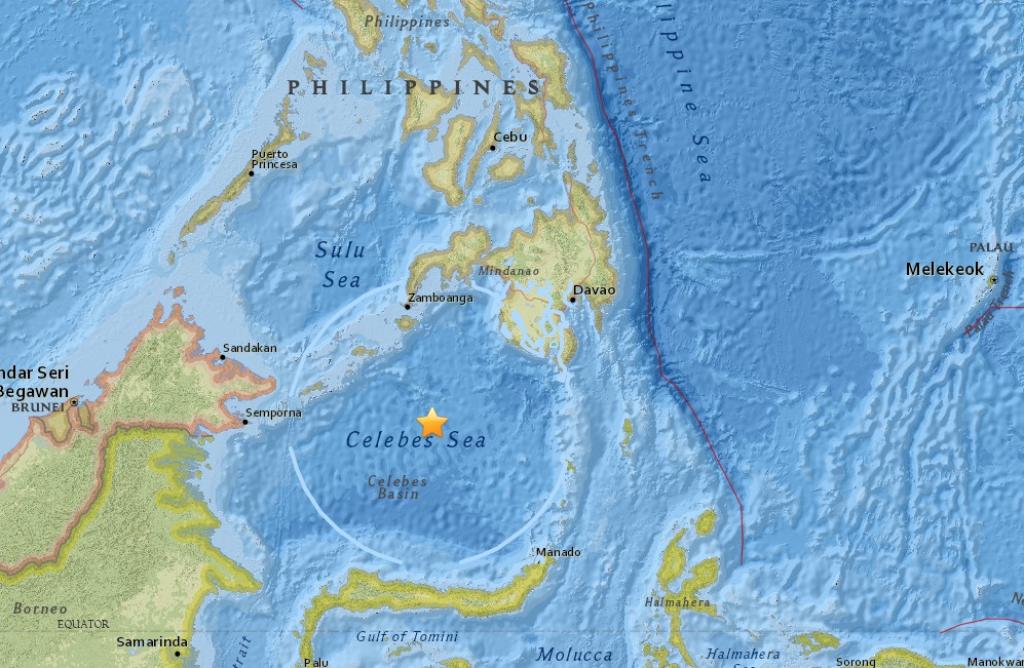 A major undersea earthquake of magnitude 7.3 struck southeast of the Philippines today (January 10) at 2:13 PM local time, according to the US Geological Survey (USGS).

The quake was measured at a depth of 613 km (380 miles) under the Celebes Sea. Despite being a strong quake, it took place far too deep to cause any damage and casualties.

There was no initial word on damage or injury resulting from the quake. Tsunami warning has not been issued.

According to Renato Solidum of the Philippine Institute of Volcanology and Seismology, the earthquake, which was set off by movement of oceanic plates 625 km under the seabed, was felt in southern General Santos city.

The undersea earthquake was centered 223 km southeast of Sulu province. The possibility of aftershocks cannot be ruled out.

The Philippine archipelago lies in the Pacific “Ring of Fire,” where earthquakes and volcanic activities are common.