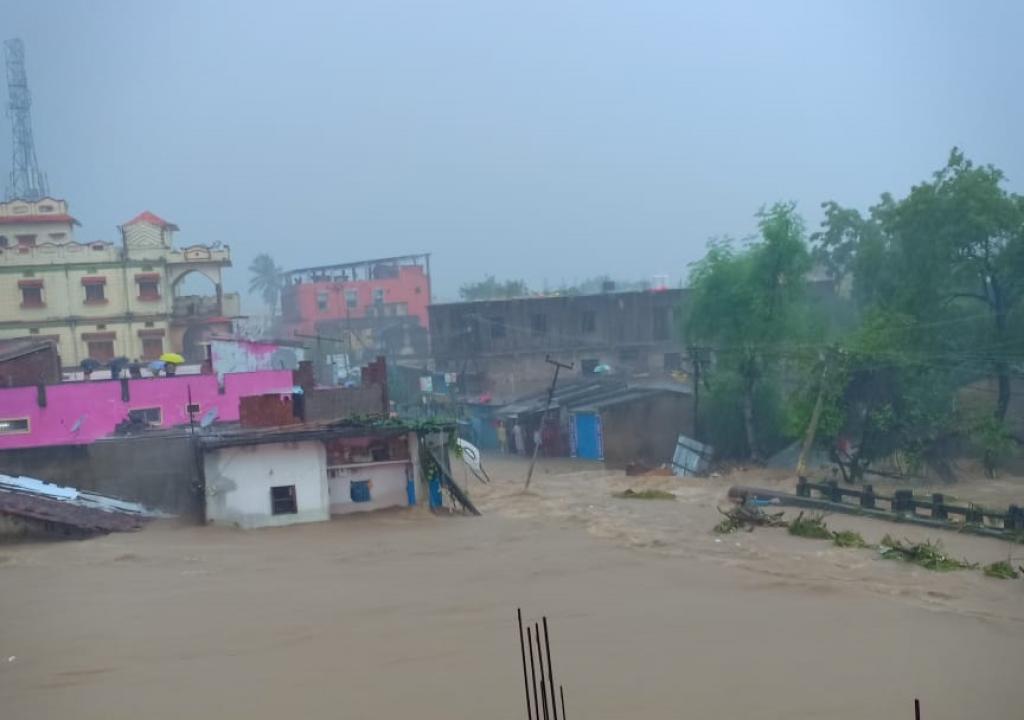 Incessant and heavy rainfall has caused floods in several districts of Odisha and killed eight people till now. Also, two people, who were washed away in the floods, are missing, said Special Relief Commissioner Bisnupada Sethi on August 13, 2019.

Odisha’s Kalahandi, Boudh, Bolangir, Subranapur and Kandhamal districts are inundated and the downpour there is expected to continue.

While the state recorded an average rainfall of 66 mm on August 13, two blocks in Kalahandi and Bolangir districts got 400 mm rain in the same duration. Four other blocks in these districts received 300-400 mm rainfall. Karlamunda in Kalahandi district got the highest rainfall in the state — 608 mm, added Sethi.

Incessant rainfall has led to water logging in most parts of Balangir, where the district administration has shut all educational institutions. The Titilagarh-Sambalpur train service has also been stopped owing to floods.

“Most villagers are stuck in four-foot-deep water,” said Nakul Majhi of Madanapur village  in Kalahandi district. Thousands of people are also faced with contamination of drinking water putting them at risk of diarrhoeal diseases.

“Villagers’ condition is miserable. Lack of clean water is a major concern as it increases the risk of catching diseases,” said Pabitra Majhi of Belakhemandi in Kalahandi district

Villagers are taking shelter in schools, cyclone shelters, river embankments and other higher places. “The whole village is flooded. We are suffering a lot and we have no food as our houses are under water. We are enduring very painful days,” said Ajaya Majhi of Ringa village in the state.