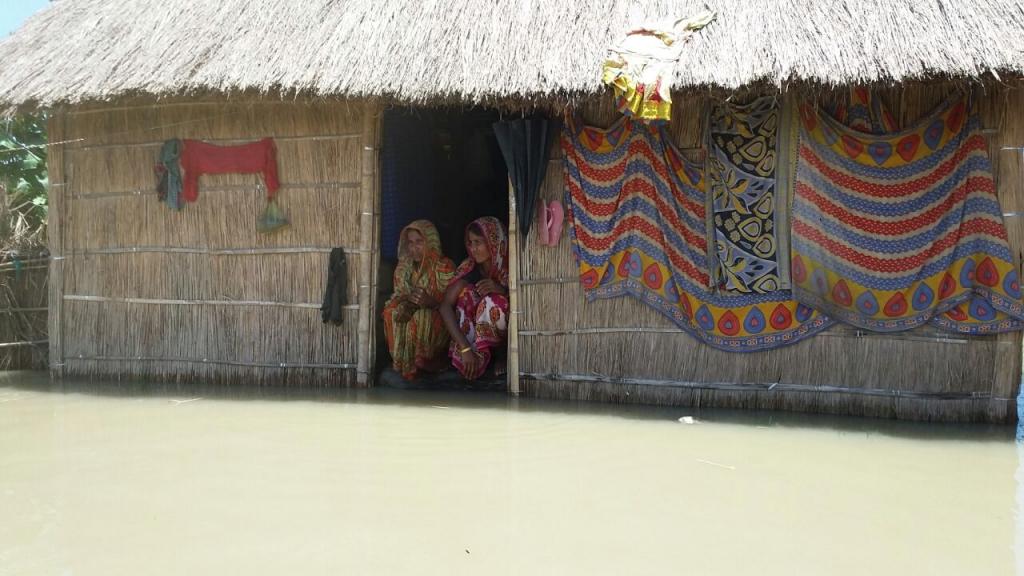 Volunteers working in Barpeta district say that no relief measures have been extended to the villages (Credit: Abdul Kalam Azad)

Incessant rain has led to heavy flooding in Assam, affecting around 153,000 human lives and damaging almost 7,000 hectares of crop area. Eight districts of the state have been gripped by the flood, with Lakhimpur being the worst-affected, Dipak Kumar Sarmah, commissioner in the Revenue and Disaster Management Department of Assam told Down To Earth.

In addition to Lakhimpur, the situation in Golaghat is also grim, where 41,790 lives have been taken over by the flood. Biswanath and Jorhat (Majuli) are the other districts with high numbers of affected population.

The situation is particularly alarming as the India Meteorological Department has forecast 115.6-204.4 mm of rainfall for July 8 and July 9 in the state. IMD has classified this volume of precipitation under heavy to very heavy rainfall.

Apart from the eight districts, heavy rains have caused flooding in many urban areas of Assam. According to ASDMA, urban flood has been reported in 12 localities of Kamrup Metropolitan district claiming two lives while two others have been injured in a landslide in Jorabat.

“Last morning there was heavy rainfall in Guwahati which caused an urban flood-like situation. Our estimate is that about 10,000 people were affected. Relief and rescue measures are going on,” Sarmah said.

According to a volunteers working in the flood-affected Barpeta district, no relief measures have been extended by the administration to the villages. “The houses are inundated, paddy fields have drowned and villagers are taking shelters in embankments. No one has visited the area after elections,” said Abdul Kalam Azad, a volunteer with Jhai Foundation, a non-profit that works in flood-hit areas.

According to Sarmah, the number of people affected by the flood is very high and such gaps have been there. “We are looking into it,” he said.