Heavy rains are not unusual in Kerala, yet...

The heavy spell cannot be seen in isolation from the seasonal distribution, rainfall abnormalities over the rest of the country or abnormal weather trends around the world 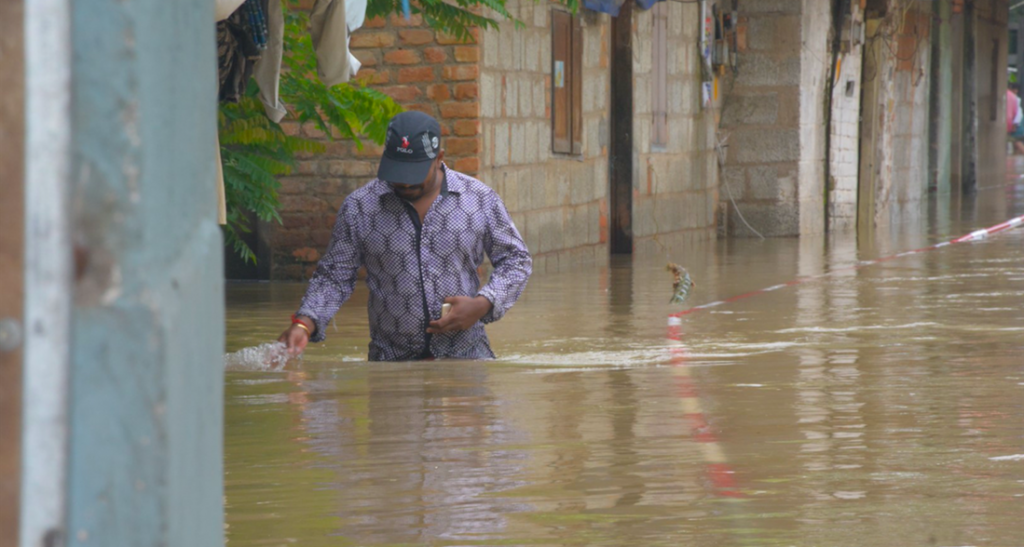 Kerala is currently facing a situation unparalleled in history. After weeks of relentless downpours, the state that covers nearly 40,000 sq km and has a population of over 35 million, is almost entirely inundated.

According to a press release by the Indian Meteorological Department, the irregular extent of the current rainfall is hard to miss. The report was the first official recognition of the abnormal state of affairs after a long delay. The state registered 42 per cent excess rainfall since the beginning of June. Since the beginning of August, the excess has been 164 per cent.

On an average, Kerala receives close to 3,000 mm of rain annually. Of this, the monsoon is responsible for a little over 2,000 mm. This year, Kerala has received close to 2,350 mm rain by 19 August, even though around a third of the monsoon season is yet to come.

Typically, Kerala receives strong monsoon showers in June and July as the southwest monsoon gains strength, after which there is a lull in later months. While the first two months saw slightly above normal rains this year, the normalcy did not extend into August. Within the first three weeks of the month, the state received close to 500 mm of rain over and above the normal rainfall of about 290 mm during the period. About half of the 760 mm rainfall received by the state since the beginning of the month, close to 75 per cent was received in eight days between August 9 and August 17, representing a departure from normal of around 300 per cent for the time period.

Rainfall is expected to be high during the entire four months of the monsoon in Kerala. According to the IMD, rainfall in the state during the months of June and July were “normal”- registering healthy excesses 15 and 18 per cent above normal respectively.

Sandwiched between them was a two-week period of dryness during which rains were up to 78 per cent below average. Nevertheless, the wild oscillation between dry and wet provided an overall semblance of normalcy and was reason enough for optimism following below normal rains that the state has received in the recent years. Ostensibly, this is the reason the state did not release waters from the 53 dams and reservoirs nestled in the Western Ghats even in the end of July when levels of the many big reservoirs were close to Full Reservoir Levels (FRL) beyond which storage compromises safety of the dam.

What might have been shrewd planning during most other years backfired this year, and how.

Ten days of heavy incessant rainfall, especially in the eastern and southern parts of the state, where the vast majority of the state’s reservoirs are situated has culminated in a state-wide deluge. While the Western Ghats extending into the Nilgiri range is a typically rain-abundant region, the latest spate of rainfall has taken nearly everyone by surprise. After the first spell of heavy showers between August 8-10 across the state, it was expected that things would become quieter over subsequent days in keeping with the typical active-break spell.

Instead, an atypical second spell of rains August 13 onwards overwhelmed the state by pounding the region with the highest concentration of reservoirs in the state. Between August 8 and August 15, each of the 14 districts of the state recorded excess rainfall. The worst hit were the districts of Idukki (679 mm), Wayanad (536.8 mm), Mallapuram (447.7 mm), Kozhikode (375.4 mm) and Palakkad (350 mm).

Each district received rains several times above the normal. The situation further worsened in Palakkad and Kozhikode with heavy rains recorded until August 18. The true extent of devastation is likely to be revealed in full detail only over the coming week when rains are likely to recede over the coming week followed by floodwater levels.

Meanwhile, the strong monsoon rains have eluded the rest of the country since the end of June. Most of the country, except the southern peninsula, has received deficit rainfall over the past two weeks while the northeastern region has suffered a deficit of close to 30 per cent despite several episodes of extreme rain and flooding reported from the region.

“Heavy rains are not unusual in Kerala; a better way to describe the rainfall this year is that the recent spells are abnormal,” says D S Pai, a senior scientist at the forecasting division of the IMD.

Although it is unclear what would push abnormal events into the realm of unusual patterns, the recent spell of rains in Kerala cannot be seen in isolation from the seasonal distribution, rainfall abnormalities over the rest of the country or indeed abnormal weather trends around the world. As of now, it seems only a matter of time before the thin line separating the abnormal from the unusual ceases to exist.