Houses damaged, power supply and road transport hit due to tornado in Odisha 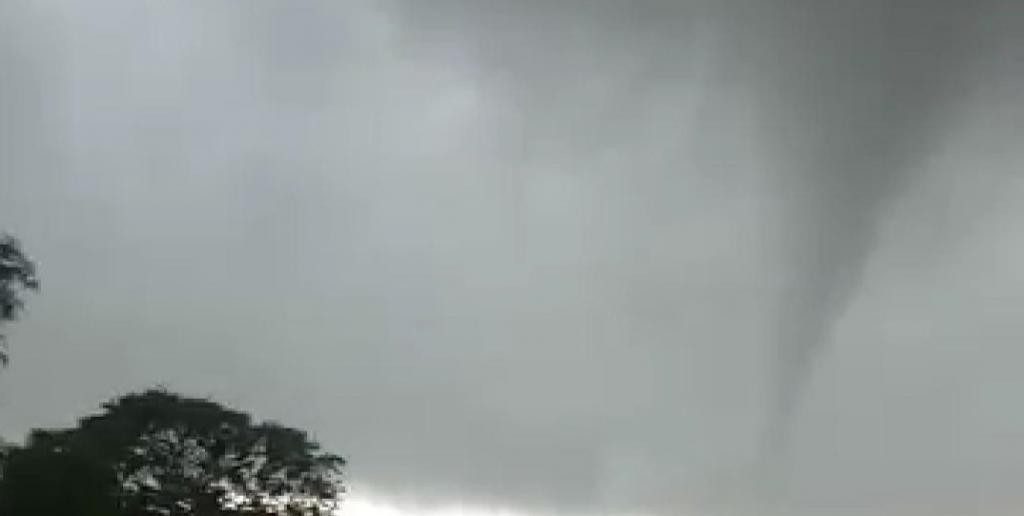 The tornado as seen in Rangani village. Photo: Ashis Senapati

Around 70 thatched houses were damaged and many trees uprooted after a violent tornado hit seaside villages in the Rajnagar block of Odisha’s Kendrapara district on the afternoon of June 15, 2020.

“The tornado zeroed on Rangani, tossing pieces of around 12 thatched roofs and injuring eight   people. Most residents who were injured, just suffered bumps and bruises,” Rasmirekha Dalei, the sarpanch of Rangani Gram Panchayat, said.

Four children were injured by flying roof tiles and metal sheets in Khamarasahi, Rabindra Singh, a resident of the village, said.

The storm hit the villages at around 4 pm and lasted ten minutes.

Many families are homeless, following the roofs of their houses being blown away in our village, a resident of Pataparia, said.

Many wooden cabins in the villages were damaged. Road communication was affected due to the uprooting of many trees. Power supply has also been badly affected in the tornado-hit areas due to the same reason.

The administration is yet to assess the actual loss and damage during the tornado. However, no loss of human life and livestock has been reported.

“The administration will soon clear the roads by removing trees. We have started distributing food to the affected persons and will arrange polythene covers for them soon,” Samarha Verma, the collector of Kendrapara, said.

“After proper assessment, the administration will provide financial help to the affected families for rebuilding their houses,” Verma added.

In 2009, at least 18 persons had died in a tornado in the Rajkanika block of Kendrapara district.