While Hudhud caused $11 billion worth of damages, the flooding in the Indian and Pakistani portions of Kashmir was worth $18 billion 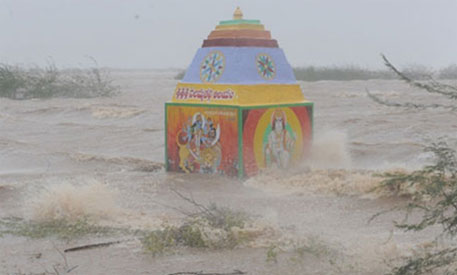 The floods in Jammu and Kashmir and Cyclone Hudhud in Peninsular India were the costliest natural disasters of 2014, a new report has said.

According to the ‘Annual Global Climate and Catastrophe Report’ by leading global reinsurance intermediary and full-service capital advisor, Aon Benfield, while Hudhud caused $11 billion worth of damages, the flooding in Indian and Pakistani portions of Kashmir was worth $18 billion.

The report noted that a total of 258 global natural disasters in 2014 caused economic losses of $132 billion. Besides the Kashmir floods and Hudhud, other notable events during the year included major flooding in China, and Southeast Europe; billion-dollar convective thunderstorm events in the United States, France, and Germany; winter storms in Japan and the United States; and widespread drought in the United States and Brazil, the report said.

The report also noted that the top three perils, flood, tropical cyclone, and severe weather, combined for 72 per cent of all economic losses in 2014.

Despite 75 percent of catastrophe losses occurring outside of the United States, it still accounted for 53 per cent of global insured losses, driven by a higher insurance penetration.