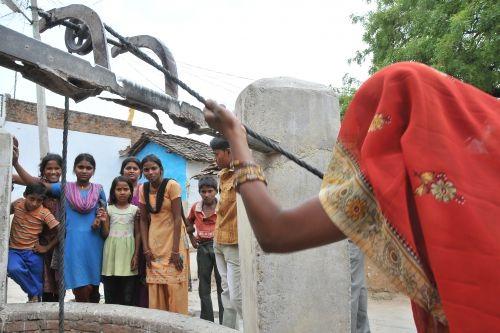 Despite the Supreme Court order that children should get nutritious food in the drought-affected areas, Jharkhand’s schoolchildren are missing on their share of mid-day meals due to the ongoing summer vacation.

Jharkhand is the one of the worst-affected states in the country with its 22 out of 24 districts facing drought.

Right to Food activists are alleging that Jharkhand is the only state among the 10 drought-hit ones which is not providing mid-day meals to children.

Rights activists blamed the current impasse on the lack of coordination among various governmental departments.

“Jharkhand’s human resources department has not received any official notification of (the) drought-affected areas from the departments concerned,” Ankita, a Ranchi-based Right to Food activist, said.

The state’s human resources development department (HRD) looks after the mid-day meal scheme whereas the home department looks after disaster management under whose purview drought falls. However, it was the Department of Home, Jail and Disaster Management which notified that the state was drought affected more than six months ago on December 10, 2015.

Jagjit Singh, the deputy secretary of HRD told Down To Earth that the children are not getting mid-day meals. "Now, we are in the process of starting it in drought-areas too. Probably, from (the) next week we will start and compensate to (the) children of not being able to provide them with meals."

While the government departments concerned pass the buck to each other, the children in Jharkhand are being denied mid-day meals, Ankita added.

On April 20, 2004, the Supreme Court had ordered in the Right to Food case (PUCL vs Union of India and Others, Civil Writ Petition 196 of 2001) that mid-day meals are to be supplied even during summer vacations in the drought-affected areas.

The apex court reiterated this directive again on May 13, 2016 in the Swaraj Abhiyan vs Union of India and Others, Civil Writ Petition 857 of 2015.

“While all the rest of the drought-affected states submitted their proposals for central government assistance for providing mid-day meals (during) the ongoing summer vacation in January 2016, Jharkhand had not taken any such measure till this month,” Ashrafi, another Right to Food activist, said.

The Jharkhand Right to Food Campaign demands that all schools across the state should start serving mid-day meals without delay.