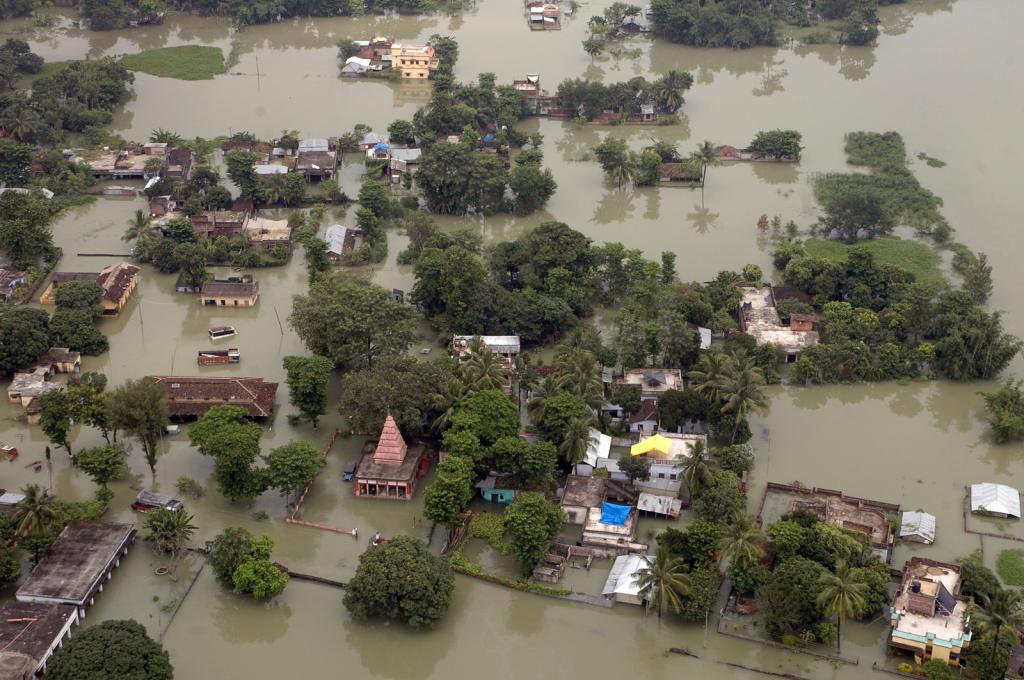 At least 12 people died in Marathwada region of Maharashtra after relentless rain in the past one week caused a flood-like situation in the region. Even few weeks ago, Marathwada was reeling under unprecedented drought. Now, heavy rain for past few days across all the eight districts of the region has affected 1,700 villages and claimed lives of 183 animals. Since Saturday (October 1), the region has received 581.5 per cent excess rains as compared to the average annual rainfall.

Almost all the major dams, including Manjra, Ujani and Terna, are overflowing for the first time since 2010.  Heavy downpour not only caused flash floods in at least four districts of Marathwada, but also damaged Kharif crops worth over Rs 500 crore in Beed, Latur and Osmanabad districts.

Latur, which used to receive drinking water by railway wagons during the early phase of monsoon, has recorded 949.6 mm rainfall against a normal of 725.3 mm. According to the statistics released by the Maharashtra State Disaster Management Unit, barring Aurangabad (87.2 per cent) and Hingoli (98.9 per cent), six other districts have recorded rainfall in excess of 100 per cent.

Excessive rain in Beed, Latur, Osmanabad and Solapur districts led to overflowing dams in the region. In Osmanabad, four gates of the Sina Kolegaon dam were opened after it breached the danger mark. The Terna dam, in the same district, was reportedly overflowing for the first time since 2010. At least 11 gates of the Majalgaon dam in Beed district were also opened to drain out excess water. Since Saturday (October 1) evening, NDRF personnel have rescued more than 65 people from villages in Latur and Nanded districts.

Just when Marathwada was expecting a good yield after a good monsoon in the last phase, extremely heavy rains destroyed crops in all eight districts of Marathwada.

In Beed district, soybean crop on 0.2 million hectares had been damaged. Initial estimate suggests that the damage is worth Rs 200 crore.

Osmanabad is the worst-hit district in Marathwada. With rivers in spate and all major dams overflowing, crop spread over 0.3 million hectares had been damaged. The total loss could be up to Rs 250 crore.

Overflowing rivers and crop loss were also reported in Nanded district. Till Monday (October 3), over 1.4 million hectares of crops have been affected. According to Agriculture Minister Pandurang Fundkar, cotton and soybeans are the two cash crops that received the maximum damage. The State cabinet, which is to meet in Aurangabad today (October 4), is likely to announce several short and long-term flood-relief measures.