The global loss due to natural and man-made disasters was double the 2016 mark, according to Swiss Re, a reinsurance firm 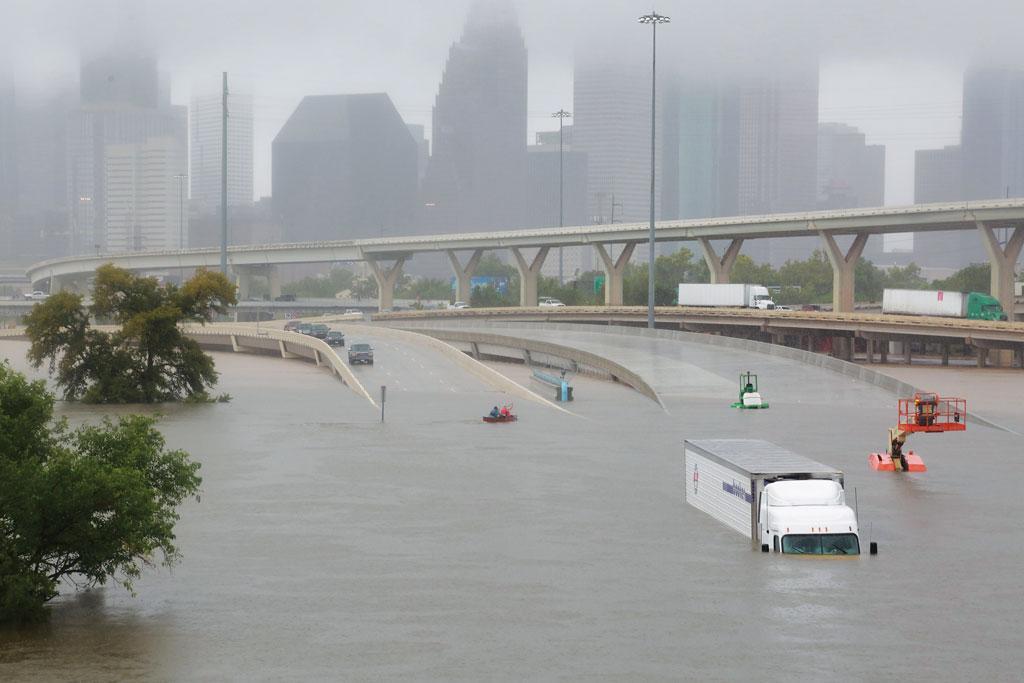 A highway in Houston, Texas, submerged by the flood waters of hurricane Harvey on August 27 (Photo: Reuters)

According to a recent study by a reinsurance firm, Swiss Re, the economic losses due to natural disasters was a record US$144 billion (117 billion euros) in 2017.

Hurricanes Harvey, Irma and Maria were responsible for $92 billion of those losses, the report said. Swiss Re also described 2017 as "a record year for wildfires", with such blazes resulting in $14 billion worth of insurance losses, also a record.

Climate change is likely to increase the frequency and global occurrence of extreme wildfire events, especially in Australia and the Mediterranean.

Experts say that the impact of weather disasters like hurricanes, storm surges, heat waves and extreme rainfall is worsening, consistent with predictions about climate change.