In Nepal, 80% of human settlement is often referred to as “informal”. These are households not in compliance with building norms and planning regulations 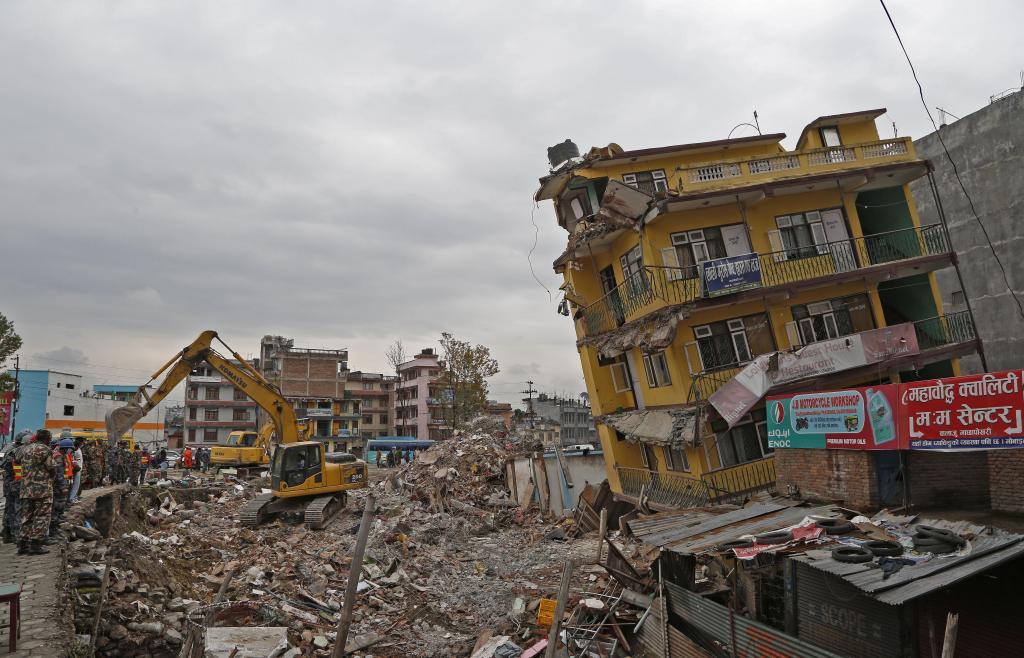 A large number of old and dilapidated buildings will be a particular risk in Nepal when future earthquakes strike. Credit: Wikimedia Commons

In April 2015 the Gorkha earthquake brought Nepal’s vulnerability sharply into focus. Alongside massive damage to the built environment, the terrible impact on the people of Nepal sent shockwaves around the world.

Despite good intentions to rebuild Nepal to be more resilient, 30 months on little progress has been made. Of more than 400,000 homes that were earmarked for reconstruction, only 12% have been rebuilt. Little of the US$4.4 billion in aid pledged for reconstruction has been disbursed.

The Nepali government instituted a reconstruction program in October 2015 that identifies beneficiaries and entitles them to three instalments of compensation. The payments are dependent on progress and building code compliance. Those who do not own land are locked out of reconstruction support. 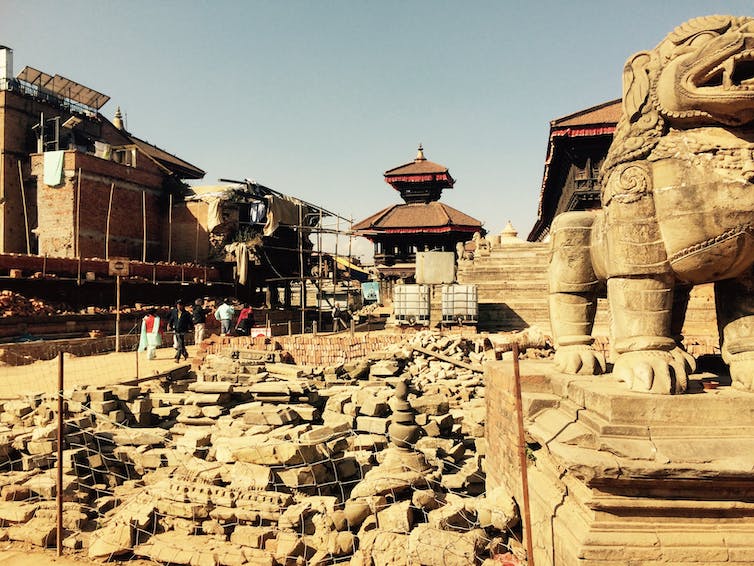 More than 600,000 buildings were fully damaged in the 2015 earthquake in Nepal. Jason von Meding, Author provided

Read more: The science behind the Nepal earthquake

Unfortunately, despite such efforts, there are still more than five million existing buildings standing after the earthquake that are not to code. Many of these are “informal” and built by traditional masons. There is also a large stock of old, dilapidated buildings. These buildings will be a particular risk in Nepal when future earthquakes strike.

Widespread retrofitting would protect lives and property in the future. Strictly speaking, all new buildings must meet the code – something difficult to monitor and enforce. Forcing people into compliance also has drawbacks: it can lead people to bypass it by unlawful means, and can be particularly onerous for the poor.

Nepal needs a strategy for “safe building” that is acutely aware of the resource inequalities and other social impediments that block progress on code compliance.

Housing typology and quality in Nepal

Read more: Two years after the earthquake, why has Nepal failed to recover?

Traditional building knowledge is clearly a valuable asset in determining how to save lives in an earthquake – but technical advances have been made that must now be integrated during reconstruction. The five million buildings that survived the earthquake require urgent retrofitting.

In Nepal, 80% of human settlement is often referred to as “informal”. These are households that are not in compliance with building norms and planning regulations. This can be a measure of marginalisation and can bring spatial segregation and discriminatory treatment.

In addition, Nepal is rapidly urbanising. The temptation in urban areas is to build higher, but in a country like Nepal this could have fatal consequences in an earthquake. Local engineers fear mass casualties if heavy, reinforced concrete structures (as are being widely built) collapse in the future.

Why has reconstruction stalled?

More than 400,000 households entered into an agreement, but so far only 12% have completed the program.

The National Reconstruction Authority (NRA) undertook a lengthy consultation period in the name of building back better. Development of a building code compliance process and a catalogue on rural housing took 18 months to produce and disseminate.

By the time guidance was finally available, many beneficiaries had spent the first instalment on other priorities – many of those affected struggle to provide for the basic needs of their families.

Due to the remoteness of many reconstruction properties in the mountainous terrain, checking for compliance is a major challenge. In addition to the delays in establishing a suitable mechanism, the NRA has been unable to provide enough technical experts in remote, rural areas to implement their own policy.

Read more: What can tourists do to help, not hinder, Nepal’s quake recovery?

Safe building is inherently difficult in a developing country like Nepal. For many people, putting food on the table is a daily struggle. Investing in earthquake-resistant housing measures is simply not within reach.

In such situations, people are forced to accept acute risk in the course of just surviving. This includes living in buildings that might fall down at any time. In Nepal, people have continued with life since the 2015 earthquake and have reoccupied dangerous premises.

Beyond simply improving the effectiveness of building code enforcement, it’s important we don’t neglect social and economic aspects of the dilemma in Nepal. While affordability is critical, quality is achievable by adapting Indigenous building techniques. If safe building is valued, people would voluntarily comply with codes and regulations.

The potential for change will be wasted if we fail to understand and address the chronic vulnerability of people recovering from this disaster. Not everyone has the same access to opportunities and resources – so better codes and regulations only go so far.