A crack near the ‘bergschrund’ (a crevasse that forms where moving glacier ice separates from stagnant ice) of the steep hanging glacier had already opened some years ago, the images showed 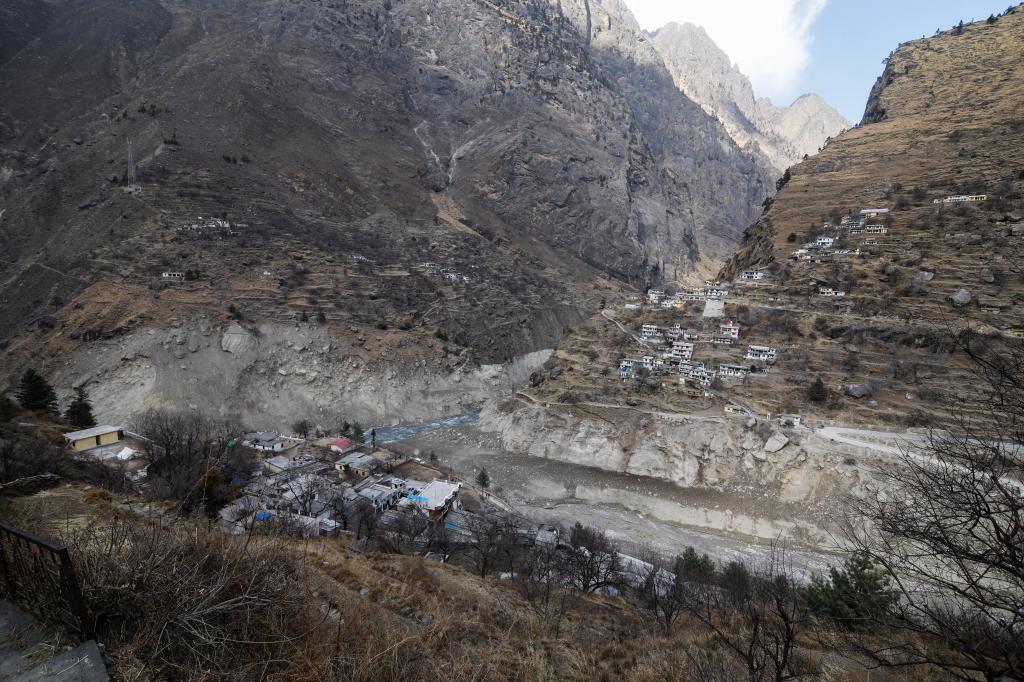 For DTE’s complete coverage of the Chamoli disaster, click here

A rock and ice avalanche caused the devastation in and around Chamoli district in Uttarakhand in February this year, a study that analysed satellite images, including those from the European Space Agency (ESA), has said.

Some 200 people were killed and two major under-construction hydroelectric power facilities were destroyed after the large mass of rock and ice, around 27 million cubic metres in size, barreled down the Ronti Gad, Rishiganga, and Dhauliganga river valleys from the Ronti peak February 7, 2021, a statement on the ESA website said.

A team of 53 scientists later analysed satellite imagery as well as seismic records and eye-witness videos to determine the timing of the event and produce computer models of the flow.

Their study was published in the Science journal June 10.

One of the scientists, Andreas Kääb, from the University of Oslo, calculated that 80 per cent rock in the avalanche completely converted the 20 per cent glacier ice into water over the 3,200 metre elevation difference from Ronti Peak to the Tapovan hydropower plant. “This conversion is largely responsible for the devastating impact of the resulting mud and debris flood wave,” Kääb said.

The scientists also showed that a crack near the bergschrund (a crevasse that forms where moving glacier ice separates from stagnant ice) of the steep hanging glacier had already opened some years ago.

The study also revealed that an ice avalanche from a neighbouring glacier had occurred in 2016.

The study showed that satellite data could play a key role “in future high mountain hazard assessments, in particular for evaluating large and inaccessible areas”, the scientists stressed.

Dan Shugar, associate professor in the Department of Geoscience at the University of Calgary and lead author of the study, said:

The rapid increase in the number of satellites orbiting Earth allowed our team to understand the basics of what happened in a matter of hours. We now have access to satellites that image every part of Earth every day – sometimes even multiple times per day – and this has really revolutionised how we do this sort of science.

They added that while rock avalanches were unpredictable, they would be occurring more frequently in a warming world.