Scientists re-confirm possibility of large earthquakes in the Himalayas 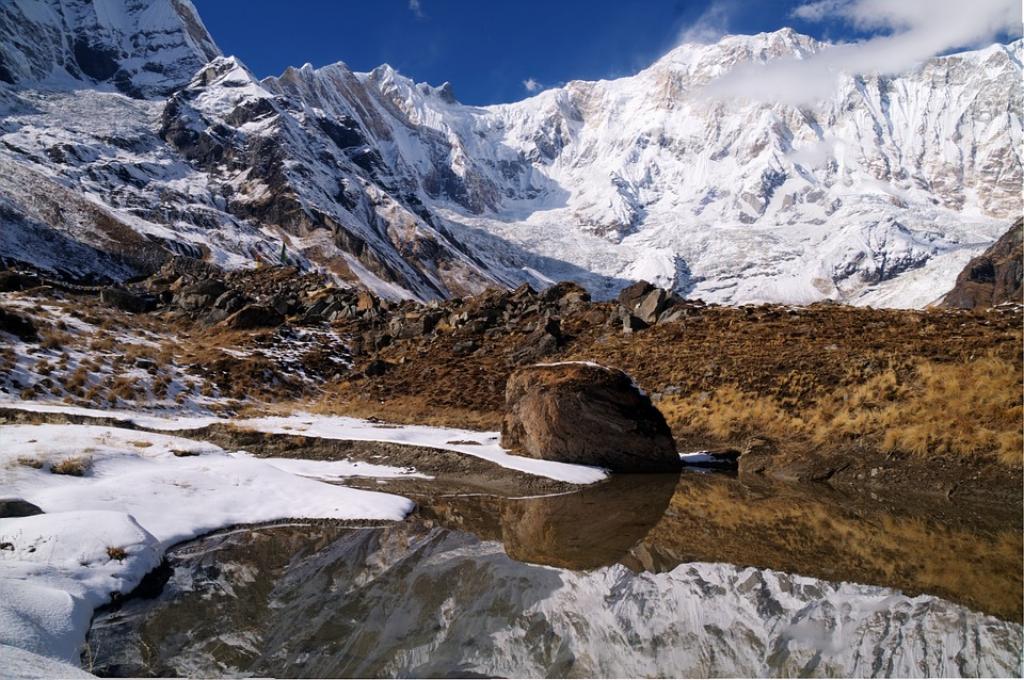 A new study has reconfirmed possibility that large earthquakes are imminent in the Himalayas. While high levels of strain are getting constantly accumulated along the Main Himalayan Thrust region, only a fraction of it is getting released through small earthquakes of magnitudes less than 5 on the Richter scale.

The study is based on data collected from 70 continuous and three episodic GPS stations in different parts of country over a period of two decades from 1996 to 2015. Out of the 73 GPS stations, 43 were located all along the seismically active northern (Himalayas) and eastern (Indo-Burmese and Andaman Arc) boundaries of the Indian tectonic plate.

The study published recently in journal Scientific Reports, researchers said, “inverse modelling of India-fixed GPS rates of Himalayan sites (3 to 20 mm per year) from Ladakh Himalaya in the west to Arunachal in the east give the varying slip of 16-20 mm per year along MHT  at a depth of 15 to 20 km with a width of about 70-100 km from the Frontal Himalayan Thrust (FHT) i.e.foothills of Himalayas.” 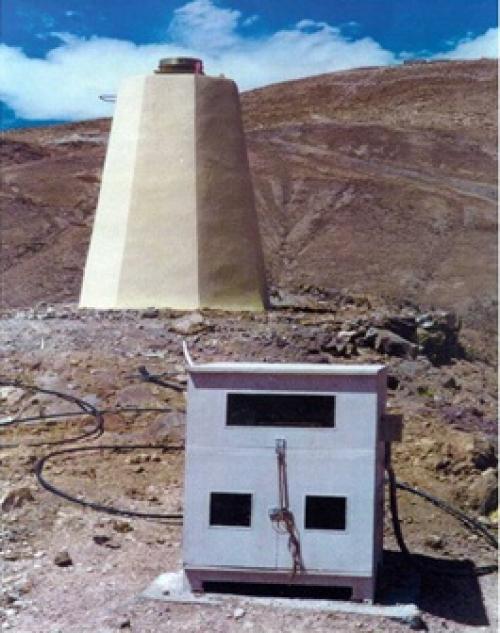 The study is also significant as it has come up with a new angular velocity for the Indian plate. It has found that the plate had three per cent higher angular velocity than all previous estimates. This indicates more rapid variations in the rate and direction of the movement along the boundaries of the plate. The finding would be of great use to researchers globally as it is expected to help determine the crustal motion within the Indian plate and its boundaries more accurately upto millimetre precision.

Speaking to India Science Wire, Senior Principal Scientist at CSIR’s Bengaluru-based Fourth Paradigm Institute (CSIR-4PI) and the leader of the team, Dr. Sridevi Jade, said the study is data intensive and unique as for the first time angular velocity of Indian tectonic plate is estimated using as many as 30 continuous GPS sites within the plate which include for the first time sites from both the western and eastern regions.

The study has ruled out any segmentation of the Indian plate. “No doubt, there havebeen earthquakes within the Indian plate, notable being the 2001 Bhuj and 1993 Latur earthquakes. But, they were due to localized regional deformations along active faults in these regions. Strain rates estimated for the different parts of the plate interior clearly indicate that there is low or no deformation at all in the plate interior and the plate motion is best described with a single angular velocity”, Dr. Jade said.

The team has suggested a detailed investigation of the area around Thiruvananthapuram and Pune after they found that thesetwo isolated GPS stations are moving at a rate of 3 mm per year.  Calling for the setting up of dense networks of GPS stations in the two regions, the researchers noted that the movement may be due to some localised active deformation. “There is a need to delineate the regional deformations in the two regions”, said Dr. Jade.

ALSO READ: Himalayan region will have earthquakes greater than magnitude 8 in the future

Thiruvananthapuram and neighbourhood comes within what is called Achankovil Shear Zone, which covers a 130 km long swathe of land cutting across Kerala and Tamil Nadu, while Pune falls in the Panvel Flexure zone on the western continental margin of the Indian plate.

The research team includedT.S.Shrungeshwara of CSIR-4PI; Dr. Kireet Kumar of G.B.Pant National Institute of Himalayan Environment and Sustainable Development, Almora; Dr.PallabeeChaudhury and Dr.Rakesh K. Dumka of Institute of Seismological Research, Gandhinagar; and Dr.HarishBhu of M.L.Sukhadia University, Udaipur. The study was funded by CSIR under its Advanced Research in Engineering & Earth Sciences (ARiEES) project and the Ministry of Earth Sciences.(India Science Wire)