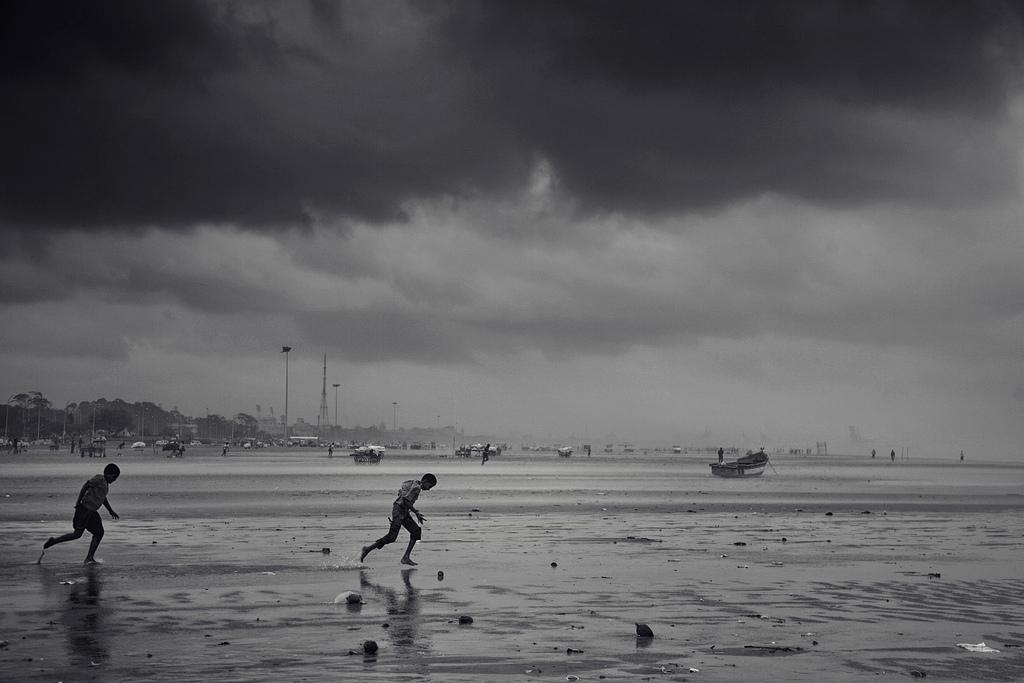 The fishermen have been asked to avoid the sea for the next 48 hours. Credit: Vinoth Chandar/ Flicker

Cyclone Vardah made landfall in Chennai and north coastal districts of Tiruvallur and Kancheepuram in Tamil Nadu, bringing heavy to very heavy rainfall with wind gusting at 120-130kmph. The death toll has touched four so far (2 in Chennai 1 in Kancheepuram and 1 in Nagapattinam). Chennai has come to a standstill, with suburban rail services suspended, nearly 50 flights delayed or diverted and runways shut.

In Andhra Pradesh, the first spell of rainfall due to cyclone Vardah was recorded in the coastal town of Machilipatnam, where farmers worry about standing paddy crop being badly affected due to winds. Of the nearly 200,000 hectares of paddy sown in the Krishna district at least 90 per cent of the crop is yet to be harvested.

Puducherry continues to experience heavy rains. Five houses near Villupuram have collapsed in the process.

Even after landfall, the system is likely to maintain its intensity and cause heavy to very heavy rainfall in Chennai, Thiruvallur and Kanchipuram districts of north Tamil Nadu, Puducherry and Nellore district of Andhra Pradesh during next 12 hours after landfall.

As the cyclone is expected to move towards interior districts of Tamil Nadu and Rayalaseema, these regions may also experience heavy to very heavy rain at isolated places during next 24 hours.

Earlier in the day

The coastal areas of Tamil Nadu and Andhra Pradesh hwere put on high alert as the “very severe” cyclonic storm Vardah was expected to make landfall this (December 12) afternoon. According to the India Meteorological Department, the cyclone, which had developed over southeast Bay of Bengal on December 8, was positioned about 150 km east-northeast of Chennai and 220 km east-southeast of Nellore at 05:30 AM today.

The coastal areas of Tamil Nadu experienced heavy rain and strong winds since morning. The Cyclone Vardah is likely to make landfall near Pulicat, around 60 km from Chennai, with wind speed of around 80 to 100 km an hour. However, its intensity is likely to reduce by the time it makes landfall. 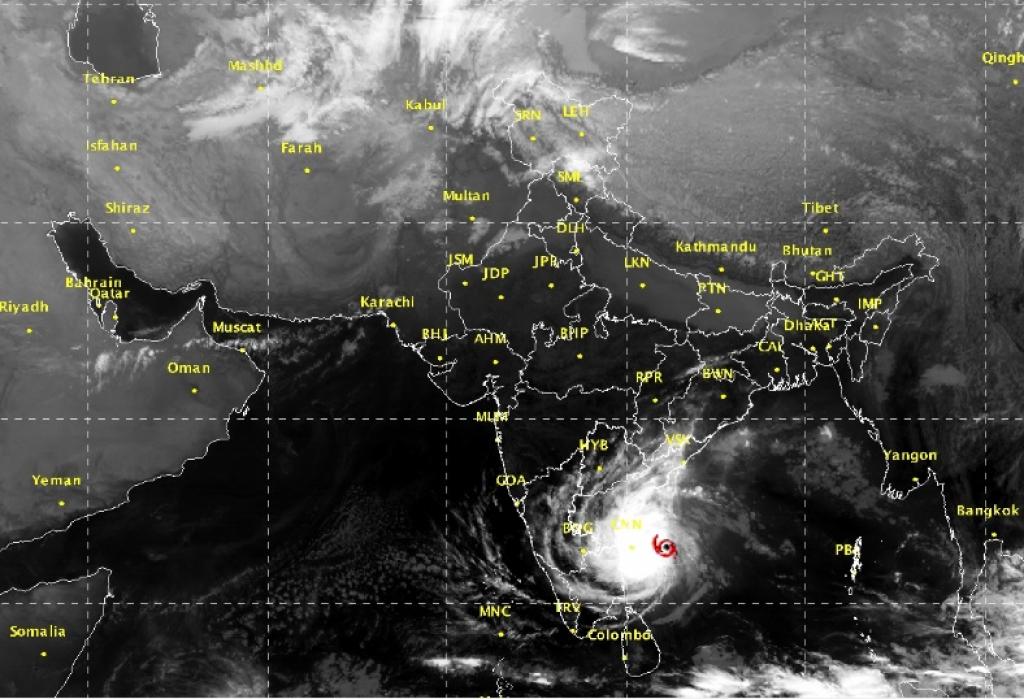 While power supply has been suspended in many parts of coastal districts of Tamil Nadu as a precautionary measure, the fishermen have been asked to avoid the sea for the next 48 hours. The schools and colleges in Chennai, Kancheepuram and Tiruvallur have been ordered shut today.

According to the Met department’s advisory, the storm can damage thatched huts, power and communication lines. The Paddy crops and orchards may also be affected in Chennai, Thiruvallur and Kanchipuram districts of Tamil Nadu and Ongole and Nellore districts of Andhra Pradesh and Puducherry.

A statement from the Tamil Nadu chief minister's office assured that Army, Navy, Air-force and Coast Guard have been alerted to be on standby for deployment as and when necessary. The teams from the Navy and the National Disaster Response Force are also on standby in Andhra Pradesh.