The cyclonic circulation, developed over Bay of Bengal, is likely to persist and bring an intense spell of rain until the end of the week 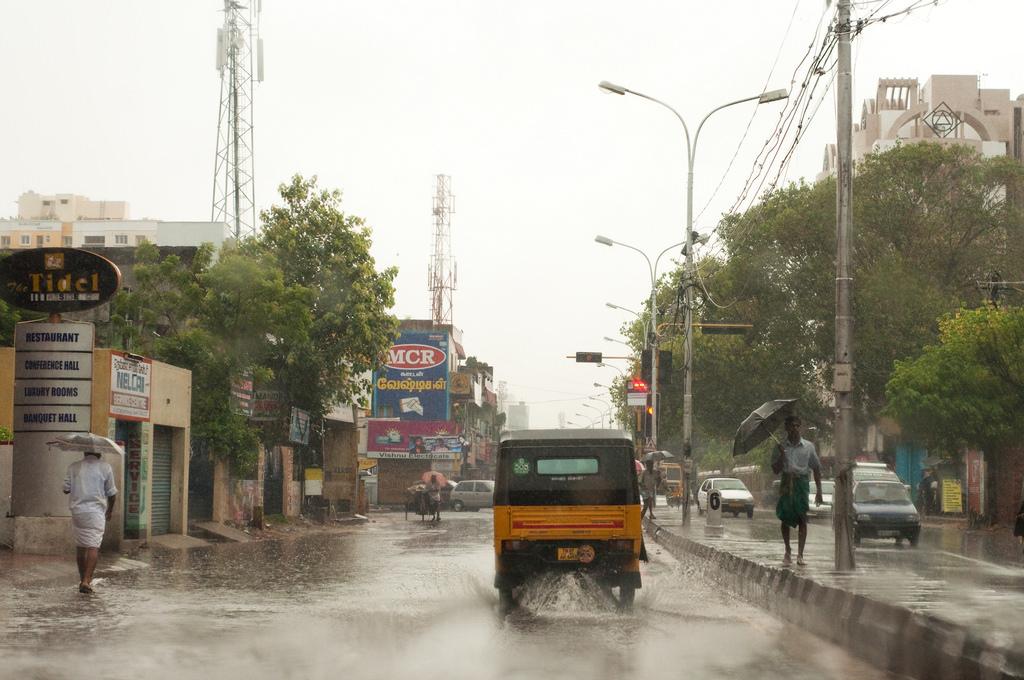 IMD declared the onset of the northeast monsoon on October 27 and since Sunday (October 29) night, coastal Tamil Nadu is experiencing heavy showers. One person was reportedly killed in Thanjavur on Monday while schools and colleges in Chennai and Kancheepuram have been ordered to remain closed today.

While Karaikal received 130mm of rain, Chennai received 20mm until last evening, according to the IMD. Chennai had received the same amount over Sunday as well. The moderate thundershower is the result of a cyclonic circulation over southwest Bay of Bengal and adjoining Sri Lanka extending up to 3.6 km above mean sea level. The circulation is likely to persist and bring an intense spell of rain until the end of the week.

Tamil Nadu will hope that the strong spell of rain is a sign of a good monsoon this year after year’s deficit. In 2016, the state was declared drought-hit.

The IMD has predicted a normal northeast monsoon this time round. Thundershowers have been forecast in parts of Kerala and Arunachal Pradesh as well.