Since 1600, 278,880 people have been killed by volcanic activity, with many of these deaths attributed to secondary hazards associated with the main eruption 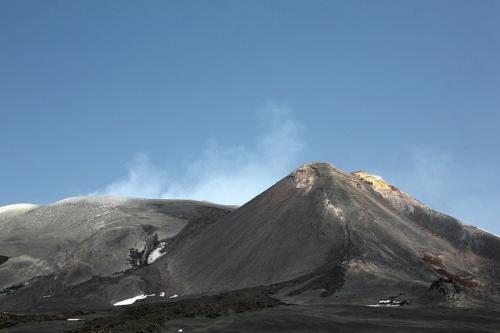 An eruption of Mount Etna recently caught out some BBC journalists who were filming there. The footage was extraordinary and highlighted the hazards volcanoes pose to humans and society.

Since 1600, 278,880 people have been killed by volcanic activity, with many of these deaths attributed to secondary hazards associated with the main eruption. Starvation killed 92,000 following the 1815 Tambora eruption in Indonesia, for example, and a volcanic tsunami killed 36,000 following the 1883 Krakatoa eruption.

Since the 1980s, deaths related to volcanic eruptions have been rather limited, but this is not entirely a result of increased preparedness or investment in hazard management – it is significantly a matter of chance.

Research shows that volcanic activity has shown no let up since the turn of the 21st century – it just hasn’t been around population centres. Indeed, there remain a number of volcanoes poised to blow which pose a major threat to life and livelihood.

Known for its 79AD eruption, which destroyed the towns of Pompeii and Herculaneum, Vesuvius is still a significant hazard given that it overshadows the city of Naples and its surrounds, which are home to over 3m people. 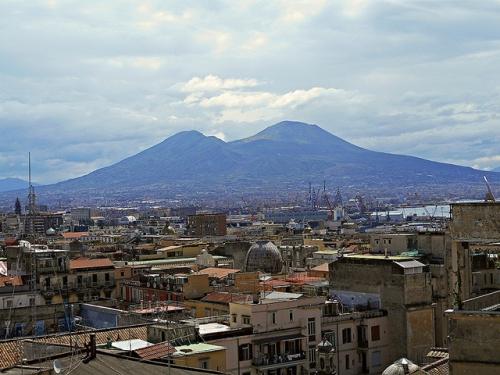 It is also known for a particularly intense form of eruption. Plinian (after Pliny the Younger who was the first to describe the 79AD event) eruptions are characterised by the ejection of a vast column of gas and ash which extends into the stratosphere, far higher than commercial airliners fly.

Were such an eruption to occur at Vesuvius today, it is likely that much of the population would already have been evacuated as a precursory swarm of earthquakes would likely herald its imminent approach. But those who remained would initially be showered with huge pumice rocks too large to be kept aloft by the column of gas.

Then, as the volcano began to run out of energy, the column itself would collapse, causing smaller particles of rock (from fine ash to small boulders) to fall from the sky and back to Earth at high velocity. Asphyxiating clouds of gas and pulverised rock – pyroclastic density currents – would then flood down the slopes of the volcano, annihilating anything in their path. Such gas-ash features have been known to travel tens of kilometres and at terrifying speeds, potentially turning modern Naples into a new Pompeii.

This central African volcano has erupted several times over the last few decades and while its eruptions aren’t particularly explosive, it produces a particularly runny – and dangerous – form of lava. Once effused, this lava can rapidly move down the flanks of the volcano and inundate areas with little or no warning.

In 2002, the lava lake at the volcano’s summit was breached, resulting in streams of lava hurtling towards the nearby city of Goma at 60km/h, engulfing parts of it to a depth of two metres.

Fortunately, warnings had been issued as the volcano’s unrest has made it the focus of intense research – and over 300,000 people were evacuated in time. Should such an event occur again, we have to hope that the authorities are equally prepared, but this is a politically unstable area and it remains seriously vulnerable.

“Popo”, as the locals call it, is just 70km south-west of the one of the largest cities in the world: Mexico City, home to 20m people. Popo is regularly active and its most recent bout of activity in 2016 sent a plume of ash to an altitude of five kilometres.

In recent times, and indeed throughout much of its history, eruptive events at Popo have consisted of similarly isolated ash plumes. But these plumes coat the mountain in a thick blanket of ash which, when mixed with water, can form a dense muddy mixture which has the potential to flow for many kilometres and at relatively high speeds. 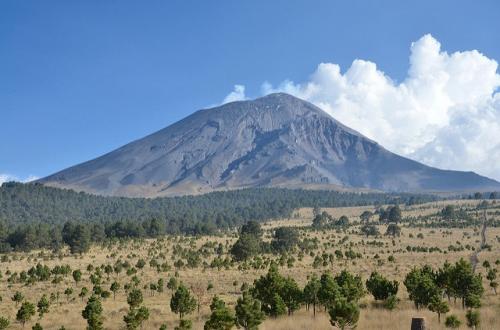 Such phenomena, known as “lahars”, can be extremely deadly, as exemplified by the Nevado del Ruiz disaster of 1985 when around 26,000 people were killed in the town of Armero, Colombia, by a lahar with a volcanic source that was 60km away.

The Nevado del Ruiz tragedy was the direct result of volcanic activity melting ice at the volcano’s summit, but a large volume of rainfall or snowmelt could feasibly generate a similar lahar on Popo. This could flow down-slope towards nearby settlements with little or no warning.

Otherwise named Krakatau, Krakatoa’s name is infamous; 36,000 people were killed by the tsunami triggered by its 1886 eruption, which released more energy than 13,000 Hiroshima atomic bombs. The eruption destroyed the volcanic island completely, but within 50 years, a new island had appeared in its place.

The new island is named Anak Krakatau (Child of Krakatoa) and since the 1920s, it has been growing in episodic phases, reaching about 300 metres in height today. New and significant activity commenced in 2007 and since this time, further episodes of activity were noted at the volcano, most recently in March 2017.

No one knows for sure whether or not the spectacular growth of Anak Krakatau means it may one day repeat the catastrophe its “father” unleashed, but its location between Indonesia’s two most populated islands, Java and Sumatra, means it poses a grave threat to life.

Few have heard of this volcano in a remote part of Asia – and its last eruption was in 1903. However, its history tells a rather scarier story. In around 969AD, the volcano produced one of the largest eruptions of the last 10,000 years, releasing three times more material than Krakatoa did in 1886.

One of the chief hazards is posed by the massive crater lake at its peak (with a volume of about nine cubic kilometres). If breached, this lake could generate lahars that would pose a significant threat to the 100,000 people that live in the vicinity.

In the early 2000s, scientists began monitoring the hitherto under-monitored volcano, and determined that its activity was increasing, that its magma chamber dormancy was coming to an end, and that it could pose a hazard in the following decades.

Further complicating things is the fact that Changbaishan straddles the border of China and North Korea. Given such a geo-politically sensitive location, the effects of any volcanic activity here would likely be very hard to manage.