Once again, Chennai is sinking; death toll rises to 14 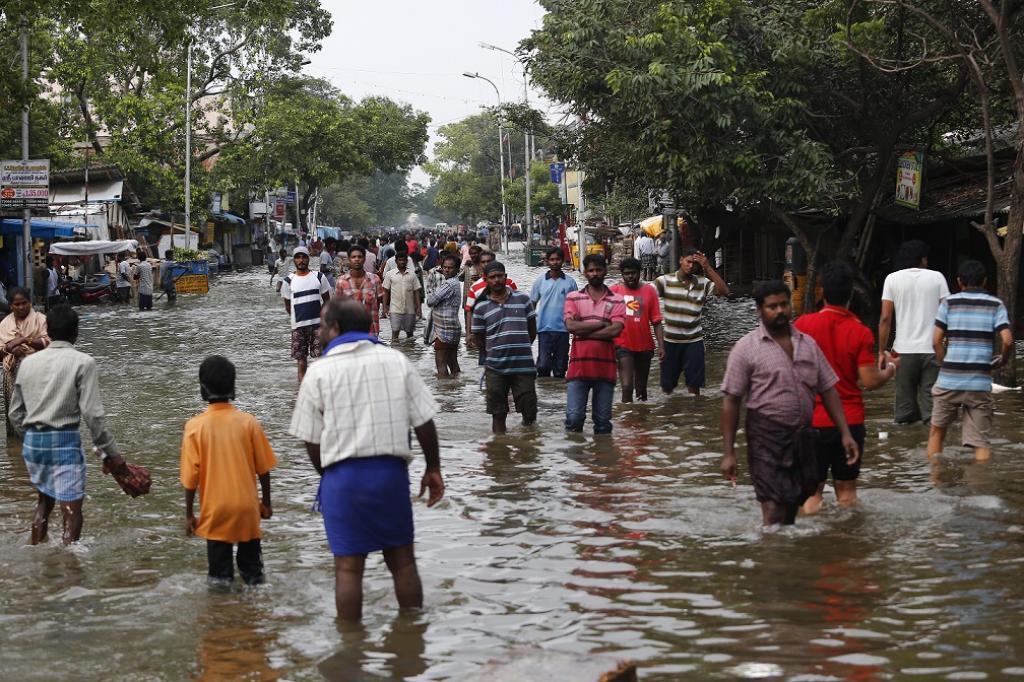 The incidents of severe waterlogging revived the memory of 2015 when Chennai witnessed its worst floods. Credit: CSE

The death toll from heavy rain and flooding-related incidents in Chennai has increased to 14, with five deaths occurring between Thursday night and Friday morning.

Yet again, torrential downpour has brought the capital city of Tamil Nadu on its knees. Several coastal pockets of Chennai experienced severe waterlogging with people seen trudging through floodwaters and some remaining stranded on the roads for hours.

In just eight days since the onset of northeast monsoon on October 27, the city recorded 554.2 mm of rainfall—which is 74 per cent of the long-term average of 750 mm it receives between October 1 and December 15.

As a preventive measure, power connection has been stopped by the authorities in 70 low-lying localities across the city. The government has also kept 115 multi-purpose shelters ready in the coastal districts.

Due to the low pressure area formed over Sri Lanka and southwest Bay of Bengal and its associated cyclonic circulation, isolated heavy rainfall is expected over Tamil Nadu till November 4, the India Meteorological Department (IMD) had predicted.

The incidents of severe waterlogging revived the memory of 2015 when Chennai witnessed its worst floods in over a century with over 150 people losing lives. The city is likely to receive 300-500 mm more rain in the next few days, according to BBC weather.

Meanwhile, the rain in and around Chennai has increased storage levels of four reservoirs— Poondi, Cholavaram, Red Hills and Chembarambakkam—supplying drinking water to the city.

The famous Marina beach front and service lanes were under water and the coastal district of Nagapattinam witnessed submerging houses and rains affecting standing crops over thousands of hectares.