Development after Haryana released 8.28 lakh cusecs of water on August 18 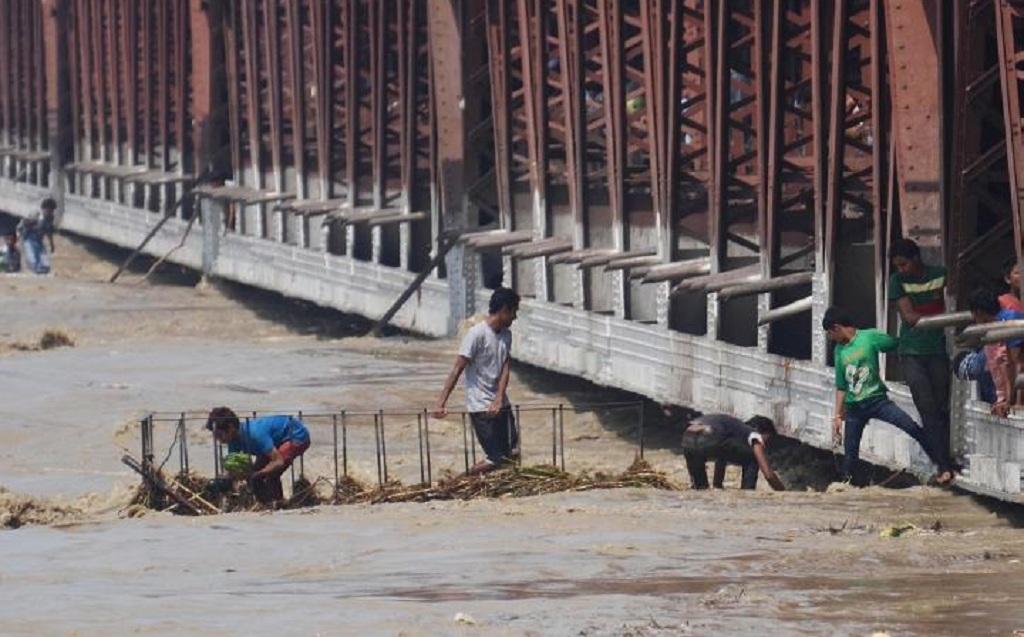 The Yamuna had crossed the 207 metre mark in Delhi in 2013 as shown in this photo of the Old Bridge. This time, the levels could be much higher, worry officials. Photo: Vikas Choudhary/CSE

The Yamuna river breached the danger mark in Delhi on the evening of August 19, 2019, after Haryana released 8.28 lakh cusecs of water from Hathni Kund Barrage in Yamunanagar district on August 18.

Delhi Chief Minister Arvind Kejriwal appealed to those staying on the floodplains of the Yamuna to evacuate and shift to the tents set up by the city government and not to return till water recedes, as the nature of water flow in the river can’t be predicted.

The water level is expected to rise further as Haryana released 1.43 lakh cusecs of water at 6 PM on August 19. This water will likely reach Delhi within 36 to 72 hours.

Kejriwal has requested the people of Delhi not to panic as the “government is taking all possible measures” to effectively deal with the situation, which may affect residents of low-lying areas in six districts (North, North East, Shahdara East, Central, and South East) where the Yamuna flows through.

In a statement, the Delhi government said it had started to evacuate people and take them to tents on both the sides of the Yamuna. So far, 2,120 tents have been set up. Also, 53 boats are ready for the rescue operations and 30 boats have been placed in 30 locations, where higher impact of the flood is anticipated.

Earlier in 2013, Haryana had released 8.06 lakh cusecs of water that had resulted in raising the water level to 207.3 metres.

Considering the huge volume of water released on August 18, the Yamuna’s water level may rise higher this time, officials said. “The next two days are very crucial. We are monitoring the situation”, said the chief minister.

The national capital has received 2.03 mm rainfall since August 18.