In a significant shift in stand three days ahead of the Copenhagen talks, India offered to cut carbon emission intensity 20-25 per cent of 2005 levels by 2020. The reduction in emission intensityemissions per unit of gdp would be voluntary and achieved through policy intervention such as mandatory fuel efficiency standards for all vehicles, minister of state for environment and forests Jairam Ramesh told Parliament. He made it clear India will not submit to legally binding targets at the December 7-18 summit.

Analysts said India was at the crossroads after usa and China announced their plans to slash emissions.On November 24 US President Barack Obama said his government would set a target to cut emissions 17 per cent below 2005 levels (3 per cent below 1990 levels) by 2020. The US target falls far short of the 40 per cent cut below 1990 emission levels by 2020, which scientists say is required to limit global temperature rise at 2oC above pre-industrial levels. The next day, China proposed to reduce its carbon intensity 40-45 per cent of 2005 levels by 2020.

Environmentalists said, with the announcement, India joined the bandwagon of industrialized countries who wants to move from legally-binding cuts to voluntary cuts. Immediately after Rameshs speech, the White House issued a statement saying there is an emerging consensus on a global deal at Copenhagen.

Top Japanese scientists, including four Nobel laureates, have criticized the new government for plans to slash research budgets, warning the country will lose its high-tech edge. As part of an effort to trim US $33.7 billion off next years budget, the government plans to reduce 30-50 per cent funding and terminate some projects. It is currently reviewing 400 projects, including the worlds fastest supercomputer. Since taking office in September, Prime Minister Yukio Hatoyamas government has sought to slash government spending to free up funds, mainly for social welfare.

Seventeen indigenous Penan communities in the Malaysian state of Sarawak have declared a patch of rainforest as forest reserve. They hope the proclamation would help preserve the regions last remaining primeval forest and draw the governments attention to recognize their historical presence in the area. The Penan Peace Park declaration is likely to spur a conflict as the government had granted the 163,000 hectare (ha) forest to timber giant Samling. The Penan, some of whom still live as hunter-gatherers, have been battling loggers since the 1980s when the government promoted industrial logging. Following international pressure, Kuala Lumpur had pledged to create 6,000,000 ha of forest reserve. But the countrys auditor-general, in the latest report, said there is no indication if the government intends to do so. The report criticized the countrys forestry management and said logging has only increased in the Sarawak rainforest contributing to environmental degradation.

China has approved genetically modified (GM) strains of rice and corn, paving the way for their commercial production in two-three years. The government said the move is to feed the countrys growing population amid shrinking arable land and water reources. Designed by Chinese scientists, this is the countrys first approval for grains. Until now, China has been a major producer of GM cotton, papaya and tomatoes. Non-profit Greenpeace has termed the move dangerous and called on Beijing to make public the health and environmental impacts of the varieties. No GM rice is grown commercially in the world.

Europe also approved a GM corn variety, mir 604 developed by Swiss biotech firm Syngenta, but has limited it to imports. The approval came by default after EU farm ministers failed to agree whether to approve the variety.

Tehran has ordered its atomic energy organization to build 10 new nuclear enrichment plants. Iran should produce 20,000MW nuclear energy by 2020 which would require 250-300 tonnes of nuclear fuel a year, President Mahmoud Ahmadinejad said at a cabinet meeting. Work on five plants would start in two months. His decision comes two days after the International Atomic Energy Agency, the UN nuclear watchdog, censured Iran over its nuclear programme and called on Tehran to halt the construction of a newly revealed enrichment facility near the city of Qom. World leaders fear Iran could use the enrichment facilities to prepare nuclear weapons while Iran maintains it is for civilian purposes. The government also announced the countrys first nuclear power plant, built by Russia in the city of Bushehr, has undergone a pre-commissioning test and would go online by March 2010.

An Interpol-coordinated operation seized 1,800 kg of ivory and arrested 100 people from East Africa. Officials said it is the largest-to-date wildlife crime operation in the continent involving authorities from six countries. Kenya, which lost over 200 elephants to poaching this year compared to 47 in 2007, said the seizure shows a rise in poaching across Africa following the controversial sale of 100 tonnes of stockpiled tusks by four southern African countries last year. The UN-backed Convention on International Trade in Endangered Species had given the go-ahead saying the stockpiles would satisfy demand and put an end to poaching.

A group of Brazilian ranchers is razing a unesco reserve in Paraguays Chaco region inhabited by Ayoreo-Totobie-gosode, the only un-contacted tribe outside the Amazon. Citing satellite images, non-profit Survival International said the ranchers have destroyed 200,000 ha in eight months. The Paraguayan government said ranchers from neighbouring Brazil are encroaching its forests after Brazilian authorities clamped down on deforestation in the Amazon.

The Candoshi tribe in Perus Amazon region are close to extinction from hepatitis B infection. Of the 2,400 population, 80 Candoshi have succumbed to the viral disease since 2000. The government has declared a health emergency in the area to tackle the epidemic. Venancio Ucama Simon, the head of the tribe, said the infection started spreading when Occidental Petroleum Co, headquartered in usa, carried out exploration activities in their territory.

The global financial meltdown has forced Botswana to promote tourism to make up for losses from diamond exports. But the government faces stiff opposition from communities of the Okavango delta. The fishers communities have accused unregulated tourism is jeopardizing the deltas fragile ecosystem. Instead of using motorboats, they have urged the government that tourists should use canoes like them and should not be allowed to fish. Okavango, the worlds largest inland delta, is the countrys premier tourist attraction.

A power utility in Finland is constructing a data centre under a cathedral in Helsinki, which would supply heat to 500 large houses. Data centres generate a lot of heat and over 50 per cent of the energy used by data centres is for cooling the servers, not computing, said project manager of Helsingin Energia. The utility aims to capture the heat generated by servers and pump it into the city heating network for distribution to houses. It would help IT firm Academica trim its energy bills by US $561,000 a year. 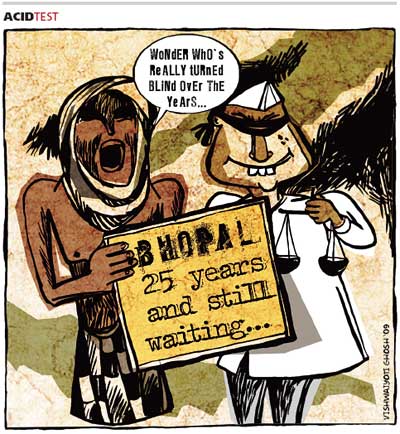