The Republic of the Congo has invited South Africa's farmers to help it become self-sufficient in food production.

South Africa, the continent's top maize producer, has one of the most advanced agriculture sector. Dubbed the biggest land deal in recent African history, Congo has offered 10 million hectares of farmland--almost 30 per cent of the country--to grow maize, soybean and for poultry and dairy farming, said South Africa's main farmers union AgriSA. The deal is a 99-year, no-cost lease. To woo the farmers, the government also offers several tax exemptions, allows taking profits out of the country and does not restrict selling the produce outside the two countries.

Years of political crisis and civil unrest have ruined Congo's agriculture; the country imports 99 per cent of its food.The government aims to be food sufficient in five years. 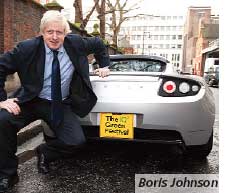 Mayor of London Boris Johnson announced plans to make the city the electric car capital of Europe. He pledged about US $30 million for 100,000 electric cars and infrastructure for 25,000 charging points across London by 2015.

A week later, the UK government said it would offer subsidies up to US $7,500 on each electric or plug-in hybrid car from 2011 as part of its low-carbon transport initiative.

Green groups criticized the initiative saying electric cars will do no good to the environment unless the government shifts to renewable energy sources such as wind power. 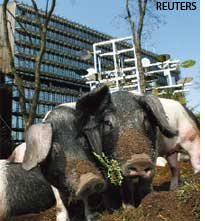 Pig farmers in Germany have appealed to revoke a patent that protects a pig-breeding technology. The technology helps farmers identify if the pig has a particular gene that gives them more meat. Farmers use this for selective breeding. The farmers, along with ecologists and politicians, demonstrated outside the European Patent Office in Munich on April 15, the eve of the deadline for objections to the patent. The office had granted exclusive rights to US-based Newsham Genetics in July 2008, but will now study the objections. Farmers fear Newsham Genetics could extend the patent to cover the animals' genes, forcing them to pay royalties for their traditional livestock. Ecologists said since it is not a genetic technology, it should not be patented.

Water reservoirs of Mexico City are at a record low following poor rainfall. This has prompted authorities to curtail supply to a fifth of the population in the Mexican capital.

The National Water Commission said the situation is alarming and criticized the city administration for its deficient distribution network. Forty per cent of the water pumped from the reservoirs, the Cutzamala dam system, is lost in leaks from the city's old water distribution pipes. The city overexploits its aquifers, some of which are pumped eight times faster than they can recharge. A recent report by the National Statistics and Geography Institute said in the past 60 years Mexico's per capita water availability has fallen 75 per cent.

Somalia has revoked fishing licences to foreign vessels and is working on a new law to safeguard local fishers and regulate the activities of foreign ships in its waters.Local fishers had complained they were forced out by foreign-owned vessels, mostly of European origin.

The number of foreign ships in southern Somalia had increased after pirates chased them from the north. "An estimated 220 foreign-owned vessels are engaged in unlicensed and illegal fishing in Somali waters," said Abdirahman Ibbi, the fisheries minister. He acknowledged it is impossible for the transitional government to monitor the exploitation. The war-ravaged country has the longest coastline in Africa and has abundant marine resources. 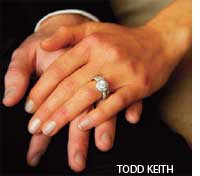 The global diamond certification body, the World Federation of Diamond Bourses (wfdb), banned trade in diamonds from Zimbabwe. The decision followed reports suggesting proceeds from diamonds from the Marange diamond fields had been used to fund human rights violations by President Robert Mugabe's government. A report by Partnership Africa Canada, a non-profit, said by January 2009 the diamond fields resembled a military garrison, where authorities were forcing villagers from Marange to mine, said the report. Harare has denied the charges. wfdb said this violates the Kimberly Process, a system to ensure that diamonds do not fund conflict.

Zimbabwe is the fifth African country whose diamonds have been banned for fuelling conflict.

Australian prime minister Kevin Rudd launched an institute that will become a technology hub for the controversial carbon capture and storage (ccs) research. Funded with US $70 million of taxpayers' money a year, the Global ccs Institute aims to develop 20 commercially viable plants across the world by 2020. Sixteen governments and over 50 companies, most of them engaged in mining and energy, are supporting the initiative. India did not support it.

Scientists doubt the technology's viability. There are no commercial-scale ccs plants in the world, except a few small-scale demonstration plants.

France's public sector nuclear energy giant Electricit de France (edf) has been spying on Greenpeace since 2004. It was also seeking intelligence on the environmental group's activities in the UK, Belgium and Spain, where it has substantial business interests.

The allegations came to light in early April when the French media reported details of a judicial investigation into the 2006 hacking of computer systems used by Greenpeace-France. edf had hired a private detective agency to spy on environmentalists. The detective agency has admitted its involvement in the court. Greenpeace has called for the suspension of edf's chief executive officer and demanded the government establish an independent assessment of the nuclear industry as well as open and democratic debate on nuclear power in France. Greenpeace's anti-nuclear campaign regularly targets edf, which runs 58 nuclear reactors in France.

Mexico's Congress recently debated legalizing marijuana for personal use as part of a possible strategy to tackle the country's powerful drug cartels. Although President Felipe Calderon opposed the idea, several legislators including the opposition Democratic Revolution Party leaders, supported it saying legalization would regulate and tax marijuana and bring down crime rates. More than 10,560 people have been killed in drug violence along the Mexico-US border since Calderon launched a military crackdown on trafficking cartels in 2006. Interior Department official Blanca Heredia said the number of addicts rose from 307,000 in 2002 to 465,000 in 2008. The debate--also open to academics, experts and government officials--was not to result in concrete action. The Congress would consider viewpoints before it begins considering proposed bills for legalizing marijuana.

The debate ended a day before US President Barack Obama arrived in Mexico City for talks on the drug war. In 2006, the government passed a bill decriminalizing possession of small amounts of marijuana but, following pressure from the US, the then President Vicente Fox vetoed the law.

Chad declared an epidemic after a virulent strain of meningitis claimed 102 lives and infected 900 people between January and mid-April. The presence of the lethal W135 strain is worrying as it spreads fast, said health minister Ngombaye Djab. The vaccine is expensive and is not available in the country, he said. The government has urged who to carry out a mass vaccination drive in the country. The strain was last seen in Chad 10 years ago.