The MP government makes amends for the Dewas killing 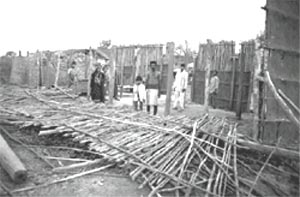 Two months after four people were killed in Dewas, Madhya Pradesh (MP), the state government seems to be finally owing up its responsibility. Albeit with a lot of pressure, compensations have been given and activists have been released from custody. However, it seems that the larger issues are still to be addressed and the government response to an enquiry to the incident is still not complete.

As promised by chief minister Digvijay Singh during his visit to Dewas on April 22, 2001, the next of kin of the deceased have been given a compensation of Rs 1 lakh each. Also, Rs 10,000 was given to each of the 13 families whose houses were demolished when officials came to confiscate illegal timber. In Katukiya, the village with the highest number of demolished houses, nine households are said to have received compensation.

Moreover, the tribal people who were arrested from the villages from the Udaynagar block and the adjoining areas have been released from custody. However, Rahul Banerjee, the administration's main suspect for alleged "anti-establishment" activities has not been released. Around 90 forest officials from different areas of the district have also been transferred.

However, few questions still remain unanswered. One of the major issues is the provision of timber for the people. Mihir Shah, secretary of Samaj Pragati Sahyog, a non-governmental organisation based in Bagli, Dewas, says after the compensations was for the procurement of timber for rebuilding the demolished houses. The forest department has apparently said that the villagers can take timber from the forest this time. It is ironical that timber was the issue that led to the destruction of the houses.