Peru cops out of environment obligation ahead of COP20 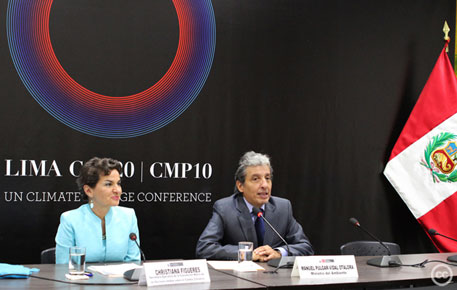 Just months ahead of hosting the UN climate conference (COP20) in December, the Peruvian government has rolled back environmental regulations to boost mining. The conference at Lima will be attended by delegates from 194 countries who will discuss ways to mitigate greenhouse gases.

The legislation, passed by Peru’s President Ollanta Humala, strips the environment ministry of the power to set air, soil and water quality standards and to set limits for harmful substances. It streamlines environmental reviews for new projects and lowers fines for all but the most environmental violations. The environment protection agency will now have to focus on preventive than disciplinary actions.

To boost investment from mining multinationals, the law proposes a new tax stability contract for mining companies that would lock in taxation rates for 15 years on investments.
The nation packed by more than 300 major mines already offers the industry incentives unmatched in the Americas. The companies enjoy indefinite concessions for both exploration and exploitation of mineral wealth by paying nominal payments. In some Peruvian states, more than half of the territory is under concession.

The law was passed despite Environment minister Manuel Pulgar Vidal’s opposition. On June 26, the UN’s top official in Peru, Rebeca Arias, wrote the foreign minister objecting to the new law.

Over 100 environment organisations, including Sierra Club, WWF and Oxfam, wrote to Vidal and Humala, saying the law would reward polluters and spur the expansion of environment-hostile industries. It sends a bad signal considering Peru’s role as COP20 President. UN’s top official in Peru, Rebeca Arias, also wrote to foreign minister saying that a growth model spurred by investments respectful of the environment is the only viable possibility for sustainable development in a country like Peru, which is among the most vulnerable to the effects of climate change.

Peru’s Amazon rainforest is home to 25,000 species of plants, totaling ten percent of the world’s inventory. Peru boasts the world’s second largest population of birds and is among the top five countries for providing a habitat for thousands of mammals and reptiles.

The law was passed just weeks after the government declared an environment emergency in 17 indigenous communities along the Maranon river saying that the communities were at significant risk from oil contamination. Puinamudt, a collective of indigenous organizations, said that the government has failed to provide aid to their communities such as testing the water quality in rivers and introducing portable water purifiers to affected communities. Even with regulations in place, illegal mining is a major environmental hazard in Peru.