Pictures on social media can help in conservation of ecology 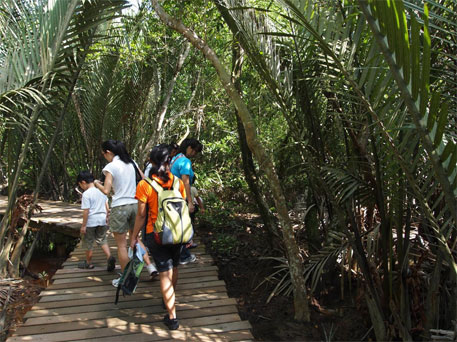 Did you ever think that the picture you recently clicked and posted online while you were at a wildlife sanctuary in Australia or that selfie that you shared on social media from scenic Alps a few months ago might help ecologists know more about the environment?

Ecologists in Singapore are now using hundreds of geotagged photos (pictures with geographical identification metadata) from social media sites such as Flickr to get a clearer picture of how people use their natural spaces.

In this study, the lead researcher Daniel Richards and colleagues from the National University of Singapore used pictures that were taken at Chek Jawa Nature Reserve in Singapore and classified them into three main categories: pictures that focussed on landscapes, photos of local wildlife and pictures of small groups of people (selfies).

“It’s important for us to describe how people use different natural areas, as this will affect the way that they need to be looked after. The maps we produce using social media could help restore habitats, tell us where to create new footpaths, and show where pressure from visitors might be affecting wildlife,” says Richards.

According to a few latest researches, social media not only has the potential to help conserve environment but also aid medical researchers. Scientists at Johns Hopkins University in the US had recently proved that Twitter posts can be analysed to gather information about some common mental illnesses.

By reviewing tweets from users who publicly mentioned their diagnosis and by looking for language cues linked to certain disorders, the researchers say, they have been able to quickly and inexpensively collect new data on post-traumatic stress disorder, depression, bipolar disorder, and seasonal affective disorder. Using technology to sift through tweets, they can help address the slow pace and high costs associated with collecting mental heath data through surveys and other traditional methods.

Before this, the university had used a new tweet-screening method that not only delivers real-time data on flu cases, but also filters out online chatter that is not linked to actual flu infections.