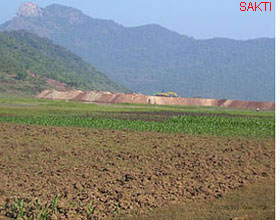 The multi-crore Polavaram project in Andhra Pradesh is currently embroiled in legal issues. But now, the project is being contested on technical issues as well. A study carried out by the International Water Management Institute (iwmi), an international non-profit research and development organization, has questioned the fundamental basis on which the project was designed.

It was designed on the estimation that since the Godavari river has surplus water, it will be transferred to the water-deficit Krishna basin. The iwmi report has found that the Godavari does not have enough water to spare. A feasibility report by the National Water Development Agency (nwda) on the other hand says Godavari is water surplus.It calculated the surface water availability at Polavaram--the downstream-most dam on the Godavari (there are three dams)--to be 80,170 million cubic metres (mcm), considering 75 per cent assured flow (water available for 75 per cent of time in a year). nwda officials calculated the figure using annual average rainfall data. iwmi calculated surface water availability to be 36,000 mcm using monthly data. After deducting all water allocations, as designed by nwda, there is a deficit of 37,199 mcm (see table Godavari Surplus or not?). 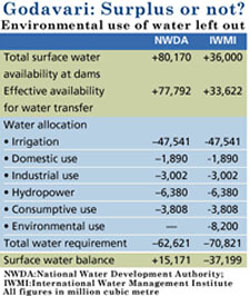 "The problem with the annual average is it does not consider variability of flow within a year, which is very high in monsoon-driven rivers," says Vladimir Smakhtin, a hydrologist with iwmi, in his report. The catchment area gets around 70 per cent of rainfall just between June and September.

nwda officials disagree. "Estimates based on annual average and monthly average will certainly vary. Since rainfall is not uniform throughout the year, it is better to take annual average. Our methodology is used for all inter-basin water transfer and is peer reviewed and approved by technical experts," says N K Bhandari, chief engineer with nwda.

Smakhtin says the nwda method of calculation also overlooks the allocation of water to keep the river ecosystem alive. The water used for such purposes is called environmental water, which is an equally important component of use, besides other uses such as irrigation, domestic and industrial projects. "The present planning of inter-basin water transfer is based on future irrigation requirement and ignores environmental water demand, which is important to maintain the ecology of the basin," says Parikshit Gautam, director, Freshwater and Wetland Conservation Programme, wwf- India. iwmi estimates that 8,200 mcm of water flow is required to keep the river fit for fisheries and wildlife. This itself is a conservative figure as this flow cannot make the river fit for human consumption by checking human and industrial waste. 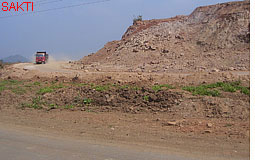 Besides, says Smakhtin, "Even if the project continues, the water will be consumed en-route because of numerous uses. The objective of filling up Krishna basin will remain unfulfilled."

Environmentalists say the Rs 12,000-crore Indira Sagar Multipurpose Project, or the Polavaram project, will impact the Godavari delta negatively. They say there is no study of the dam's impact on the delta and not taking into account the environmental use of water will result in the delta's stunted growth and lead to sea-side erosion and mangrove degradation.

The Polavaram dam is part of India's Rs 400,000-crore National River Linking Project, which was proposed as the solution to water-related problems in India. It envisages transferring waters from water surplus basins to water deficient basins.

The other problem, Smakhtin argues, is "there was no relevant and detailed hydrological data made available, despite efforts to obtain them". "The continued policy of hydrological data secrecy is not conducive to good water resources planning and development in India and will not lead to socially and environmentally acceptable water projects," he says.

The High Court of Andhra Pradesh will take up the Polavaram case on February 11. The National Environment Appellate Authority (neaa) in December 2007 quashed environmental clearances to the project because public hearings, a mandatory proceeding, were not carried out in affected areas in Orissa and Chhattisgarh. It is estimated the project will displace around 200,000 people in Andhra Pradesh, Orissa and Chhattisgarh and submerge forests and parts of a wildlife sanctuary in Andhra Pradesh. The Andhra government had filed a petition in the high court and the court gave a suspension order against the neaa ruling.

Activists, however, say there are more irregularities to the project. "There are two aspects--lack of public hearing and a faulty clearance process," says R Sreedhar of the Academy for Mountain Environics, Dehradun. He had filed a petition against the project's clearance in early 2006. The Union Ministry of Environment and Forests gave clearance to the project in October 2005. Environmentalist allege the project's environmental impact assessment report was prepared in 1985, which had estimated displacement of around 145,000 people from 250 villages, most of them being tribal villages (see box Polavaram factfile).

"Since then population has increased considerably and the executive summary of the assessment on the number of villages and population is far from ground realities," says Ravi Pragada of the Mines, Minerals & People network.