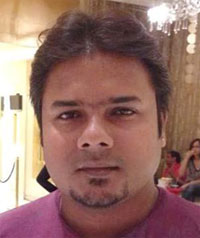 On Februrary 1, Andaman Chronicle released an audio tape where a Jarawa man complained about the sexual abuse of women by poachers and how they are being introduced to alcohol and marijuana. After the story was published and made it to international headlines, Denis Giles, the editor of the newspaper is reportedly being persecuted by the administration.

Till date, Giles has been served eight notices, asking him to name sources and how he obtained the audio clip. The administration did not file a fresh FIR after the audio tape was released, even after the lieutenant governor ordered an enquiry. Instead of probing the allegations made in the audio clip, they served Giles with notices in connection with previous cases of poaching and abduction of the Jarawas. What’s more, Giles was served a notice for a newsreport on the boat tragedy in Andaman Islands published last month.

In the notices the police stated, “It appears you are well acquainted with the circumstances and facts of the case, and hence you’re directed to appear before the undersigned...” The police further wanted to know which instrument was used to record and how the newspaper authenticated the recording. One of the notices asked Giles to provide the parentage and address of poachers mentioned in the audio clip, as if it’s the editors duty to do the full investigation.

“We have offered full cooperation to the police and the administration. The poachers are known to the welfare staff and the police can nab the culprits after investigating. Instead they are more interested in dragging me into cases that were filed before the release of tapes ,” Giles told Down To Earth.

Where's freedom of the press?

In a formal reply to the superintendent of police, CID, on February 17, Giles stated that the audio clip was “received anonymously” and that he “is not in possession of the instrument by which the audio clip was recorded”. “I also enjoy guarantee of freedom of speech and expression under Article 19 of the Constitution of India... It is also to be noted that under the provisions of Press Council of India Act, press reporters and editors are also safeguarded from disclosing the source of information,” he wrote.

In the audio clip, the Jarawa man named 20 poachers and fishers who regularly enter the reserve illegally. A month ago, a group of poachers were caught by police from inside the reserve when they were taking eight Jarawa girls with them. The Jarawa, numbering about 400, are one of the endangered tribes inhabiting Andaman Island and any interaction with them is prohibited by law.

“As the most outspoken journalist on the Andaman and Nicobar Islands, doggedly reporting on corruption and ineptitude as well as on the plight of the Jarawa, Giles has become an irritant to an administration that evidently finds it easier to tear up the message than to wrestle with the serious issues at hand,” wrote Madhusree Mukherjee, in an news report for Yahoo. Mukherjee is the author of a book on Andaman tribes and previously had co-authored a paper with Giles.

“The Andaman police appear hell bent on persecuting the messenger, rather than prosecuting those poachers identified by the Jarawa man for exploiting Jarawa women. It’s hard not to see the relentless police pressure on Denis Giles as an attempt by the authorities to stop his newspaper exposing the exploitation of the tribe,” Survival International, a non-profit campaigning for the rights of the Jarawas said in a press release.