6 admitted in hospital, search on for 3 more 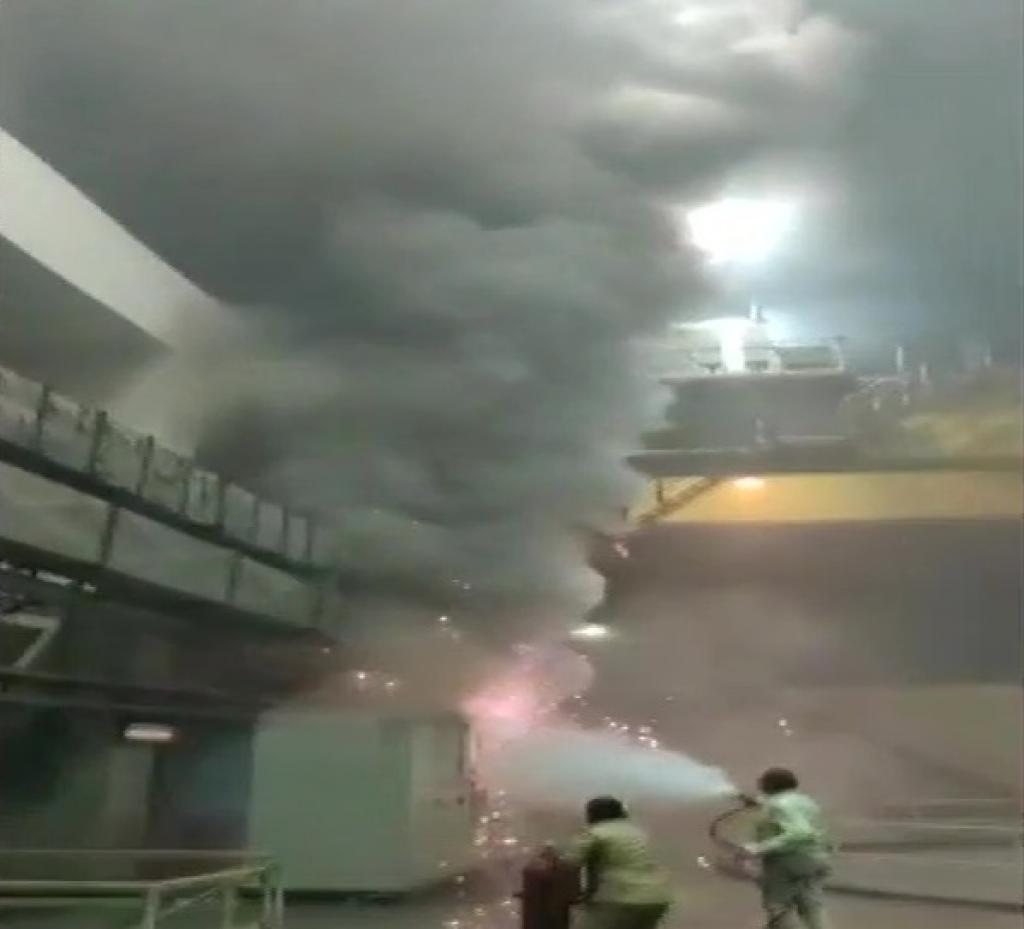 At least six people died in the fire that broke out at the Left Bank Power House in Srisailam, Telangana, August 20, 2020 night. The bodies were recovered by officials August 21 afternoon. Three of them have been identified as assistant plant engineers.

At least six have been admitted to hospital and search is on for three more missing workers.

As many as 30 fire fighters have been at work since Thursday night, when they rescued 10 workers.

The fire broke out, allegedly due to a short circuit, when the staff was carrying out maintenance work on the panel.

As the fire spread and filled the tunnel with black smoke, the plant was cut off from the grid. Workers used two fire extinguishers to stop the fire, but to no avail.

“Short circuit on boards connected to high-tension line could be due to improper earthing, relay work, absence of over load protection, etc. Detailed enquiry would be needed to understand the reason for spark. These systems are usually well-designed and maintained,” said S Dakshina Moorthy, retired Bharat Heavy Electricals Ltd official who specialises in electrical control and instrumentation system.

There was a fire in the PLC unit space. It is important to have a carbon dioxide flood network. Usually, we have a button in our control room, which we use in case of such a tragedy, and the room gets filled with an inert gas or carbon dioxide to extinguish the flames. During maintenance work, we keep this switch on by-pass. If such a spark is deduced, and if the magnitude of the fire is high, workers should use the fire extinguisher system. These systems do exist by design. I am not sure if they operate in hydroelectric plants.

The plant is located close to Hyderabad, which has the highest demand for power in the state. It is capable of providing direct transmission to the city, offering flexibility in power generation in the event of fluctuations in loads.

This is seventh industrial disaster to take place in the post-lockdown phase. Experts earlier suggested revamping regulations pertaining to safety aspects. However, investigation to strengthen safety regulations has not been initiated so far.

Fire at the Srisailam hydroelectric plant is deeply unfortunate. My thoughts are with the bereaved families. I hope those injured recover at the earliest.

On June 11, 2020, one person died and five others were injured in a blast at a factory in Gujarat Industrial Development Corporation chemical estate in Ankleshwar, Gujarat.

On June 3, a blast occurred at the plant of Yashasvi Rasayan Pvt Ltd in the port of Dahej. At least 10 people died in the accident.

Then, on May 7, toxic styrene gas leaked from the unit of LG Polymers Pvt Ltd in RR Venkatapuram village, Visakhapatnam. At least 11 people died in the accident.