According to reports, idols have been immersed in the Ganga and its tributaries across Bihar from Durga Puja till Chhath 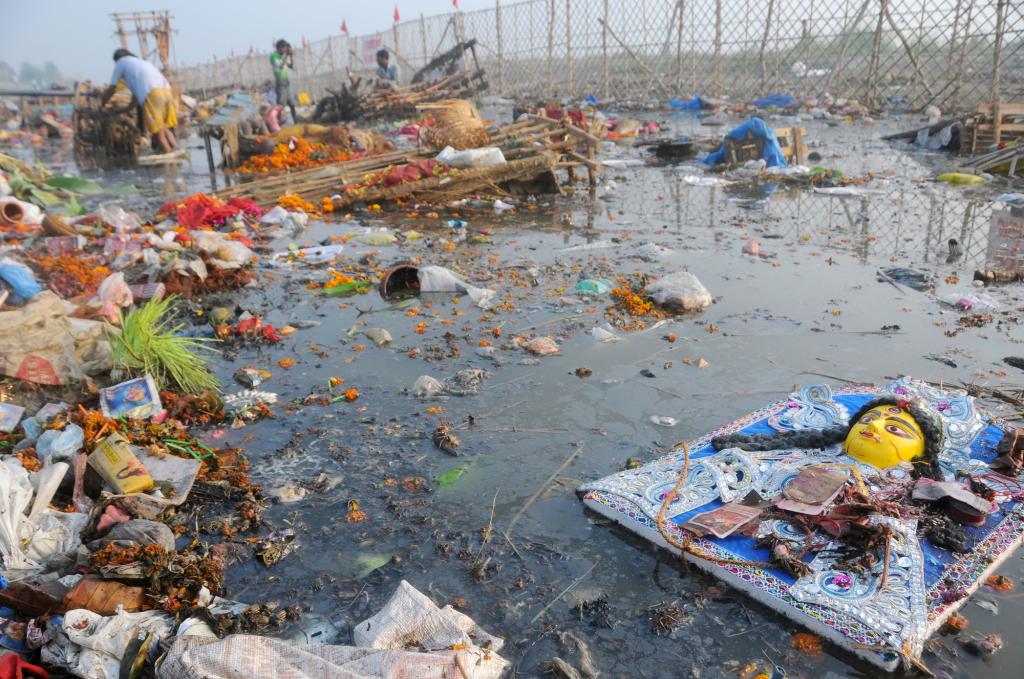 Sixty two people and 15 puja samitis have been booked for immersing the idols of Goddesses Kali and Lakshmi along with other puja material in the Ganga at Bhagalpur, Bihar police said on November 5, 2019.

First Information Reports were registered against the accused for violating the directives of the National Green Tribunal (NGT) regarding idol immersion and the use of synthetic colours and non-biodegradable items in making the idols, Bhagalpur deputy superintendent of police (City) Rajbans Singh said.

Bihar State Pollution Control Board (BSPCB) chairman A K Ghosh admitted that idols were immersed in the Ganga and its tributaries like the Bagmati, Kosi, Gandak, Mahananda and dozens of small rivers  across Bihar during Durga Puja, Diwali and Chhath that concluded on November 3.

Immersions took place in the Ganga even in state capital Patna despite categorical warnings to not violate directives.

The NGT had made it clear that idol immersions should take place outside rivers. It had also directed all states to frame rules governing idol immersion, keeping in view the guidelines issued by the Central Pollution Control Board (CPCB).

It had further directed all state pollution control boards to comply with guidelines of the CPCB pertaining to the immersion of idols to curb pollution.

Ghosh said puja samitis in Bhagalpur deserve to be proceeded against because their simple act of immersing idols in the Ganga will increase pollution.

“There is no doubt that a violation of NGT directives took place. The police will have to implement and enforce laws to protect the environment,” he said.

He also pointed out that the administration in different places had failed to create separate water bodies or specific ponds for immersion of idols. Alternative arrangements will have to be made and awareness created on a large scale by the administration to ensure no idols are ever immersed in rivers again.

“Otherwise, people will take advantage and immerse idols in the rivers,” he said.

In early October this year, the National Mission for Clean Ganga (NMCG) of the Union government had issued a 15-point directive to states to make elaborate arrangements to check pollution in the Ganga and its tributaries by not allowing idol immersion.

Sunil Choudhary, director of Vikramshila Biodiversity Research and Education Centre of Tilka Manjhi Bhagalpur University, said it was unfortunate and sad that idols were immersed in the Ganga and its tributaries.

He pointed that idol immersions were not good for the Vikramshila Gangetic Dolphin Sanctuary in Bhagalpur, India’s only river dolphin sanctuary spread over 50 km along the Ganga. Gangetic dolphins are an endangered species according to the International Union for Conservation of Nature.