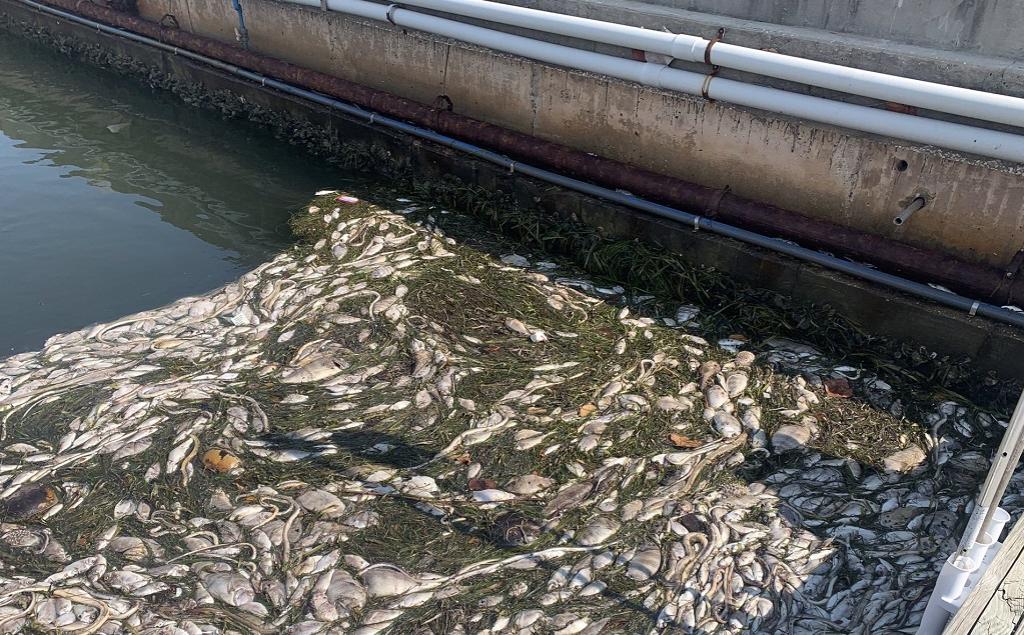 An algal bloom currently ravaging Florida’s Gulf of Mexico coast may have been aggravated due to the release of 215 million gallons of contaminated water into Tampa Bay earlier this year, according to media reports.

The water was released from a defunct phosphate wastewater plant near the city of St Petersburg in March and April this year, to prevent its collapse.

Karenia brevis, a type of algae commonly known as ‘Red Tide’, has swept Florida’s Gulf of Mexico Coast, killing 1,400 tonnes of fish in and around Tampa alone, according to Texas A&M University.

The bloom might have used nutrients from the contaminated water to grow and release toxins, killing marine life in the area. Its origins have been traced back to another red tide in December last year.

Dead fish have been reported in nine counties of Florida, according to the Florida Fish and Wildlife Commission (FFWC), The Guardian reported. Besides fish, the algal bloom has also killed turtles, manatees and dolphins on the coastline.

Fish contaminated with the algae and eaten by other organisms, including humans, can be harmful to them. There have also been complaints of respiratory distress among residents in five counties of the state, according to the FFWC due to red tide, The Guardian said.

The bloom could spread across the Gulf to the Texas coast, according to a biologist at the university.

The flow of sea currents around Florida’s Gulf coast is usually southwards and then along the Atlantic shoreline of the state. However, counter currents could take algal bloom westwards towards Texas, according to Daniel Roelke, professor and head of marine biology at Texas A&M-Galveston.

Forecasts by the USF-FWC Collaboration for Prediction of Red Tides for Pinellas to northern Monroe counties predict south-southeastern movement of surface and subsurface waters in most areas over the next 3.5 days.

The next forecast is August 6.