As Lebanon turns 100, capital Beirut can face a ‘waste crisis’

The city’s waste management systems were reportedly on the verge of collapse, as one of the two plants serving the city was severely damaged in a blast at the city’s port 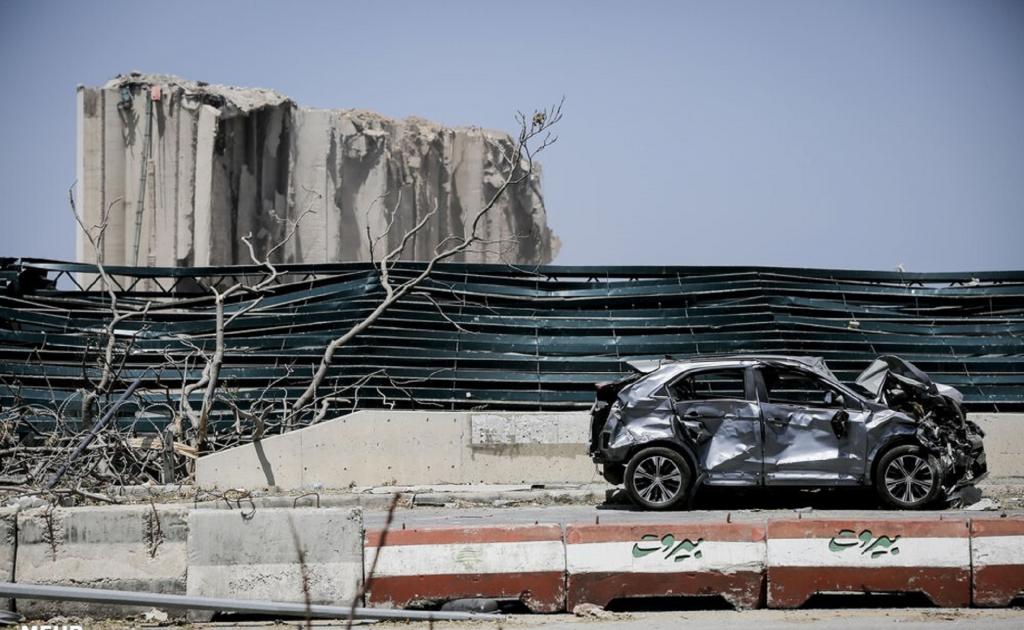 Nearly 2,750 tonnes of ammonium nitrate exploded in a warehouse at the port and wiped out parts of the city. Photo: Wikimedia Commons

Beirut — the capital of Lebanon, which marked the 100th anniversary of its creation September 1, 2020 — is said to be on the verge of a solid-waste crisis, said Jihan Seoud, a top expert of the United Nations Development Programme (UNDP). Nearly 2,750 tonnes of ammonium nitrate exploded in a warehouse at the port and wiped out parts of the city.

Seoud — the energy and environment programme manager at the UNDP’s Lebanon office — said the explosion’s impact was a major concern for the city’s environment, that was in a “dismal state” even before the disaster.

The city’s waste management systems were reportedly on the verge of collapse, as one of the two plants serving the city was severely damaged in the blast. More garbage, thus, goes directly to the landfill sites, one of which is nearly full.

Most of Lebanon’s landfills were estimated to have reached their full capacity before the end of 2019, as 83 per cent of the waste was either land filled or was dumped illegally. Up to 800,000 tonnes of construction and demolition waste was generated because of the destruction of the Beirut port from the blast.

This waste likely contained hazardous chemicals because of the kind of material usually stored there, including pesticides, pharmaceutical products, chemicals, lead from vehicles and several types of heavy metals, said Seoud.

Hazardous chemicals can damage health through direct exposure or soil and water contamination. Although air pollution from the blast was considered limited as of now, chemical contamination of particles scattered by the explosion may become airborne again, posing a new public health threat, she said.

The World Bank raised similar concerns in the Rapid Damage and Needs Assessment released August 31. City authorities were asked to rebuild the city in a transparent, inclusive and accountable manner.

Damage to physical assets from the blast ranged between $3.8-4.6 billion, according to World Bank, UN and European Union estimates.

Cleaning up environmental degradation from the explosion will cost over $100 million, according to UNDP estimates.  This was over and above the country’s existing environmental clean-up costs, estimated to be $2.35 billion in 2018 by the UNDP.

In addition to the waste and contamination on land, UNDP is currently assessing the environmental impact of the blast on the Mediterranean Sea.

Lebanon recovered only 17 per cent of its waste through sorting, reusing, recycling and composting, concluded a stakeholders’ workshop organised by United States-based organisation Democracy International Inc.

The country’s environment ministry — in cooperation with public and private sectors and civil society — was supposed to develop a strategic national plan for managing municipal waste after six months, according to the Integrated Solid Waste Management Law, 2018 ratified in April 2019.

This, however, was yet to be implemented nearly a year and four months later, Andre Sleiman — Lebanon’s representative to Germany-based non-profit Democracy Reporting International — said in a statement to media website Al-Monitor.

A long-awaited legislation to regulate public-private partnerships in August 2017 was an important development. Gaps in the law, however, posed challenges to local municipalities bestowed with a vital role in strengthening local economic development.

This could be similar to the city’s 2015 ‘garbage crisis’, when the city’s landfill site was closed and authorities were unable to find an alternative plan to replace it.

Following the end of a contract with the city’s trash collector, mounds of garbage began piling up in Beirut’s streets. Protestors then started the ‘You Stink’ campaign and targeted a corrupt and dysfunctional political system for its failure to address the crisis.

Challenge over wide gap in funding

Even before the blast hit Beirut, Lebanon’s economy was said to be drowning.  As the country turned 100, Beirut needed “much more support and fast,” said Seoud, who pointed out a large deficit in the funding secured so far.

Rebuilding Beirut was the top-most priority along with resolving the economic crisis and tackling COVID-19, said Mustapha Adib, the country’s new Prime Minister.