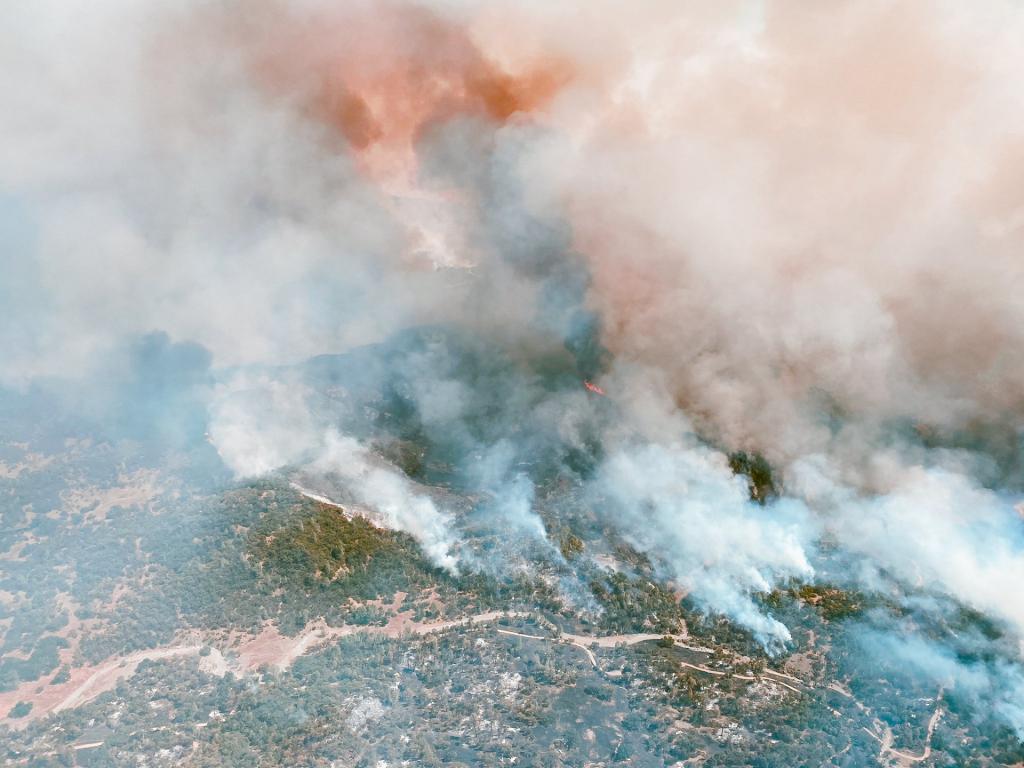 Carbon monoxide plumes from the wildfires in California, United States spread across the other side of the country in the East coast and across the Great Lakes and Canada, showed data from space agency National Aeronautics and Space Administration (NASA) in the past week.

The plumes were carried by the atmospheric jet stream that blew the carbon monoxide plume eastward across the US and over the Atlantic Ocean, according to the US National Weather Service.

“Satellite images this morning show smoke aloft moving over much of the Northeast and Mid-Atlantic,” the weather service’s Baltimore-Washington office tweeted September 15, 2020. “This smoke is obscuring the sun, and will keep temperatures a few degrees cooler today than what would be observed if the smoke was not present,” it added.

Smoke from the wildfires was reported as far away as The Netherlands and Hamburg, Germany in Europe, according to a report from US news daily Los Angeles Times.

Intense heat from the wildfires lifted the carbon monoxide high into the atmosphere, where it was detected by NASA's Atmospheric Infrared Sounder (AIRS) instrument, aboard its Aqua satellite. AIRS captured the plumes around five kilometres up in the atmosphere and the space agency converted this data in three-day averages between September 6 and 14.

The red and orange areas indicated regions with extremely high carbon monoxide concentrations of greater than 350 parts per billion by volume (ppbv). Yellow and green areas showed more normal, background concentrations, with amounts between 30 and 50 ppbv, according to NASA. 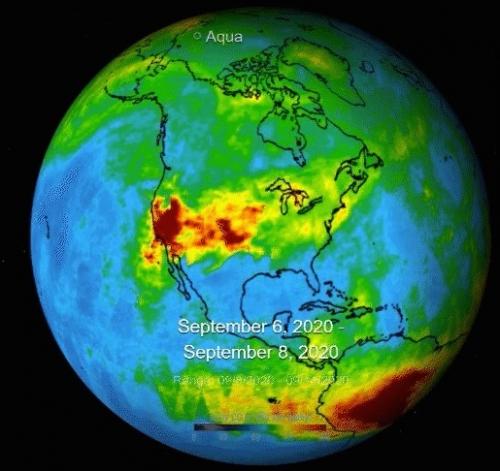 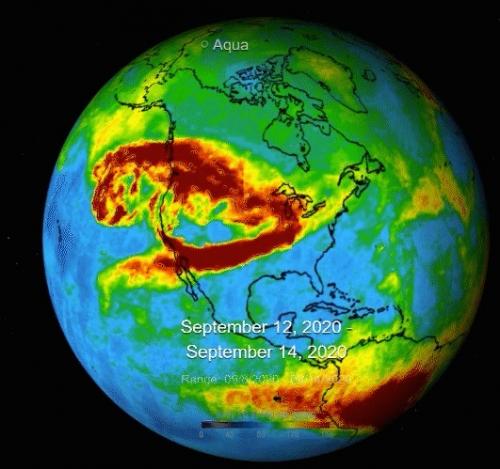 There were 28 major wildfires — raging since August 2020 — as of September 14, according to a press release from NASA’s Jet Propulsion Laboratory. They include the August Complex fire — the largest one on record — that started on August 17 and burned through 471,000 acres.

Carbon monoxide — a pollutant that persists in the atmosphere for about a month — has a role to play in both air pollution and climate change.

The gas can be transported to great distances, but has little impact once it reaches the high altitudes, according to the press release. Strong winds, however, can carry the gas downwards where it can significantly impact air quality.

A three-dimensional look at the Earth’s weather and climate was possible after AIRS — in conjunction with the Advanced Microwave Sounding Unit (AMSU) — sensed emitted infrared and microwave radiation.

More than 2,000 channels of the instruments make simultaneous observations down to Earth’s surface, sensing different regions of the atmosphere.

This allows for the creation of a system that shows a global, 3D map of atmospheric temperature and humidity, cloud amounts and heights, greenhouse gas concentrations and many other atmospheric phenomena.

The AIRS and AMSU instruments fly aboard NASA’s Aqua spacecraft and are managed by its Jet Propulsion Laboratory in Pasadena, California.