Centre vs Punjab: Farmers miss out on incentive to not burn stubble

Thrice GoI has returned Punjab’s proposal of giving Rs 2,500 per acre to small, marginal farmers even as they demand Rs 6,000 per acre 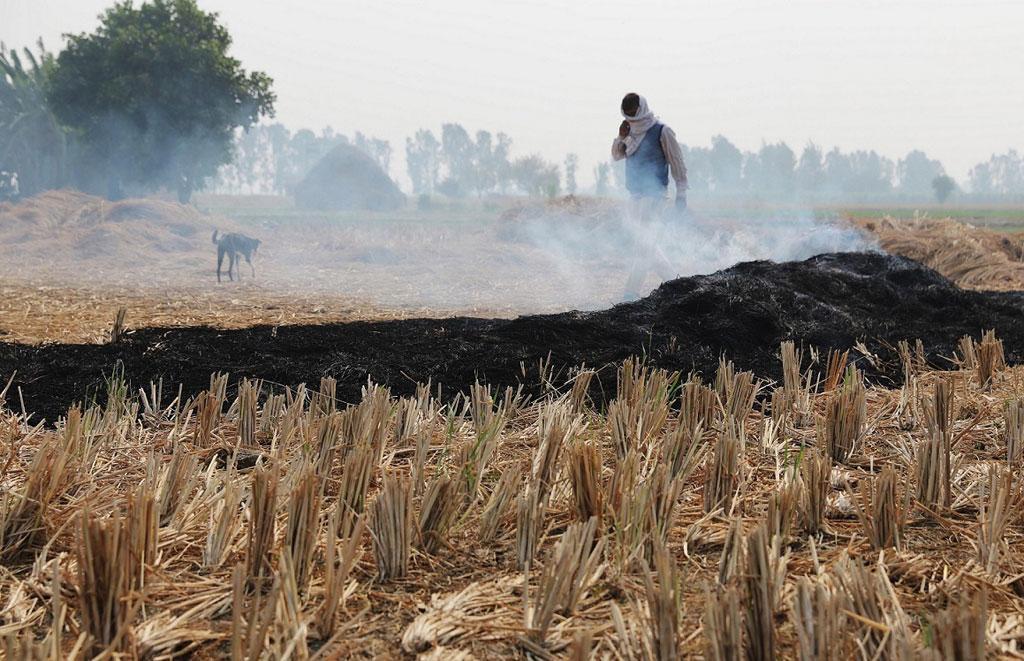 As many as 361,850 small and marginal farmers in Punjab did not receive state incentives for stubble management in the last one year due to paucity of funds.

The northern state’s request for financial stimulus to pay this incentive was turned down by the Government of India thrice since 2019, the Punjab government's Joint Secretary (Agriculture) Manmohan Kalia told Down to Earth.

Almost a third of marginal and small farmers (with up to two hectares, or five acres, of land) of the state were already reeling under the rising costs of cultivation. Now, the high costs of stubble management added to their burden.

In 2019, Punjab had announced an assistance of Rs 2,500 per acre to small-scale cultivators to stop them from burning stubble and adopt a greener management technique.

Till March 2020, less than one percent of small and marginal farmers were given the benefit. They stopped getting benefits altogether after the scheme became a bone of contention between the Centre and the state.

“The farmers are not being given the incentives because we are short of funds,” Kalia said.

In 2019, when the matter of stubble management reached the Supreme Court, Punjab had announced this cash benefit apart from providing machines. At that time, the Supreme Court had verbally asked the state government to begin this work and seek help from the Government of India.

After this, the state disbursed Rs 23 crore among 23,000 small and marginal farmers. But the programme was paused due to lack of funds.

“Did not get a single paisa”

Not a single farmer has received any incentive for stubble burning, according to Bachchitar Singh, a cultivator from Kotla Doom village in Ajnala tehsil of Amritsar, who has five acres of farmland.

“In 2019, everyone had filled the forms under the scheme for this benefit,” said the farmer who is also the state president of Naujawan Sangharsh Committee, an association of 128 village members.

Many farmers had paid for the forms from their pocket, said Gurubachan Singh, a small farmer from Chibba village.

Farmers impacted by extreme weather and diesel inflation are refraining from using machines like Happy Seeder on rent for stubble management in the fields. They are charged Rs 2,500 per acre every time they rent the machine.

But the machine has to be rented and run on the field at least twice for good sowing, said Bachchitar Singh. So, farmers end up spending at least Rs 5,000 per acre on hiring the Happy Seeder.

There are about 15,000 Happy Seeder and 17,000 Super Seeder machines in Punjab, according to Kalia. “The cost of agriculture has gone up and so, farmers are reducing the use of machines.”

The state is trying its best to spread awareness on the usefulness and availability of the machines, he added.

The farmers, however, said there is just one Happy Seeder for every 100 of them. They want the incentive to be increased to Rs 6,000 per acre.

A farmer driving the tractor himself has to run it across the field at least five times, using up to five litres of diesel per acre, Singh explained. “Rs 2,500 per acre is spent only on buying diesel.”

An additional Rs 2,000 per acre is needed to run the tractor, he added. “If the farmer employs labourers for stubble management, he has to dole out up to Rs 4,000 per acre.”

A cultivator will have to have to spend Rs 4,500-5,000 per acre from their own kitties anyway, said the aggrieved farmer.

We have no choice but to burn stubble in this situation, Singh said.

“Who will be able to stop the farmers of Punjab from burning stubble during the time of elections and agitation?” a senior government official said on condition of anonymity.

Stubble burning has reduced this time but the financial burden may aggravate the situation, he added.