Delhites, all that rain does not mean you will have a smog-free Diwali. Here is why

Firecrackers, industries, vehicles, date of the festival and late withdrawal of the monsoon, all could cause a repeat of previous Diwalis, experts say 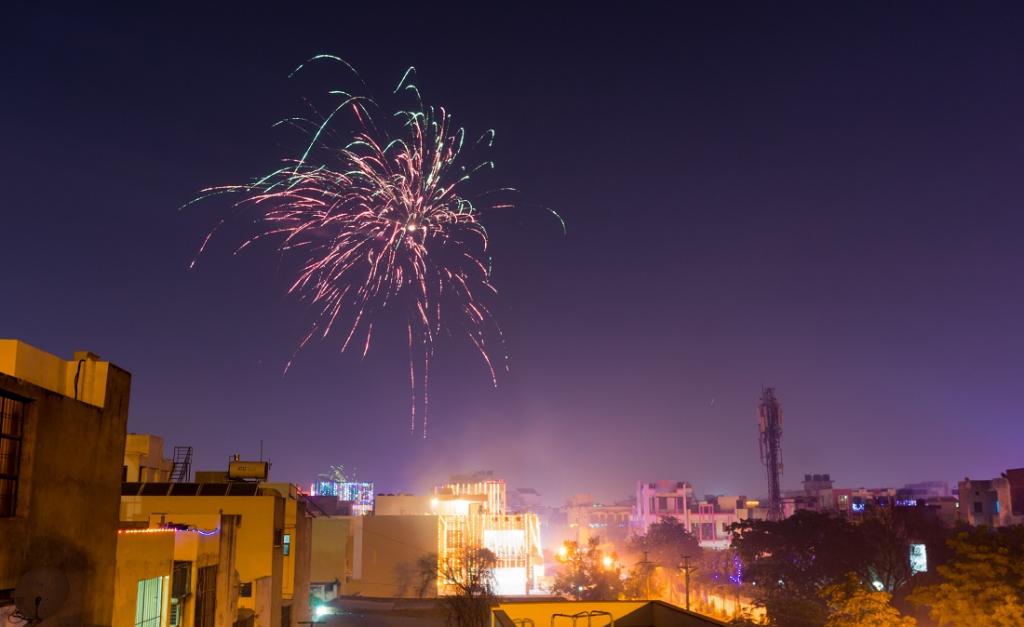 (The story has been updated with the correct date of Diwali this year.)

It may have rained heavily in late September in Delhi and the National Capital Region (NCR) and the rest of northwestern India. Stubble burning has also not reached its peak for this time of the year. But Delhi still won’t have a smog-free Diwali, experts told Down To Earth (DTE) October 14, 2022.

Firecrackers, industries, vehicles, the timing of the festival this year and the late withdrawal of the monsoon, all could cause a repeat of previous Diwalis that Delhi-NCR has witnessed.

One of the main reasons, according to experts is the time the festival will be celebrated this year. It is to be observed on October 24, three weeks before it did last year.

Gufran Beig, air quality and emissions expert told DTE that Diwali this year will be observed at a time when the temperature is still warmer.

“Even if firecrackers are burst at the same scale as last Diwali, there could be more dispersion. Farm activities in comparison to last year are extremely low this year.

“If the wind direction is congenial, which it is likely to be and fire counts’ instances (of burning paddy stubble) also multiply, the air quality may deteriorate for a long period of time in the last week of October, even if there are less emissions from firecrackers,” he said.

The national capital had recorded its best reading of the air quality index (AQI) since August 2020 following the heavy rains.

The 24-hour average air quality index (AQI) in Delhi was 44 October 10 according to data from the Central Pollution Control Board. “It was recorded as 48, 56 and 55 October 9, October 8 and October 7 respectively,” the data stated.

DS Pai, director of the Institute of Climate Change Studies, Thiruvananthapuram, told DTE that while it was true that there had been incessant rains for a few days, the southwest monsoon has started to withdraw. “The rainfall activity will reduce in the coming days in northwest India,” he said.

The southwest monsoon “had further withdrawn from remaining parts of Uttarakhand, Uttar Pradesh and Gujarat; most parts of Madhya Pradesh and some parts of Bihar, Jharkhand, Chhattisgarh and Maharashtra,” according to the IMD’s statement October 14.

Then there are the instances of paddy stubble burning. The total fire activities in Punjab and Haryana, in the period between October 1 and 12 were 826 according to data from the National Aeronautics and Space Administration.

Amritsar and Tarn Taran, both in Punjab, have been the biggest stubble burning hotspots in the region so far this year.

Large scale burning in farms has not started yet since the rains have pushed back the timeline. So there is a chance there may be more smoke fall in general due to farm fires when large scale burning actually takes place.

He added that there was, however, no way of calculating how much smoke fall would actually take place due to farm fires.

“Last time, AQI levels around Diwali in the capital were alarming but no concentrated burning in the farms had taken place around that time period. Back then, after the festival, smog had also lasted for nine to 10 days,” Somvanshi said.

So, despite the AQI levels not being alarming and greater emissions of toxic gases from firecrackers and other pollutants including that from industries and vehicles, it may still be a bad Diwali, according to CSE experts.

Whether it will be worse than the last one remains to be seen, they added. It may be a cleaner Diwali ecologically as is being speculated considering the AQI levels seen in the run up to it but we need still need to take a lot of precautions, they said.

The government should be prepared since a lot of factors like stubble burning and bursting of firecrackers may be a spoiler, the experts noted.

The Delhi government had announced a ban on the production, sale and use of all types of firecrackers in the national capital till January 1 in September. The Supreme Court had refused to lift the ban October 10. “The matter will be heard again before the Diwali holidays,” the apex court had said.