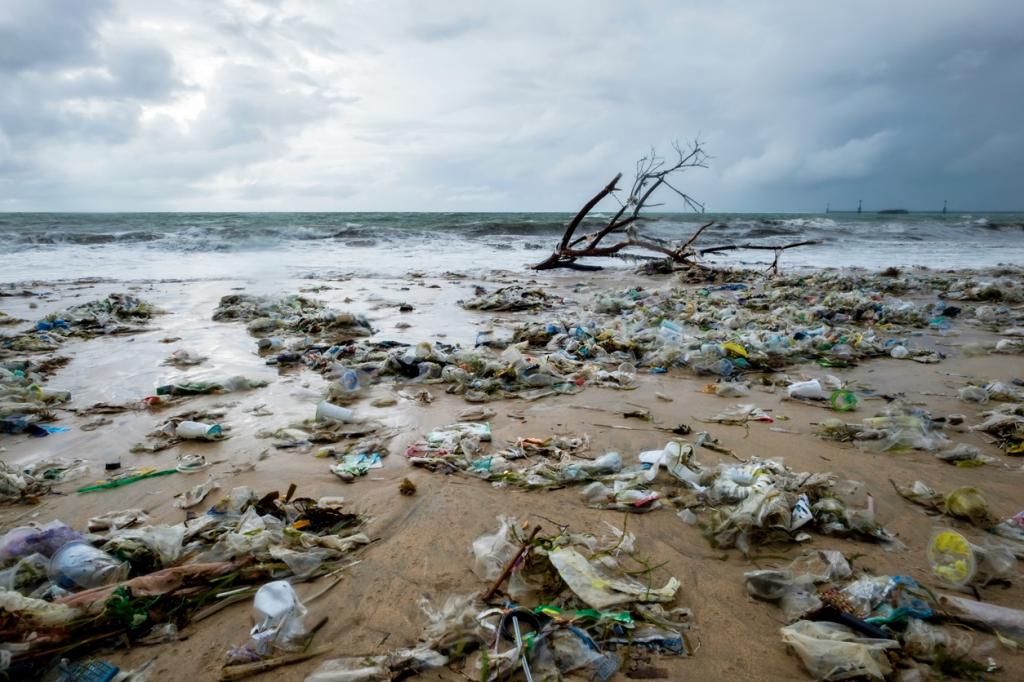 Extreme weather events such as heavy rainfall and cyclones may be transporting a significant amount of plastic litter into the sea, experts have warned in a new review study.

They call for policies to tackle the plastic problem as climate change is expected to increase extreme weather events.

Around 0.1 million tonnes of debris, including plastics, were deposited along Chennai’s coast in the aftermath of the 2015 Chennai floods, a study suggested.

The trend is widespread. Increasing winds and surface currents during the southwest monsoon are carrying microplastics to the beaches of Goa and Kozhikode (Calicut).

“This eventually reaches the oceans,” Shailesh Nayak, Director at the National Institute of Advanced Studies (NIAS), told Down To Earth (DTE).

The strong seasonality influenced by the monsoon has markedly affected the volume of plastics in the surface water, as confirmed from studies carried out in the north Indian Ocean and other regions, wrote the researchers from the Chennai-based National Centre for Coastal Research (NCCR), Bengaluru-based NIAS and the United Kingdom-based Centre for Environment, Fisheries and Aquaculture Science.

“Most of the data we have are assumptions or industry estimates. With microplastics, the issue is that it is not a part of the agenda now, at least in developing countries like India,” said Siddharth Ghanshyam Singh, programme manager, Municipal Solid Waste at the Delhi-based think-tank Centre for Science and Environment.

The sources of plastics reaching India’s water bodies range from textiles to beauty products, he added. “However, much more research needs to be done to understand the sources of microplastics.”

India is also considered one of the major plastic polluters to the ocean, the experts said in their report, adding that there’s a gap in the understanding of the source, distribution and dynamics of plastics.

Microplastics are a very serious issue, Nayak warned. “In the oceans, there are no hard surfaces. But microplastics provide hard surfaces, which carry microbes and pollutants from one ocean to another.”

Surface currents and waves, according to the report, transport plastics across seas and bring plastics from the ocean to the beach.

There’s also a lack of information on where microplastics accumulate or plastic hotspots in the Indian ocean, they found.

What’s more, there is no international marine legislation that targets marine plastic waste specifically, the researchers pointed out.

Banning plastics is another solution. Currently, 18 states and union territories in India have completely banned plastic carry-bags and products, while five other states have partially prohibited them, according to the Central Pollution Control Board.

Single-use plastics account for 32.75 per cent of total plastic consumption in India, according to the review, which cited the Indian Plastic report, 2019.

Major plastic polluters such as Gujarat, West Bengal and Andhra Pradesh have still not issued a notification to ban single-use plastics, the experts said in their report.

Other states such as Kerala, Himachal Pradesh and Sikkim have tasted more success imposing a ban on single-use plastics than others.

In 2021, the Centre imposed a phase-out plan for 20 identified single-use plastics items, Singh pointed out. It will come into effect from July 1, 2022.

“In the case of the central government ban on identified single-use plastics, the enforcement mechanism developed and adopted at the state level will play a key role in converting policy into ground reality,” he added.