Virakta Maharaj, known as Shobhan Sarkaar among his devotees, often expressed wishes of having his body immersed in the Ganga 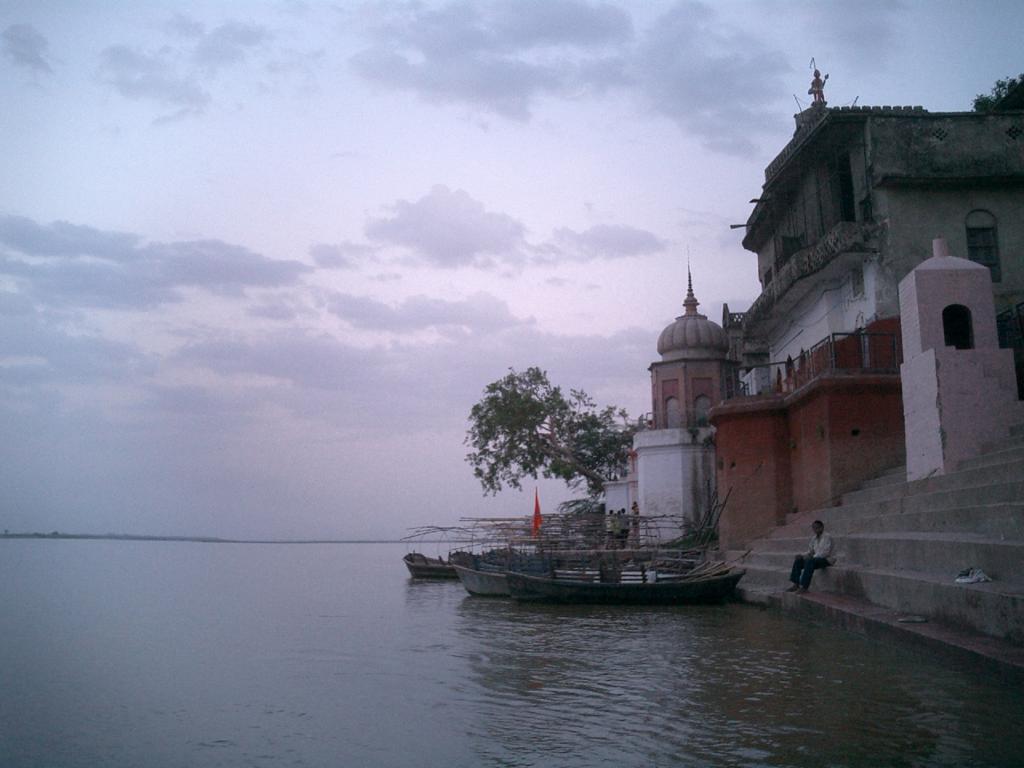 The immersion of a monk’s body in the Ganga near Uttar Pradesh’s Kanpur on May 13, 2020, has raised a controversy. The immersion was in violation of pollution-control rules as well as social-distancing norms that the monk’s devotees failed to maintain to curb the spread of the novel coronavirus disease (COVID-19).

The district administration later ordered a probe into the matter.

The monk, 72-year-old Virakta Maharaj, also known as Shobhan Sarkaar, had reportedly expressed wishes of having his body immersed in the Ganga.

The Supreme Court, in 1988, had declared the immersion of bodies in the Ganga to be illegal. “Steps shall be taken by the Kanpur Nagar Mahapalika (municipal corporation) and the police authorities to ensure dead or half-burnt bodies are not thrown into the river Ganga,” the apex court had said, in the case of MC Mehta vs Union Of India and Others, on January 12, 1988.

Saurabh Singh, an environment activist who runs the non-profit Inner Voice Foundation, said even throwing flowers into the Ganga was now a punishable offence.

“How was a body disposed of into the river? What was the district administration doing?” he asked.

Crores were spent under the National Mission for Clean Ganga project to curb the severely polluted river, he said, adding that the entire thrust of the exercise was to make people aware of the need to clean the river.

“Should the project be considered a failure if thousands of people silently witnessed the immersion of a body in the river?” asked Singh, who currently works to check the level of arsenic in water in cities and villages though which the Ganga flows.

The focus of the project is at Kanpur, since the stretch of the river there was the most polluted, according to Singh.

Sarkaar stayed at Shivli village in Kanpur Dehat district since 1974 and had gathered a strong religious following in and around Kanpur. Thousands of devotees visited his residence, also his monastery, on many religious occasions.

As information of his death spread, his devotees, “numbering in the thousands”, according to Pandey, reached his residence, flouting social-distancing orders.

“The devotees took the body to Chaubeyur in Kanpur and immersed it in the Ganga at Sunoda Ghat,” said Amit Pandey, a native of the village and Sarkaar’s devotee.

The police later lodged a complaint against over 4,200 for not maintaining physical distancing and violating lockdown norms during the last rites of the monk.

SB Franklin, the Uttar Pradesh Pollution Control Board officer-in-charge of Kanpur said he was not aware about the incident. “It is very bad if such a thing happened. No doubt it is illegal to leave a body in the river, but people still do. Customs that are thousands of years old are not easy to change,” he said.

Franklin, adding that the district administration should initiate action, asked:

How can I take action when I do not know the individual or the organisation responsible behind the immersion?

Sarkaar was in the headlines in October 2013, when he reportedly told his followers he had dreamed of 1,000 tons of gold under the ruins of a palace at Daundiya Kheda, a village on the banks of the Ganga in neighbouring Unnao district.