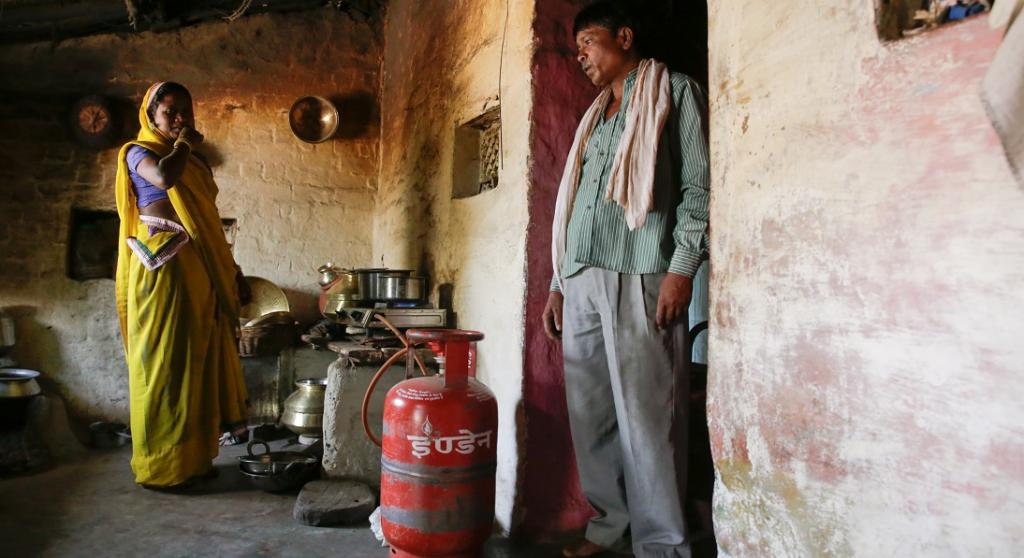 Most of the participants in the study used LPG cylinder provided under the Pradhan Mantri Ujjwala Yojana. Photo: Vikas Choudhary / CSE

Long-term exposure to nitrogen dioxide (NO2) pollution can affect lung function and increas the risk of pulmonary disease, a recent study concluded.

Healthy individuals — mostly from low-income, urban communities — suffered a decline in lung function due to air pollution, the study claimed.

The study was conducted over a period of five years — from 2012-2014 to 2017-2018 — in a residential area of Mysuru city in Karnataka. The researchers conducted in-home field spirometry (lung function test) before and after bronchodilation (expansion of the bronchial air passages) as part of the project.

In the first stage, all 17 wards of the Mysuru municipality were selected for sampling. In the second stage, houses within each ward were sampled in clusters of 10.

In the third stage, all individuals aged 35 years and above were invited to participate. Original lung function data were collected from a total of 725 participants between July 2012 and July 2014. Air pollution exposure estimates were based on data collected in 2016–2017.

The annual maximum NO2 exposure recommended by the World Health Organization (WHO) is 21.3 parts per billion. The study showed that air pollution exposures in parts of the city exceeded this figure. 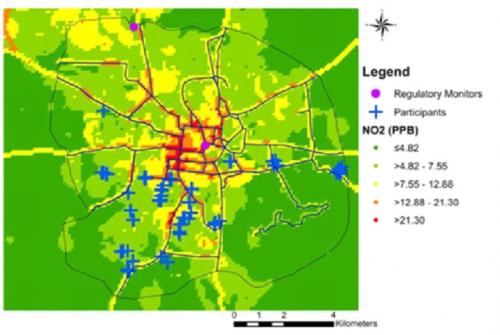 Map of predicted NO2 concentrations (parts per billion, ppb) and approximate location of the homes of all included study participants and two operational regulatory monitors in Mysuru

NO2 is formed when fossil fuels like coal, oil, gas and diesel are burned at high temperatures. It is also formed when wood and natural gas are burned. It reduces lung function and increases in asthma attacks.

A large majority of the study group (>99 per cent of the participants) used liquefied petroleum gas (LPG) as their residential cooking fuel due to the Pradhan Mantri Ujjwala Yojana (PMUY).

The PMUY is a government scheme to distribute LPG connections to women of below poverty line families, reducing indoor exposure to biomass as a potential cause of respiratory disease.

The study, titled NO2 exposure and lung function decline in a cohort of adults in Mysore, India was published in the journal Environmental Research Communications April 29, 2021