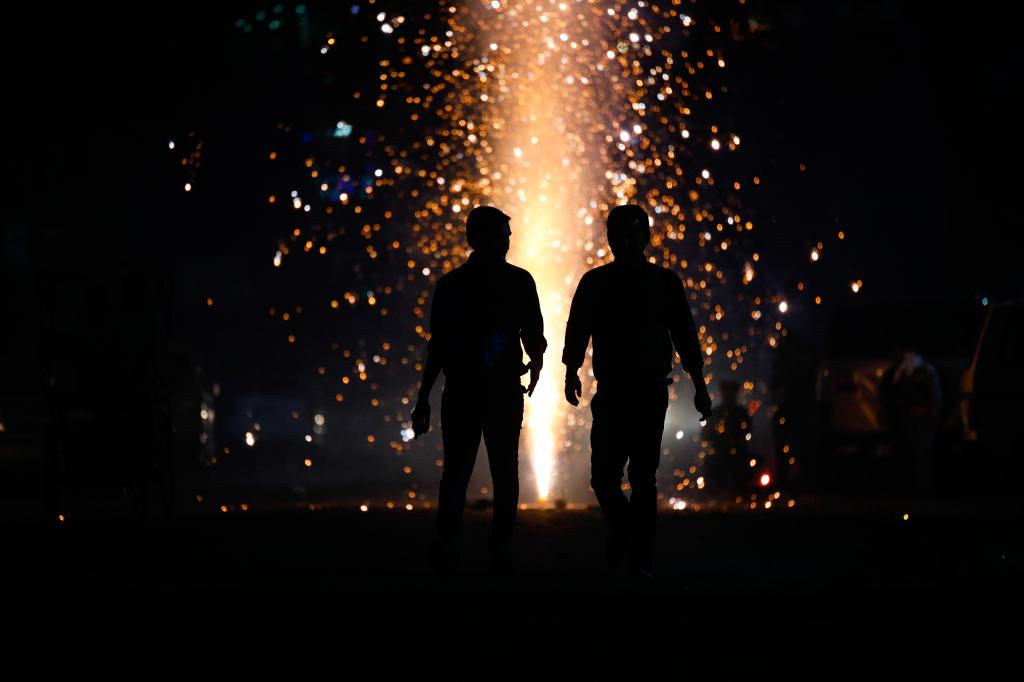 Kolkata welcomed 2021 quite literally with a bang as firecrackers burst during the New Year celebrations caused noise and air pollution levels to shoot up. This is a departure from the caution exercised by residents during Diwali less than two months ago brought on by the novel coronavirus disease (COVID-19) pandemic panic and strict government restrictions.

While the increase in noise pollution in the first hours of 2021 was caused by rampant fireworks at midnight, the city’s air quality worsened as a combined effect of resumption of economic activities in the phases of Unlock following the lockdown and unfavourable meteorological factors.

Incidentally, Kolkata is India’s only major city where no restrictions on celebrating New Year were imposed.

Among the metro cities, Kolkata recorded a spike in the maximum number of noise monitoring stations at midnight and localities with hospitals were also not spared, show data generated by the Central Pollution Control Board (CPCB).

In eight of the 10 noise monitoring stations, noise levels shot up between midnight and 1 am compared to the hour preceding it, underlining the role of fire crackers burst to ring in the new year. Bangalore recorded an increase in six stations, Chennai and Delhi in five stations each and Mumbai in four stations.

On a usual day, the reverse trend is observed with ambient noise level plummetting in the hours following midnight.

In fact, the city’s biggest decibel spike was around a hospital in central Kolkata, RG Kar, where the ambient noise level jumped to 64.4 dB from 52.4 dB. The noise level around SSKM hospital also rose 3.7 dB and stood at 51.2 dB, much higher than the safe limit of 40dB for hospital zones.

The increase in these three areas was in the range of 20 dB to 30 dB above the permissible nighttime limit of 45 dB for residential areas.

According to experts, an increase of 3 dB doubles the sound intensity in the human ear.

Along with noise pollution, the air quality of city turned from ‘poor’ to ‘very poor’ in the first week of 2021. The air quality index (AQI) of Kolkata was 267 (AQI from 200 to 299 considered ‘poor’) in January 1 but gradually worsened to ‘very poor’, hovering beyond 300, later in the week.

“The known sources of air pollution as well as meteorological factors combine to create poor quality of air. However, without a detailed study it is difficult to conclude which factor contributes how much in polluting the city’s air,” said Professor Sagnik Dey, an air pollution expert associated with IIT Delhi.

Dey opined that the improvements in air quality achieved by default during the prolonged months of lockdown have been undone and the city has gone back to its usual perils of polluted air since then.

According to a recent study carried out by National Environmental Engineering Research Institute (NEERI), about 28% of the city’s PM 2.5 pollution is caused by households, followed closely by road dust and vehicular pollution (both around 25%).

Activists claim that with no specific judicial order in place and an administration reluctant to stop festivities, a section of the society was given free run to violate green norms during New Year celebrations.

“As per the noise act, police have the regulatory power to counter noise norm violations. Before the new year, we wrote to all concerned police departments regarding the norms,” Kalyan Rudra, chairman of West Bengal Pollution Control Board (WBPCB), told DTE.

Before Diwali, the Calcutta high court had introduced a blanket ban on fireworks mainly to reduce air pollution after doctors had warned that noxious smoke from crackers can impact Covid patients.

In November 2020, the Supreme Court had allowed bursting of green crackers for a couple of hours on New Year's Eve only in areas with ‘moderate’ and better air quality.

“Kolkata does not qualify to celebrate the New Year with fireworks as its air quality was either poor or worse in the preceeding day. Also, no green firecrackers were available in the city. I saw traditional crackers being burst after midnight,” complained environmentalist Somendra Mohon Ghosh.

“On new year’s eve and January 1, we received several complaints of fireworks and loud music till late night,” said Naba Dutta, secretary of environment platform Sabuj Mancha, who alleged that both police and WBPCB are at fault.

“While police have the main responsibility of controlling noise pollution, WBPCB should have been more proactive. They cannot just send a letter and sit back,” said Dutta, adding that Sabuj Mancha had written to WBPCB some time back, urging them to take action against such violations.

Biswajit Mukherjee, a retired state WBPCB chief law officer, felt that state’s decision to not impose night curfew on December 31, as was done in most major cities, encouraged violators.

“We have made several arrests but still I am looking into the allegations”, said a senior official of Kolkata police while quizzed about the violations during New Year celebrations.