The Environment Pollution (Prevention & Control) Authority (EPCA) for the National Capital Region (NCR) on March 1, 2019 submitted a report to the Supreme Court (SC) on removal of the cap imposed on the number of autorickshaw permits issued in Delhi. This report is in compliance with the directions of the SC, which is looking into the matter.

The issue of autorickshaw permits for the National Capital Territory (NCT) of Delhi dates back to December 1997, when the apex court looked at emissions from two-stroke autorickshaws, prevalent then in the state.

Subsequently in 1998, the Delhi government, on the directions of the apex court, launched an incentive programme to replace the older, polluting autorickshaws with those operating on a much cleaner fuel — Compressed natural gas (CNG).

This was alongside the SC’s direction that mandated all public transport vehicles in Delhi — buses, taxis and autorickshaws — to operate on CNG. The state transport department provided sales' tax exemptions and an interest subsidy to approximately 50,000 autorickshaws for this purpose.

Following this, the top court, in December 2002, permitted an increase in the total number of permits by 5,000, increasing the total permits to 87,138. In 2011, this was further raised to the current one lakh autorickshaws.

In 2010, the EPCA submitted its report on the same matter.  In the report, it argued that the direction to cap the numbers of autorickshaws has led to a high transaction cost. This in turn is pushing the autorickshaw segment into the hands of financiers and auto unions, culminating in problems of managing this fleet for pollution as well as customer service.

For instance, the EPCA estimates that currently, the on-road cost of a new autorickshaw is inflated by 2-2.5 times due to distorted market conditions and additional factors of financing and union fees.

While the total number of autorickshaw permits has been restricted, the demand for shared mobility and last mile connectivity continues to grow. With increasing urbanisation and growth of new urban centres, the supply of public transport has failed to keep pace.

This also results in poor service delivery by the autorickshaws, since the limited supply means illegal premium charges over the growing demand. It has evidently led to an increase in the incidences of autorickshaws overcharging, denying specific destinations and increasing the costs of an average trip.

EPCA, in its current report, notes that the lack of a competitive, comprehensive origin-to-destination public transport system, including first- and last-mile connectivity, has directly contributed to increased private ownership of vehicles, as well as the congestion and pollution resulting from it.

At the same time, the number of registered taxis has reduced marginally, from 1,18,308 to 1,18,060; while autorickshaw growth has been capped at 1,00,000. This, combined with the insufficiency of public buses, gives no alternative but to use personal vehicles, which is apparent from the exponential growth in this segment

This trend continues today and it is this exponential growth of private vehicle users that is the root cause of both pollution and congestion. 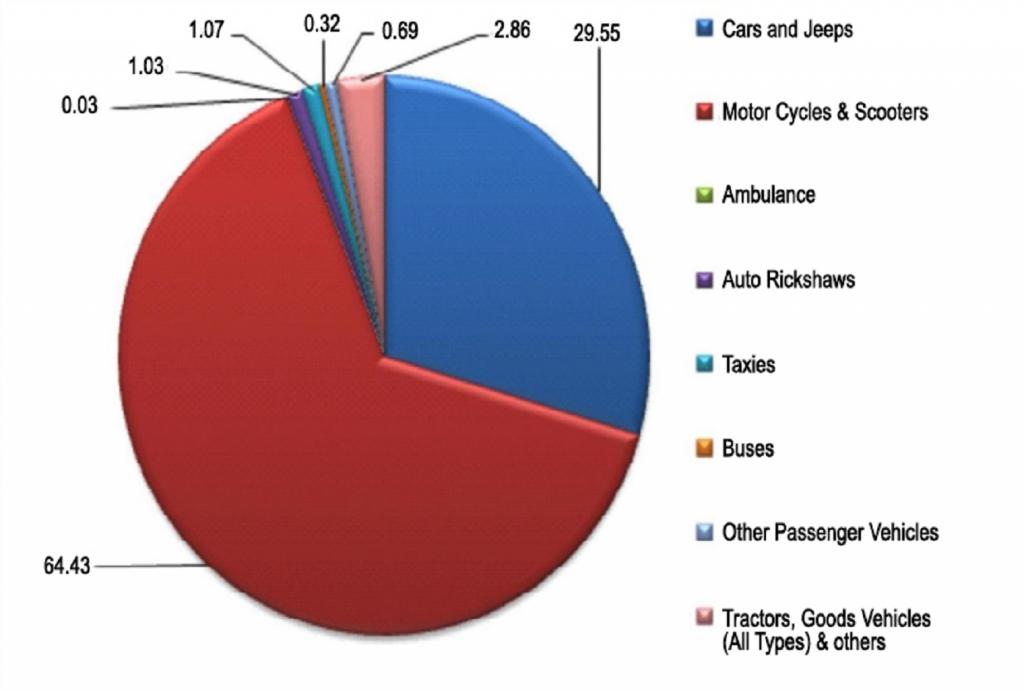 Although these figures point to increasing private vehicle ownership in Delhi, similar trends have been observed in the other parts of NCR — Ghaziabad, Noida, Greater Noida, Faridabad and Gurgaon, as well as other districts. Similar caps on the number of autorickshaws exist in Ghaziabad and Noida as well, which has led to proliferation of illegal and unregistered vehicles. In fact, in these NCR cities, a large numbers of diesel-fuelled autorickshaws also continue to ply.

Moreover, with the advent of cab aggregators, there is a growing imbalance in the para-public transport segment — with the number of taxis increasing disproportionately in respect to autorickshaws.

EPCA, in its report, notes that it is “important that there is a balance in supply of all kinds of para-transit so that there is a viable mode of public transport for all sections of society.” Similar caps on registration of autorickshaws and taxies exist in other cities across India, including Chennai, Mumbai and Kolkata, as well as Tier-2 and Tier-3 cities.

In fact, the Ministry of Road Transport and Highways (MoRTH), through its notification S.O. 700(E), has asked at least 20 other cities to limit the number of contract carriage permits, issued to taxies and autorickshaws.

Such a centralised push for cap on numbers of par-transit and public transport vehicles has lead to a veritable rise in private vehicle ownership, as well as the subsequent effects on congestion and increased vehicular emissions. It has also resulted in a drop in service quality.

EPCA has now asked the SC to consider removing the cap on the number of autorickshaws, given the upcoming BS-VI emission standards and norms to be implemented from April 1, 2020. It has asked for the following:

If implemented, the removal of this cap can potentially increase the quality of service provided by autorickshaws in Delhi and NCR. It may also reduce the total cost of travel within the region.

An order to this effect by the Supreme Court may also have a cascading effect on the removal of such caps in other cities across India. The SC is due to hear the matter and discuss EPCA’s report on March 6, 2019.