The Ganga gets highly polluted after Kannauj in Uttar Pradesh: Report 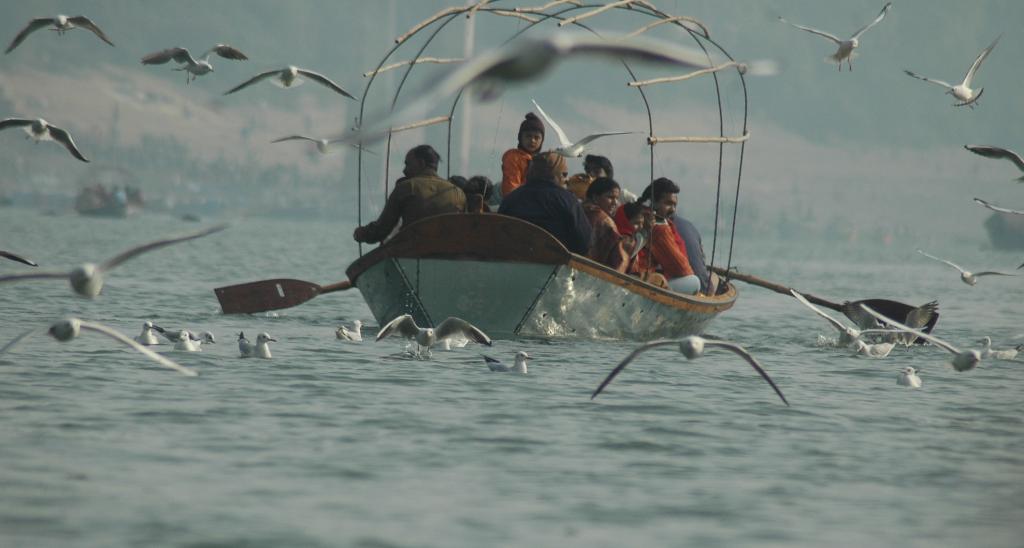 Tourists at the Sangam in Prayagraj. Photo: Agnimirh Basu / CSE

The Oversight Committee on water quality, untapped drains and status of Sewage Treatment Plants (STPs) in Uttar Pradesh headed by Justice SK Singh filed its report on the website of the National Green Tribunal on June 26, 2020.

The committee had directed the Uttar Pradesh Pollution Control Board (UPPCB) to call for a report from the regional officers with regard to the quality of water in different parts of the Ganga river originating from Uttarakhand and entering Uttar Pradesh in Bijnor district.

A report was submitted by the chief environment engineer of UPPCB’s central laboratory on the water quality of the Ganga in Uttar Pradesh in the months of January, April, August and December 2019 in different districts from Bijnor to Ghazipur.

The biological oxygen demand (BOD) or dissolved oxygen level was 1.4 milligram per litre (mg / l) at the place where river Ganga entered Bijnor. The water quality was B, which was fit for outdoor bathing, according to the report.

From Bithoor in Kanpur to Prayagraj (Allahabad), the water quality of the Ganga remained in category D. The BOD level of the Ganga in Vindhyachal, within the territorial jurisdiction of Mirzapur, was C that got converted to D after Mirzapur and remained the same in Ghazipur.

More than 50 per cent STPs were not properly functioning and sewage generated from Lucknow city was directly discharged into the Gomti river, causing water pollution. The STPs installed were overflowing and no action was being taken by the water works department.

The NGT had directed that no untreated sewage should be discharged into the Ganga and bio-remediation and phyto-remediation or any other remediation measures should start as an interim measure positively from November 1, 2019.

Failing this, the state would be liable to pay compensation at the rate of Rs 5 lakh per month per drain. Since no remediation measures are reported to have taken place, the environmental compensation should be levied and recovered from the state within a time frame.