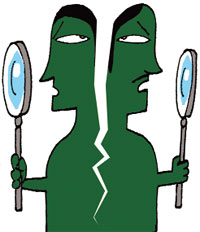 A COMMITTEE set up by the government to investigate POSCO India’s compliance with the forest rights act (FRA) in its steel plant in Orissa’s Jagatsinghpur district has presented two divergent perceptions in its report. The committee, constituted by the Ministry of Environment and Forests to examine the company’s proposal for a captive port and steel plant, presented its report on October 18. The members of the committee are Urmila Pingle, tribal affairs expert; V Suresh, activist and advocate; and Devendra Pandey, former director of the Forest Survey of India. The chair is Meena Gupta, former environment secretary.

The committee was asked to investigate to what extent the Scheduled Tribe and Other Traditional Forest Dwellers (Recognition of Forest Rights) Act, 2006, had been implemented in the project area. In August, the ministry directed the state to stop work on the project. The US $12 billion steel plant with a captive power plant and a captive minor port will require 1,253.22 hectares (ha) displacing 471 families.

While the chair presented one report, the other three members together presented another. According to Suresh, “There is no divergence on the technical aspects; it is just a difference in approach.”

There is consensus among the members on the lapses in the implementation of FRA. The Act grants legal recognition to rights of traditional forest dwellers. A proposal to divert forestland needs permission or agreement of the forest dwellers in the area who are then compensated accordingly.

The committee found a number of people had not submitted their claim to forestland and hence will suffer if the process of registering claims is not carried out again. But the chair does not want to disturb the forest clearance already granted. On the other hand, the three members have recommended that the forest clearance be revoked. Suresh said, “A fresh FRA procedure without revoking the existing forest clearance will be against the very statute of the Act.”

The resettlement and rehabilitation package couldn’t get all the members to agree either. While Gupta finds it good, members say it lacks land-for-land compensation. Criticising omission of landless labourers, they recommend stopping forestland diversion.

The environmental clearance also has members locking horns. The environmental impact assessment (EIA), a pre-requisite for obtaining environmental clearance, was carried out separately for the proposed steel plant and the captive port. While the chair is of the view that the EIA should be done within time to avoid delay in construction of the project, the other three members say the clearances granted should be revoked because there exist major lacunae in the clearance process starting from inadequate EIA to faulty public hearing procedure. The company had done an EIA report but did not submit it since all clearances had been granted.

A major flaw exists in the clearance process involving the Expert Appraisal Committee (EAC) dealing with the project. Pointing to paragraph 120 in the committee report, Suresh clarifies, “The minutes of the EAC meeting were altered significantly by the chairperson especially in the context of the members’ interest to examine the objections raised about the environmental concerns.”

The report has also brought to fore the possible interference by the Ministry of Finance with the clearance procedure. As specified in paragraph 125 of the report, an official from the finance ministry requested the status of the POSCO proposal from the environment ministry; vide a letter dated May 9, 2007.

The port was granted clearance within six days—on May 15, 2007. Even the Coastal Regulation Zone clearance obtained by the company is tainted with lapses and violations, according to the report. “A company is a profit-making outfit, this essentially is a failure of the regulatory mechanism,” Suresh added.

In a press statement issued by POSCO, the company denied allegations of violation of any kind in obtaining clearances. The company stated that due to unexpected delay in initiating project work, laws and legal procedures have been changing, causing the differences in perception of different stakeholders.