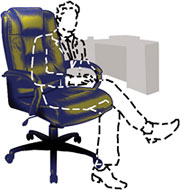 The impending mass vacancy has turned the spotlight on the Department of Personnel and Training (DoPT). It turns out the department has been filling these posts without any policy guideline.

Documents accessed by activist Arvind Kejriwal through Right To Information (RTI) Act show the DoPT is enjoying powers never vested with it. The RTI Act specifies that rules for appointment should be framed by DoPT, but the department never framed any. “Till date, one or two information commissioners were appointed at a time, so the issue never came to light,” said Kejriwal. As of now, the RTI Act states only three things about appointments— creation of a selection committee comprising the prime minister, leader of opposition and a cabinet minister; it specifies the eligibility criteria for information commissioners and SCICs and mentions factors that would disqualify a person for the posts. Only eminent persons with knowledge and experience in various fields like law and science should be considered, says the law.

Kejriwal cited various instances of DoPT violating the law. On August 27, 2008, the selection committee cleared four names. Among them, only one name, that of Shailesh Gandhi, was proposed by several RTI activists. The others —Annapurna Dixit, M L Sharma and S N Mishra—were selected from the agenda note prepared by then joint secretary of DoPT, S K Sarkar. They had not applied for the jobs. S N Mishra happened to be then DoPT secretary and Sarkar’s boss. On April 6, 2009, the selection panel met to clear one name— Omita Paul, adviser to Union Minister Pranab Mukherjee. She was appointed information commissioner in the Central Information Commission just before the parliamentary elections. She resigned in June when the Congress-led UPA returned to power. Hitender Jain of the non-profit, Resurgence India, said he had found similar instances of adhocism in Punjab.