Property is a right: SC

RIGHT to property is a Constitutional right. The Supreme Court said this on April 18 dismissing acquisition of land by the Uttar Pradesh government near Greater Noida. The judgement has stirred a long-standing debate over property—whether the State has the supreme rights or the individual owner.

The judgement was in response to a public interest petition by Radhy Shyam and other farmers and small enterprisers in Makora village. In 2008, the state acquired over 205 hectares of the village in Gautam Budh Nagar district on behalf of the Greater Noida Industrial Development Authority. The petitioners contended the government invoked the provision of urgency under the Land Acquisition Act of 1894 to avoid objections from land owners. It did not even hold a public hearing. The high court had dismissed their plea last year. 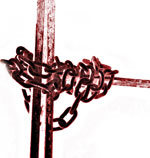 The apex court upheld the petition and cautioned the government against using Constitutional clauses to override an individual’s right to property. Justice G S Singhvi and A K Ganguly said there was “no real and substantive urgency” that justifies invoking of the urgency provision. Setting a precedent, they said if land is acquired for the benefit of private persons, the court should view invoking of the provision of urgency with suspicion and scrutinise records before deciding if the acquisition is legal.

On account of large-scale acquisition of agricultural land, those who depend on farming and ancillary activities have been deprived of their only source of earning a living. Most of them do not have any idea about their legal rights.

They reconcile with deprivation of land by accepting the amount of compensation the government offers, the judgement reads. “Court should not adopt a pedantic approach, as has been done in the present case and decide the matter keeping in view the Constitutional goals of social and economic justice and the fact that even though the right to property is no longer a fundamental right, the same continues to be an important Constitutional right,” the court ruled.

The Department of Land Resources says the judgement will not change the power of the government to override individual rights. “As per the law the government can acquire land whenever and where it requires for greater public good,” says Harpratap Singh, Deputy Secretary of the department.

Sanjiv Kumar Agarwal, founder of Good Governance India Foundation, a non-profit in Kolkata, concurs. The only reason this judgement has gone in favour of Makora farmers is because the Uttar Pradesh government did not follow proper procedures. “Classifying property as a Constitutional right does not help because it only means that at the point of conflict the parties involved need to go till the apex court and not every individual can take the legal recourse,” he says.

In 1978 when the right to property was removed from the list of fundamental rights, experts had claimed that the move would harm marginal farmers and poor land owners the most. This seems to have come true as highlighted in the current case.

Rajeev Dhavan, a Supreme Court advocate and director of Public Interest Legal Support and Research Centre says there have been several such judgements in recent years where the courts have recognised an individual’s right to property. “These judgements require land acquisition proceedings to be read in a manner where the rights of the acquiree are not overlooked,” he says.