Increase in radioactivity blamed on the recent typhoon, Phanfone 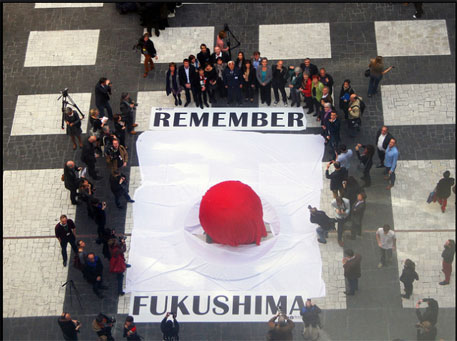 The level of radioactive contamination in underground water near the damaged Fukushima nuclear plant in Japan rose to record levels after the country was hit by a typhoon last week, says Japan Broadcasting Corporation NHK.

According to samples taken by Japan’s Tepco Electric Power Company (TEPCO) on October 8 and 9, the level of radioactive cesium in water taken from a well near the Daiichi Nuclear Plant in Fukushima amounted to 251,000 becquerels per litre, the highest recorded so far. The presence of the radioactive isotope was three times higher than what it was four days earlier. The increase, according to plant’s technicians, was due to excessive rainfall caused by Typhoon Phanfone on October 6, NHK reported. Cesium is a highly soluble chemical that can spread easily and cause cancer.

Meanwhile, Japan’s JIJI news agency reported that other measurements also showed very high levels of tritium—another radioactive isotope of hydrogen. Samples from October 9 showed that there were 150,000 becquerels of tritium per litre in the groundwater near Fukushima, 10 times more than what was recorded the previous week. “Materials that emit beta rays, such as strontium-90, which causes bone cancer, also broke all records, with a reading of 1.2 million becquerels, the utility said of the sample,” reported JIJI. While cesium is considered to be more dangerous than tritium, both are radioactive substances, the discharge of which into the Pacific Ocean (in high quantities) should have been checked.

Typhoon Phanfone that hit the country a few weeks ago not only brought heavy rainfall but also injured dozens in Okinawa and Kyushu islands before moving westward towards Tokyo and Fukushima. For now, extra measures to contain the problem are not on the table as “additional measures have been ruled out since the depth and scope of the contaminated water leaks are unknown, and power company TEPCO already has in place several measures to control the problem—such as the pumping of groundwater or walls to retain underground water,” said IANS news service.

Continuing leakage of radioactive water from the power company’s Daiichi Nuclear Plant is now being termed as a “serious accident” under the International Nuclear and Radiological Event Scale (INES) by Japan's Nuclear Regulation Authority (NRA). Earlier, the leakage was deemed at level 1 which is regarded as an 'anomaly' under INES. However, following the leakage of 300,000 litres of contaminated radioactive water from one of the storage tanks led the authorities to escalate the threat level to 3, which means it is a serious accident under the globally accepted scale.