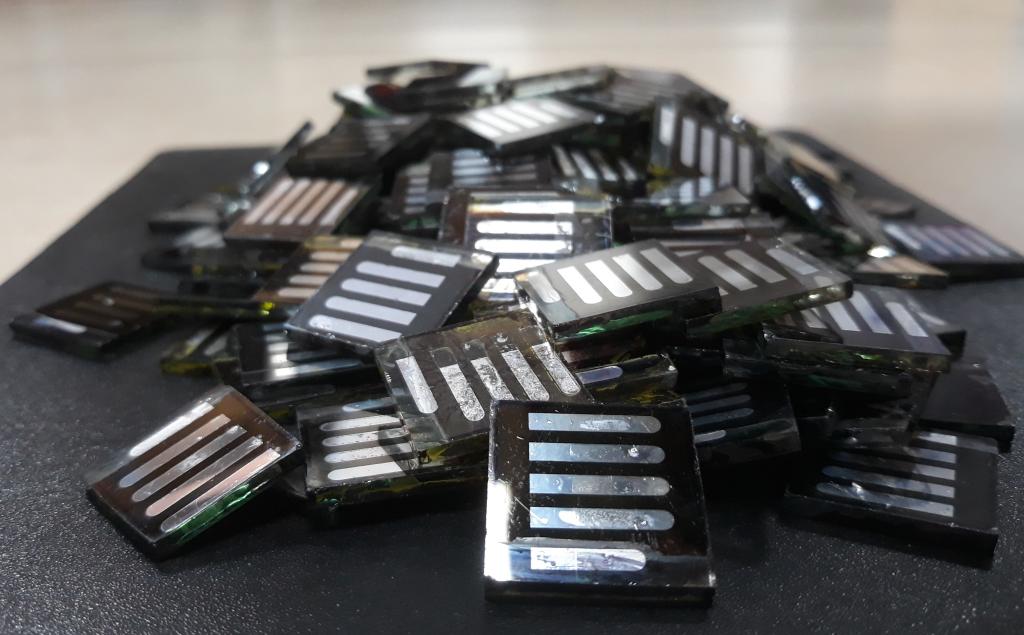 Scientists from the Indian Institute of Technology, Guwahati, have found a way to make solar panels more efficient, cheaper and recyclable — by stabilising hybrid perovskite-based solar or photovoltaic devices to produce electricity.

Perovskite-based devices are considered heavily used semiconductor materials as they are affordable and easy to manufacture.

“The perovskite materials are extremely unstable towards ambient (humidity and oxygen) conditions that restrict their commercialisation,” the statement by IIT-Guwahati said.

The paper stated: “Developing large-scale perovskite solar cells requires high-quality defect-free perovskite films with improved surface coverage. One of the most convenient ways to achieve this is through the incorporation of appropriate passivation molecules in the perovskite films.”

The study was published in the American Chemical Society journal Chemistry of Materials. The research team was led by Parameswar K Iyer, Department of Chemistry and Centre for Nanotechnology and School for Health Science and Technology, IIT Guwahati.

“The most convenient way to harness the maximum potential of the perovskite active layer is to use a coating of an appropriate material so that it becomes ‘stable’ or less readily affected by the environment, in this case humidity and oxygen. The team managed to study the effect of a newly created polyelectrolyte (polymer with positive or negative charge) in increasing the stability of the perovskite films.”

The research results on perovskite solar cells appeared first in 2009. Though it is just over a decade old, it is challenging the efficiency and performance of inorganic solar cells, which is 6-7 decades old. “Now, notable progress is being made in terms of stability of these devices,” he added.

He added that various government agencies in India, such as the Department of Science and Technology and NITI AAYOG, have initiated major research and development schemes to push research in perovskite solar cells so that renewable energy which is economical is accessible to the masses in the near future after learning about their breakthrough.

The newly developed version of the perovskite solar panels is yet in a proto-type form.

While solar energy is the future, WEEE (Waste Electrical and Electronic Equipment) is a growing problem.

The International Renewable Energy Agency (IRENA) in a report published December 2021 estimated the global PV waste will touch 78 million tonnes by 2050, with India being one of the top five PV waste creators.

“Recycling of any semiconductor, including the installed solar panels, is challenging. There is no definite plan to recycle this waste generated from solar panels so far. After 10-15 years, this waste will also pose a threat to the world,” he said.

India’s cumulative PV waste can go as high as 34,600 tonnes by 2030, according to a report prepared by the National Solar Energy Federation of India, SolarPower Europe and PVCycle, supported by EU in India and the Ministry of New and Renewable Energy

”All components used in the hybrid perovskite-based solar panels can be recycled easily: Each one of them is soluble in a particular solvent and a fresh set of perovskite solar cells can be again fabricated on the recycled substrates,” Iyer said.

These devices can be manufactured at room temperature, making them cost-effective and more eco-friendly.

“We strongly believe that the processing cost will be at least one-tenth of the current solar panels, and with the larger production units, the cost can be further reduced,” he said.

“Recycling perovskite cells is essential as most current structures contain lead, a toxic material. Researchers have found that effective recycling can significantly reduce energy consumption in the panel production process.  However, it is unlikely that a shift to perovskite cells will lead to a decrease in solar waste generation. A bulk of the panel’s weight comes from glass and the aluminium frame,” he said.