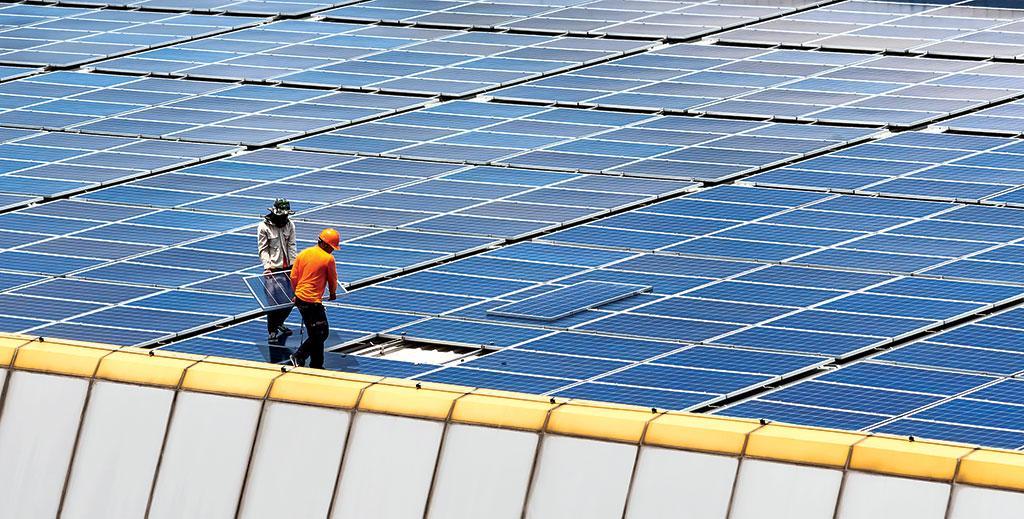 Energy supply from low-emission renewable energy sources such as nuclear, thermal and hydroelectric power plants should double by 2030 for the world to reach its net-zero emission target by 2050, according to a new report.

Only 18 members provide observational and simulated data derived from other public, private and academic sources, it added.

The WMO report has been released every year since 2019. This time, it focussed solely on energy since the sector accounts for nearly three-quarters of the world’s greenhouse gas emissions.

The world currently depends on 25 per cent of low-emission sources for its energy requirements. Doubling it, as indicated by the report, will increase it to 50 per cent by 2030.

In order to make this happen, the annual investment in the global energy system has to triple to $5 trillion from $2 trillion, said a research by the Climate Policy Initiative.

“We urgently need to respond to the growing impact of climate change on energy systems if we are to maintain energy security while accelerating the transition to net-zero emission targets,” said Fatih Birol, International Energy Agency’s executive director.

This requires long-term planning and bold policy action to spur investment, which in turn needs to be underpinned by comprehensive and reliable weather and climate data, he added.

“Now is the time to accelerate the transition to a renewable energy future. Anything short of radical and immediate action will ultimately eliminate the chance of staying on the 1.5°C path,” said Francesco La Camera, International Renewable Energy Agency’s director-general.

The intertwined energy and climate crises have dramatically exposed the weaknesses and vulnerabilities of an economic system heavily reliant on fossil fuels, he added.

He said advancing the transition to renewables is a strategic choice to bring affordable energy, jobs, economic growth and a resilient environment to the people and communities on the ground.

Energy security was not a top priority for countries. Only 40 per cent of nationally determined contributions to mitigate climate change prioritised adaptation, the report stated.

Total renewable energy pledges in all Nationally Determined Contributions (NDC) to mitigate climate change accounted for 3.7 terawatts (TW) of energy. However, only 56 per cent of NDCs quantified renewable power targets.

“The pathway to reach the Paris Agreement’s long-term global goal on mitigating global warming requires 7.1 TW of clean energy capacity to be installed by 2030,” the report read. This represents a 70 per cent gap in the amount of emission reduction needed by 2030.

The World Meteorological Organization provides climate services such as educating stakeholders on climate science and early warning systems. The report found that less than 50 per cent of the WMO members offer climate services to the energy sector.

The transition to clean energy can only be done through improving risk assessments due to climate change, as renewable energy services vary according to local weather.

The report quoted the example of the heatwave in Bueno Aires that caused power outages in January 2022 and the rain that damaged power lines in the Far East of the Russian Federation. Thousands of people suffered without electricity during these events.

“Time is not on our side and our climate is changing before our eyes. We need a complete transformation of the global energy system,” said WMO secretary-general Petteri Taalas.