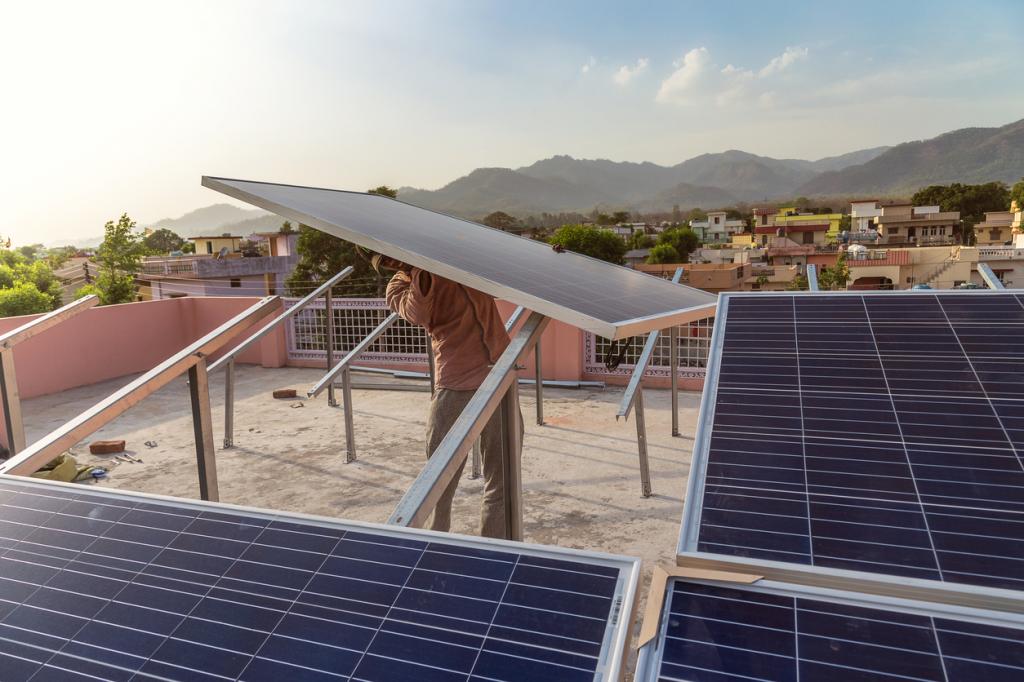 India will fall short by nearly third of its target to take its solar power generation capacity to 300 gigawatts by the end of the decade, according to a new report. The rooftop solar segment may disappoint.

Prime Minister Narendra Modi’s declared the target at the 26th Conference of Parties (CoP26) to the United Nations Framework Convention on Climate Change in Glasgow 2021. The announcement made the solar energy spread plan part of the country’s formal commitment to the UN.

The country is set to miss the mark by 27 per cent, casting a shadow over the ambitious plan, the report prepared by JMK Research and the Institute for Energy Economics and Financial Analysis (IEEFA) said. IEEFA is a non-profit working on energy markets, trends and policies.

Read more: Rooftop solar: Why India is now considered to be a laggard globally

A senior official in the Union Ministry of New and Renewable Energy, in an exclusive chat with this reporter, rubbished the researchers’s claims. They said the country is almost on track to achieving the 100 GW total solar target by 2022.

They, however, admitted that the original rooftop solar energy capacity installation target of 40 GW will not be met.

Most solar energy experts, including senior officials in the government, accepted that there is likely to be a shortfall.

The economic downturn, which began before the pandemic and has been magnified during it, has rubbed off on the solar energy growth, they told Down to Earth. The energy demand failed to increase as it was presumed while setting the target, they added.

India had set a target of installing 40GW rooftop solar energy capacity by 2022. There will be a shortfall of 25GW from this target, according to the report. This will be a major impediment for the country to achieve its overall solar energy target, the researchers identified.

The country seems to be on track for the 60GW solar energy target from big-ticket solar utilities, with a projected shortfall of 2GW, the report said.

With just eight months of 2022 remaining, only about 50% of the 100GW target, consisting of 60GW of utility-scale and 40GW of rooftop solar capacity, has been met.

The country presently has about 54GW installed solar capacity, another 19 GW is likely to be added within this year.

“We have found that the country has 11 GW solar now and, at best, another 4 GW will be added in 2022. Still, the achievement in the rooftop sector will be about 25GW less compared to the target,” co-author Vibhuti Garg, energy economist from IEEFA, told Down to Earth.

The researchers at IEEFA analysed data from government and private sources and also taken into account projects in the pipeline for the analysis, she added.

What’s in a name

The country is almost on track to achieve the 100 GW total solar energy capacity target by 2022, a senior official in the ministry told DTE, dismissing the “shortfall” claim.

The target distribution between large-utility and rooftop solar energy capacities has been rejigged internally, he admitted, adding that plans for rooftop installations have virtually been put in the backburner.

The official from the ministry, who didn’t wish to be named, said:

Solar is solar; So, a couple of years ago we decided internally to do away with the 60GW and 40GW breakup. As of now, we have installed 54GW overall capacity and another 44GW will be installed by 2022.

The data for installed capacity in the country is the same in the report as well as government data. But the capacity to be added — projects in advanced stages — differed sharply within the published report and government claim. The report calculated projects in the pipeline will create a capacity of 19 GW, while the government data claimed it will add 44GW.

Modi made a commitment that India would “reach its non-fossil energy capacity to 500 GW by 2030”, during the Glasgow climate summit last November.

The power ministry and Central Electricity Authority, in association with a US-based agency, has formed a committee to finalise the formula of dividing the 2030 target – 500 GW — into various power sources within the country’s overall non-fossil based power mix.

Solar experts, not involved with the report, also feel that achieving the 100 GW target in 2022 will be tough.

Vaibhab Chaturvedi, a solar expert associated with the Council on Energy, Environment and Water, said:

It was an ambitious target to begin with. Moreover, economic recession, both during and also before the COVID-19 pandemic, has rubbed off on the solar growth, leading to the current situation

“It’s (lack of adequate rooftop solar installation) a policy failure, said said SP Gon Chowdhury, a solar energy expert and advisor to the Union government. “Few states have good policies, many have poor policy structures and others are yet to have any rooftop policy at all.”