Benda is located in the drought-prone poverty-stricken region of Bundelkhand. Yet by 2018, much before Uttar Pradesh’s Chief Minister Yogi Adityanath could bag the ODF tag for the state, Benda had managed to declare itself ODF.

Bright coloured motifs and slogans now adorn the walls of toilets, the only concrete structure neatly scattered across the village.

“The decorations are part of the competitions we organise from time to time so that people keep their toilets clean and use them,” said 75-year-old Matgayan Singh. He is a swachhagrahi, or foot soldier of the mission, whose responsibility is to leverage his social ties in the village to reinforce the message of sanitation.

“The task was not easy initially when SBM was launched (in October 2014). Every day, a few village elders and I would take a tour of the village and sensitise people about the benefits of using toilets. At times, children informed us about people defecating in the open and we rushed to their houses to talk them out of the practice. But gradually people understood the security linked with toilets,” he said.

The region is also infamous for attacks and assaults on women, particularly when they step out early in the morning or late in the evening to relieve themselves. “We now feel secure about our daughters as we have the toilet facility at our doorstep,” said Vasudev Singh, a resident of the village.

The achievement of Benda is remarkable for another reason. In 2016, when efforts to instal toilets were in full swing, the district was still reeling under a severe drought. 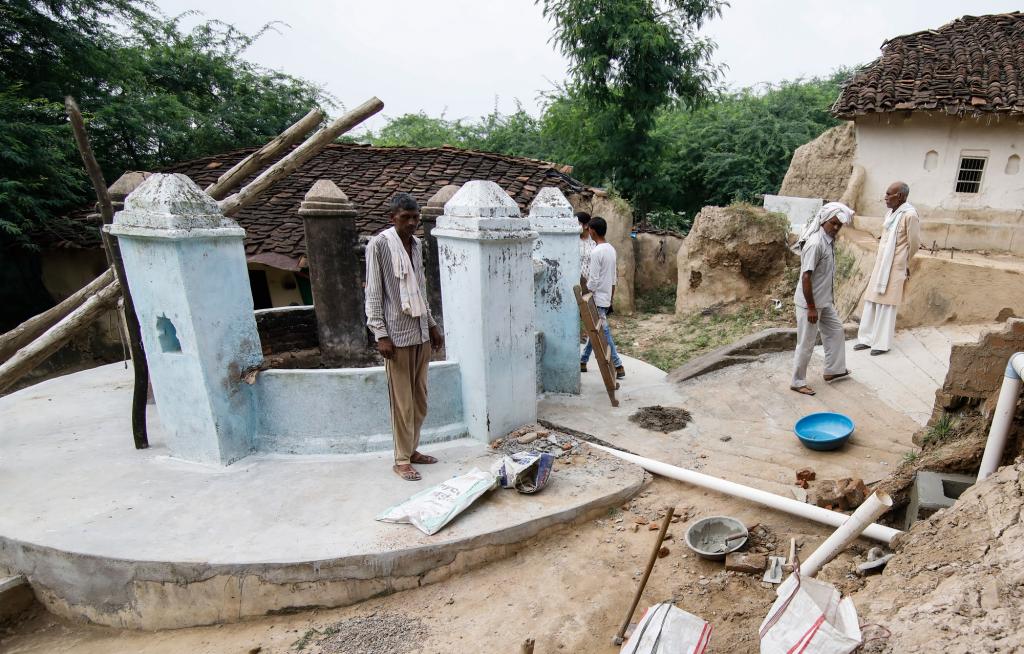 People have learnt to use water judiciously after installation of toilets, said the foot soldier. “Though we have both wells and hand pumps, only well water is used for washing and cleaning. It’s only during peak summers when the wells go dry that people use water from hand pumps for flushing toilets,” he said.

And yet water scarcity is increasingly becoming a reality across the region. In summer months, wells become dry and groundwater dips as low as 22 metres. To ensure that people do not slip into their old habits, district magistrate Heera Lal launched a campaign Kuwon talabon mein paani layenge, Benda ko khush haal banayenge (We will revive the wells and ponds and make Banda prosperous).

Since April 2019, officials have been digging soak pits around hand pumps to reduce wastage of water. Rainwater harvesting structures are also being installed on tiled roofs to divert every drop of rain to nearby wells.

More than water availability, Singh is worried about the households that remain excluded from SBM. About 200 households in the village are without toilets. These were either left out during the baseline survey of 2012 or young families who are separated recently from their parents. “They continue to defecate in the open and could be a bad influence on the rest of the village residents,” said the swachhagrahi.

Dharmendra Pal, another ADO of Tindwari block, said his office received two lists (one of 79 households and the other of 23 households) for disbursement of funds for toilet construction. “One list has been approved and the work has started,” he said.

Just 100 kilometres from Benda, across the Ganga, is Dalmau, a historical place in Raebareli district. Three villages in the block — Chak Malik Bhiti, Dalmau and Kahana — dotting the riverbank received special attention under SBM as well as the Centre’s another flagship programme Namami Gange. They were identified as Ganga Grams to ensure that excreta from the 2,300 households does not contaminate the waterbody.

Although the district has been declared ODF, Anita Yadav, gram sevak of Kahana, said 75 per cent of people in her village use toilets regularly. Most of them are the elderly, women and children. 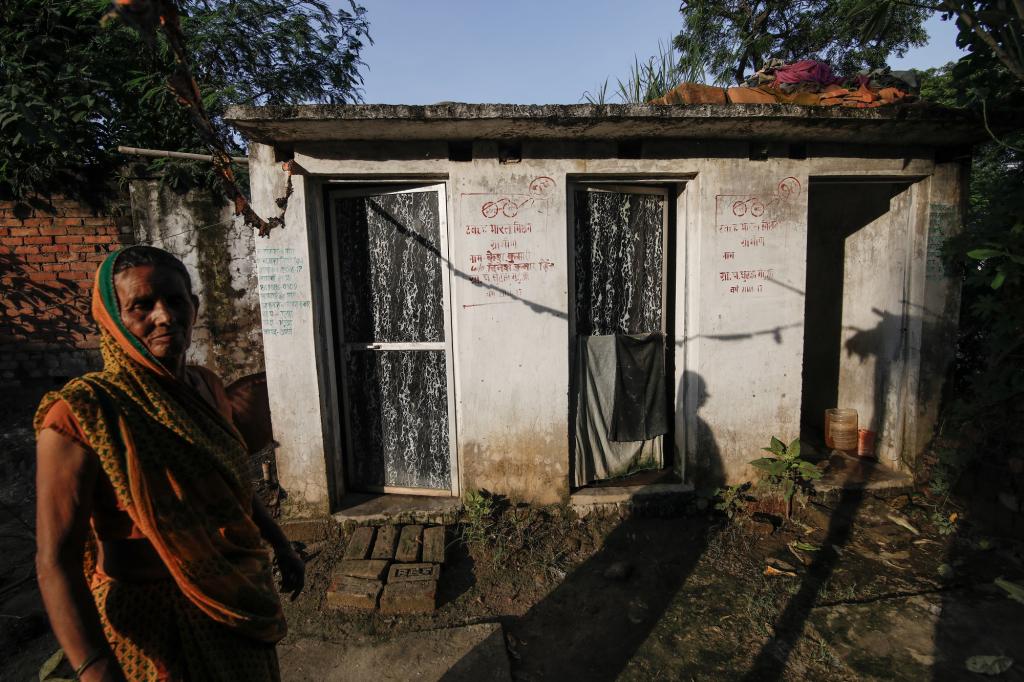 In neighbouring Amethi district, Ghorha village experienced an interesting turnaround. In August 2017, when Down To Earth (DTE) visited Ghorha, almost all the houses had toilets, but were locked.

Residents refused to use the toilets saying the sarpanch got those made without consulting the community. This time, after two years, DTE visited Ghorha again. “About 75 per cent of the residents now use toilets,” said Kesh Kumari, 70.

“Though I opposed the idea then, I realised its importance now as age has restricted my mobility,” said Sarpanch Dhruv Raj who has faced criticism since.

“There has been a steady increase in toilet usage by the village residents and the foremost reason for this is convenience at the doorstep,” added Raj.

He is now preparing a list of beneficiaries who were left out under SBM.