The bacteria that feed on a murderer’s skin could now be as incriminating as blood and semen. Biologists in the US have developed a technology that helps isolate the DNA from bacteria left on surfaces such as computer key boards and compare it with the genetic material from bacteria on hands. These bacteria lingered on the keyboard surface for nearly two weeks.

Proceedings of the National Academy of Sciences, March 15, 2010 (online) 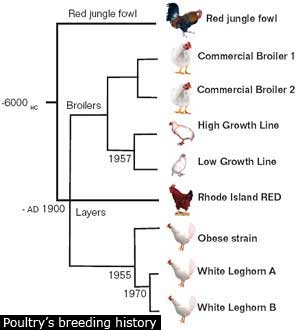 LIFE SCIENCES
From jungle to coops

It might not explain if the egg came first or the chicken, but a genetic study of chicken sorts out the sequence of domestication. Small DNA changes are behind the domestication of red jungle fowl to its present avatar. Researchers from Uppsala University in Sweden reported more than 7,000,000 single nucleotide differences and almost 1,300 deletions in the genetic material during the domestication process. The “domestication” has been linked to changes in the thyroid receptor, a protein that controls the metabolism and reproductive timing of the chicken.

Metallic glasses combine the properties of metals and glass. The material has new properties and applications. But the new properties are not well understood. Carnegie Institution scientists put a metallic glass made from cerium and aluminum under high pressure to figure out the connection between the density and the material’s electronic structure. They found that the material became denser under pressure. This increases it’s utility. 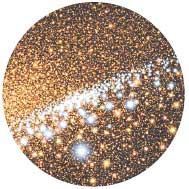 Accepted models on the origin of Milky Way contend that it regularly recruits stars from small galaxies nearby. The outer halo of the Milky Way has old stars, some with only one-ten-thousandth of the iron in the sun, or even less. Stars that do not have iron, indicate that it originated in the times when iron was rare. While it was postulated that these have come from older galaxies, there was no evidence. One such star, the first to be identified, has been found in Sculptor Dwarf Galaxy, a small galaxy near the Milky Way. This star has an iron abundance less than 0.25 per cent of the sun.

A refrigerator sized device called a GlidArc reactor can produce fuel from waste materials. It uses electricallycharged clouds of gas called “plasmas” which allow reactions to occur at low temperatures and clean up gases produced by waste gasification. The reactors can be assembled at home and cost around $10,000. 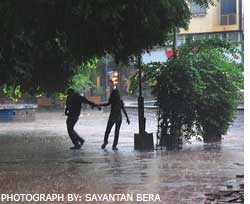 ATMOSPHERIC SCIENCES
Blame it on monsoon

Asians often dance with joy during monsoons. Well, it is time to stop. It seems that the pleasant rains help pollutants like black carbon, sulphur dioxide and nitrogen oxides spread around the world. The find is based on satellite observations and computer models by the National Center for Atmospheric Research in the US. The pollutants get into the stratosphere and circulate around the globe. While climate change is likely to alter monsoon patterns, it remains uncertain whether the result would be to strengthen or weaken movements of air that transport pollutants into the stratosphere.

Dark-eyed juncos around the University of California, San Diego, campus smell different from the ones that live 68 km away. This is linked to the preen oil produced by the birds to protect and waterproof feathers. The difference is genetic as birds raised in identical conditions maintained the difference. This is the first study to link odour to evolution.

The evolution of virulence in fungi was so far believed to be slow. A study shows the opposite. Researchers carried out a genome-wide analysis of three pathogenic strains of Fusarium and showed experimentally that complete chromosomes were being transferred between different strains. Fungal diseases are difficult to treat as they are more evolved than bacteria. Understanding transfer of genetic material would help minimize the problem of resistance to chemicals used to control fungi. 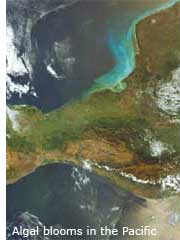 When an iron fertilization experiment was performed in the southwest Atlantic in January 2009, scientists wanted to promote algal blooms for carbon sequestration. The experiment, using iron dust, was suspended due to environmental concerns. Results from similar experiments conducted in the sub-Arctic North Pacific Ocean suggest that this was probably for the best. The extra algae poisoned the water with a neurotoxin, domoic acid.

Proceedings of the National Academy of Sciences, March 15, 2010 (online) 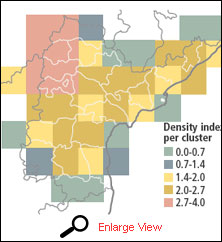 Little is known about the distribution of useful traits of pulses in India. Identifying the traits is important for breeding programmes. A map developed by Hyderabad researchers, uses GIS-linked traits of samples of black gram to the districts where they grow Andhra Pradesh. The results showed that the largest pods are recorded in Nellore and Adilabad while the smallest were recorded in Visakhapatnam and Vizianagram. Two varieties from Adilabad had the maximum number of pods per plant and one from Srikakulam recorded the least. High density index for pods per cluster and cluster per plant were found in northern and western Telangana. Highest number of clusters per plant was found in north western part of Andhra Pradesh.