A study carried out on Olive Ridley turtles in French Guiana region provides insight into their mass nesting behaviour. This is the first time that nesting behaviour of these turtles has been studied in this area. The researchers estimated the exact population of the turtles in the area, their genetic diversity and behaviour just before they come to the beach. The results showed the population of these turtles has seen a 99 per cent reduction in the last 2,000 years. This is one of the sharpest collapses ever reported in large species. The researchers say that this group behaviour makes the turtle more vulnerable but the information on how they gather prior to coming ashore should help protect them. Journal of Animal Ecology, October 19

You might have often seen fish execute jumps in water, but these leaps can happen on land too. The task may seem impossible as fish do not have legs, wings or arms. Scientists have proved the jumps can happen after studying several different types of fish. This suggests that land life on Earth started with leaps and bounds. The research was inspired by a fish mangrove rivulus jumping out of a small net and back into the water. The move was not just a random flop. The fish seemed to be in full control. Journal of Experimental Zoology: Ecological Genetics and Physiology, November

The heat from rocks scraping against each other during earthquakes can set stage for a bigger disaster as they contribute to weakening of faults. When rocks grind against each other, they generate extreme temperatures at scattered microscopic bumps, called asperities, where they make contact. These flashes of heat melt the rock and make it slippery at these microscopic contact points. This lowering of friction is enough to trigger a significant amount of stress, setting the stage for a bigger earthquake. Science, October 14

Country-by-country estimates of CO2 emissions include emissions produced from the burning of fossil fuels within a nation. Now a study reveals a comprehensive accounting method that tracks the entire supply chain of global CO2 emissions. The researchers used international trade data from 2004 to create a model that tracks carbon emissions in 57 industrial sectors and 112 countries, beginning with extraction and export of fossil fuels and ending with the ultimate consumption of the products. They found that 10.2 billion tonnes of CO2 or 37 per cent of global emissions are from fossil fuels traded internationally and an additional 6.4 billion tonnes of CO2 are embodied in traded goods. The findings can help determine how and where to regulate CO2 emissions. PNAS, September 13 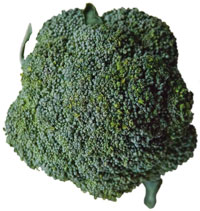 Studies have shown that eating broccoli can help protect against heart diseases and cancer. But if you want to capitalise on the beneficial phytochemicals and vitamins present in broccoli you should eat it raw or lightly steamed rather than in supplement form. Those who consume the broccoli supplement absorb significantly less nutrients. The reason: a necessary enzyme called myrosinase is missing from most of the supplement forms. Without this enzyme the body absorbs five times less of one important compound and eight times less of another. Intensive cooking does the same thing. Journal of Agricultural and Food Chemistry, September

A rapid test for the identification of bloodstream pathogens could help slash healthcare costs and save more lives. The technique—peptide nucleic acid fluorescence in-situ hybridisation (PNA-FISH)—uses fluorescent molecules tagged to genetic sequences that match those in the microbe. When added to a dried drop of blood culture containing pathogens, sequences that find their match inside the microbe stick, while those that do not are washed away. This helps rapidly identify bloodstream pathogens by their genetic code. Results are available within hours, instead of days, helping doctors customise treatment for patients with infections. Presented at the 51st Interscience Conference on Antimicrobial Agents and Chemotherapy, October 13

Plants can move towards light even though they do not have eyes. This ability is called phototropism and two proteins, phototropin 1 and 2 play role in it. Now scientists have found that these proteins act as photoreceptors and initiate the phototropic signaling response in conjunction with a third protein, called NPH3. The study sheds new light on how molecular signaling pathways work in coordination to regulate phototropism. This can provide new insights into the process of photosynthesis. The Plant Cell, October 13 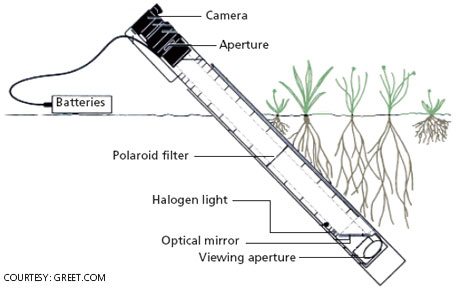 Little research has been done on mangrove ecosystems. Now, researchers are all set to monitor the roots in these mangroves using a new system, called minirhizotrons. A single minirhizotron consists of a digital camera attached to a movable sledge within a sealed clear tube that is linked via cable to a computer, which controls sledge movement, collects and transfers images of the roots to a server. The device is placed inside the soil and is an improvement over previous technology because it does not harm the plants and allows researchers to examine livings root. Also, it has the ability to track birth and death of individual roots. Plant and Soil, October 13 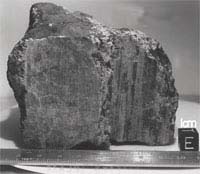 Four billion years old meteorite, ALH84001, which originated near the surface of Mars, has a story to tell. Scientists analysed the minerals in the meteorite and found that Mars used to be warmer and wetter than it is now. Scientists say this suggests Mars once had earth-like conditions for at least a few hours a day and could have supported life billions of years ago. The minerals seem to have formed at around 18° C. Knowing the temperature is also crucial to understanding the planet’s past climate and whether it had liquid water. PNAS, October 3 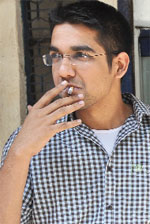 Smoking often causes irreversible damages to lungs leading to emphysema— enlargement of air spaces. Such patients often have difficulty breathing without an oxygen tank. Now, tests on mice have shown that drugs can be used to reverse the debilitating effects of emphysema. Millions die every year from lung diseases commonly caused by smoking. Scientists showed how an enzyme—nitric oxide synthase (iNOS)—causes high BP and induces changes to pulmonary blood vessels that lead to emphysema. Mice that did not have the enzyme did not develop emphysema. Existing drugs that block the iNOS enzyme also reversed the condition in mice that were already sick. Cell, October 14