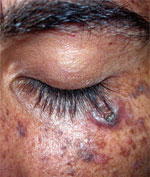 Basal cell nevus syndrome is a genetic condition that can cause dozens, even thousands, of skin cancers known as basal-cell carcinomas all over the body. The current treatment is frequent surgery, which can result in scarring. Scientists have now found that a recently approved drug, Erivedge (vismodegib), can keep the cancer at bay.

Subjects who took vismodegib developed an average of two new tumours per year, compared with 29 new tumours in subjects taking a placebo. In people whose carcinoma had spread, the study showed that in 30 per cent of 33 patients the tumours shrank after taking the drug. New England Journal of Medicine, June 7 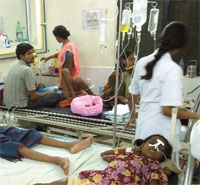 Acinetobacter baumannii, a superbug, is notorious for causing deaths of hundreds of patients each year. It clings to hospital equipment like catheter tubes. Scientists have now identified the mechanism that allows the bacteria to shield themselves from antibiotic.

It can help devise ways to combat the superbug. The bacteria protect themselves by covering their surface with molecules knows as glycoproteins. If the proteins are not produced, it becomes less virulent. PLoS Pathogens, June 7

Climate change, population rise and environmental destruction can cause an irreversible collapse of the ecosystem a few human generations from now, scientists warn. This is in contrast with the largely held view that environmental collapse would be gradual and take centuries. The team compared the biological impact of past episodes of global change with what is happening today. The factors included a rising population and increasing temperatures.

The team determined that once 50-90 per cent of small-scale ecosystems become altered, the entire eco-web will tip over into a new state, characterised by species extinctions. Moreover about 43 per cent of land surface is being used for farming or habitation. It will increase to 50 per cent by 2025 and risk future food security. Nature, June 6 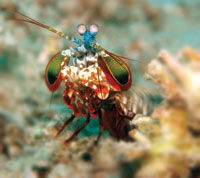 The colorful peacock mantis shrimp is known for bright red appendages, which can easily smash through mollusc shells and even aquarium walls. Researchers have now found what makes these appendages, called dactyl clubs, so powerful. The face of the club is made of a highly crystallised form of calcium phosphate, the same mineral found in bones.

This gives it a high compressive strength. The lower region is made up of chitin and helps place the rest of the club under compression. Findings could help develop strong material for use in body armor and crash-resistant vehicles. Science, June 8 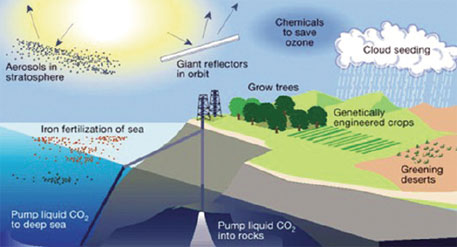 Artificially engineering climate to fight global warming has always been a controversial idea. It involves mimicking the effects of natural processes like large volcanic eruptions by releasing sulphur dioxide into the atmosphere, to deploying giant mirrors in space to deflect the sun’s rays.

Scientists who studied the impacts of geoengineering in Europe and North America have warned that it could radically reduce rainfall in the region. The scientists used computer models to see how the climate would respond to increased levels of carbon and reduced radiation from the sun. They found that on an average rainfall reduced by 5 per cent in the region over long periods. Earth System Dynamics, June 6 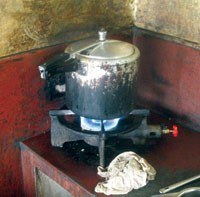 Most of us are worried about the pollution outside. But take a look inside your home. Pollution levels in kitchens with gas appliances are three times higher than outdoor. Scientists compared houses that used electric cookers to those using gas appliances. Samples were taken from each kitchen, over a four week period.

They found that nitrogen dioxide levels in kitchens with gas cookers were three times higher than the levels outside or in houses with electric cookers. The kitchens with gas stove also had higher levels of carbon monoxide. Scientists say this is a cause for concern as most of us spend 90 per cent of the time inside house and programmes on air quality focus on what we breathe outside. Journal of Indoor and Built Environment, June 7

Stainless steel is an irreplaceable part of homes and restaurants. But it readily collects bacteria over time which can spread diseases. Scientists have now found a way to make stainless steel that disinfects itself. It involves applying a layer of 3,4- dihydroxyphenylalanine (DOPA), a major part of natural glue secreted by mussels, to the steel. It is followed by four alternating layers of a negatively charged polymer and positively charged polymer containing silver particles, which are highly bactericidal. The process takes 10 minutes. Langmuir, May 8

Ten years ago, researchers had claimed that they have discovered neutrinoless double beta decay in which the neutrino, an expected product of decay process, is not produced. This suggested that the neutrino, a neutral sub atomic particle, has its own antiparticle which annihilates it.

This also went against the existing theories of Physics which dubbed neutrino as a neutral particle and therefore could not have an oppositely charged counterpart. Now researchers who studied the process again say the decay does not occur and neutrinos are neutral. Physical Review Letters, May 25

Fat can be good, especially that belly fat you want to get rid of. The fatty membrane in the belly, called the lesser omentum, has been found to regulate the immune system and provide a first line of defence against infections, especially viral.

It can even help regenerate damaged tissue after an injury. Till now, the membrane was thought to have no use. Researchers also found that cells from this membrane can differentiate into lung-type cells and bone cells.

This can help in treatment of organ transplant patients with auto-immune diseases. PLoS ONE, June 6 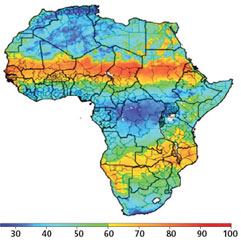 In malaria endemic countries giving children a monthly drug against the illness could save the lives of thousands every year.

Malaria is a particular problem during and immediately after rainy seasons.