Out of the total 7,511 species of amphibians alive today, 40 per cent are declining 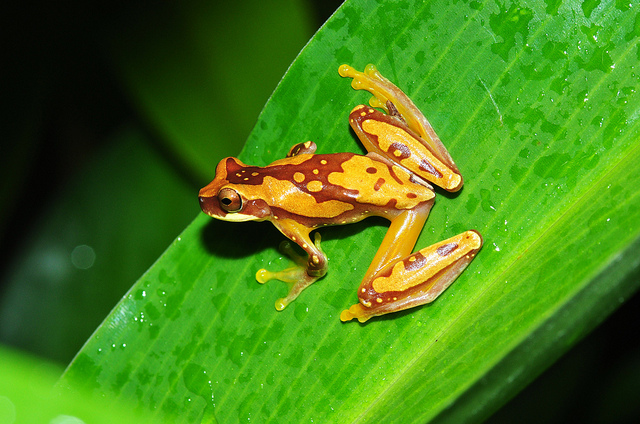 Amphibians, that have declined worldwide due to attacks by fungal pathogens, can now be protected. Scientists at the annual convention of the American Association for the Advancement of Science (AAAS) have used previous declines as reference to come up with ways to prevent the ongoing ones. The convention began on Feburary 11 in Washington DC and will continue till February 15, 2016.

“Nearly 20 years ago, the world was caught unaware by many die-offs and disappearances of amphibians. I personally witnessed die-offs in remote protected areas of Costa Rica and Panama,” said Karen Lips, professor at the Department of Biology, University of Maryland.

Amphibians are crucial to the ecosystem as they feed on insects, flies and mosquitoes that cause diseases in humans and are eaten, in turn, by mammals, birds, reptiles and snakes. Many materials derived from amphibian skin have anti-fungal properties.

Out of the total 7,511 species of amphibians alive today, 40 per cent are declining. Among these, 30 per cent are officially threatened and 168 are considered extinct in the wild.

These declines have been attributed, at least in part, to infectious diseases. A fungal epidemic caused by the pathogen “Bd” was first linked to the decline of anurans (tailless amphibians) in Australia and South America in 1993. Since then, the fungus has been identified in amphibian communities in Europe, North America and Africa. “I literally saw tens of thousands of animals die in a mass die-off event in California in 2003-04,” said Vance Vredenberg, assistant professor at the San Francisco State University.

New research has equipped scientists with a better understanding of Bd. Firstly, there is an incredible amount of Bd in the world. “This has changed the way we thought about amphibian disease. Our one-host, one-pathogen understanding has given way to an understanding that is multi-host and multi-pathogen,” Lips said.

Secondly, it is important to note that not every amphibian dies of chytridiomycosis, a skin disease in amphibians caused by fungi. Some have natural bacteria in their skin that provides resistance against the disease. “This has made us realise how the development of probiotics for susceptible amphibian species can help contain their decline,” Lips said. Finally, researchers also found that the host immune system of an amphibian can develop memory of Bd, thereby guarding the amphibian against the disease in the future.

In 2013, a second fungal pathogen, Bsal, emerged in the Netherlands. In 2014, a team of researchers led by An Martel of Ghent University in Belgium described its origins and targets in a paper in Science magazine. Bsal targets salamanders and newts and is likely to have originated in Asia. It may have travelled to Europe with the transport of salamanders in the pet trade.

Researchers expect that findings from research on Bd can be extended to Bsal. All this can now be used to prevent another catastrophic amphibian decline.