With two strong gravitational waves in four months, scientists can now work towards mapping the population of black holes in our universe 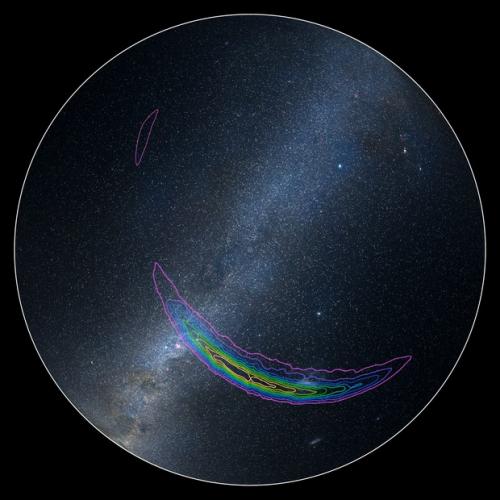 Scientists from the LIGO and Virgo collaborations observed gravitational waves for the second time on December 26, 2015. The first observation of gravitational waves was made on September 14, 2015 and was announced on February 11, 2016. The signal is a tiny distortion of space-time which came from a final ‘spinning dance’ of two black holes on the point of merging called coalescence.

The first detection of gravitational waves was a milestone in physics and astronomy as it confirmed a major prediction of Albert Einstein's general theory of relativity in 1915, and marked the beginning of the new field of gravitational-wave astronomy.

The second sighting of these waves confirms that such cataclysmic events are frequent. Data collected between September 2015-January 2016 hints at a possible sighting of this event of third type on October 2016, but with a lower level of intensity.

When are these gravitational waves produced?

Black holes are the final stage in the evolution of stars; they form a pair, orbiting around each other. These are so dense that neither light nor matter can escape from them. Gravitational waves carry information about their dramatic origins and the nature of gravity that cannot be obtained otherwise. Physicists have concluded that these gravitational waves were produced during the final fraction of a second of the merger of two black holes to produce a single and more massive spinning black hole.

Both discoveries were made possible by the enhanced capabilities of Advanced LIGO (Laser Interferometer Gravitational-Wave Observatory), a major upgrade that increases sensitivity of the instruments compared to the first generation LIGO detectors, thus enabling a large increase in the volume of the universe being probed. The gravitational waves were detected by both the dual LIGO detectors located in Livingston (Louisiana), and Hanford (Washington) in the US.

The second discovery "has truly put the 'O' for Observatory in LIGO," says Albert Lazzarini, deputy director of the LIGO Laboratory. "With detections of two strong events in four months of our first observing run, we can begin to make predictions about how often we might be hearing gravitational waves in the future. LIGO is bringing us a new way to observe some of the darkest yet most energetic events in our universe."

This is important because it will help scientists to better understand pairs of black holes. LIGO data will also help theorists to further test and refine the theory of general relativity. It can elucidate the origin of binary black holes:  were they originally pair of stars that turned into black holes or did one of them capture the other.

"It is very significant that these black holes were much less massive than those observed in the first detection," says Gabriela González, LIGO Scientific Collaboration (LSC) spokesperson who teaches physics and astronomy at Louisiana State University. "Because of their lighter masses compared to the first detection, they spent more time—about one second—in the sensitive band of the detectors. It is a promising start to mapping the population of black holes in our universe."

On the basis of the data, LIGO and Virgo scientists estimate that the mass of black holes was between 8-14 times that of the sun. Lighter black holes moved towards each other less rapidly. It lasted several seconds. As a result, a number of orbits were observed just before the merger. This event took place 1.4 billion light years from earth, implying that gravitational waves travelled through space for 1.4 billion years before being detected by the twin detectors.

Scale of the project

This discovery was made by an international collaboration with the CNRS team which funded the Advanced Virgo project. LIGO research is carried out by the LIGO Scientific Collaboration (LSC), a group of more than 1,000 scientists from universities around the US and 14 other countries. These observatories are funded by the National Science Foundation (NSF), Germany (Max Planck Society), the UK (Science and Technology Facilities Council, STFC) and Australia (Australian Research Council). They were conceived, built and operated by California Institute of Technology and Massachusetts Institute of Technology.

Virgo research is carried out by the Virgo Collaboration, consisting of more than 250 physicists and engineers belonging to 19 different European research groups. Committed for more than 20 years to the construction of Virgo and then Advanced Virgo, France is among the frontrunners in the search for gravitational waves.

"In the near future, Virgo, the European interferometer, will join a growing network of gravitational wave detectors, which work together with ground-based telescopes that follow-up on the signals," notes Fulvio Ricci, the Virgo Collaboration spokesperson. "The three interferometers together will permit a far better localisation in the sky of the signals."

Advanced LIGO's next data-taking run will begin this fall. The Virgo detector is expected to join in the latter half of the upcoming observing run. "We are starting to get a glimpse of the kind of new astrophysical information that can only come from gravitational wave detectors," says MIT's David Shoemaker, who led the Advanced LIGO detector construction programme. As demonstrated by the first phase of data collection by the Advanced LIGO detectors, gravitational waves have now become a new way of exploring the Universe and the most fundamental of interactions, gravity.

The American Astronomy Society, San Diego, will publish this study in the Journal Physical Reviews Letters.